I hate getting up early. But, to race bikes, it is mandatory sometimes. Chequamegon starts at 10am, so it isn’t that early. It is chaos around the compound the last 24 hours. I think there were like 20 people at Dennis’ house last night for dinner.

Brian, Kent and I rode the last 10 miles of the course. Plus riding over there and back it was nearly 30 miles. I talked to Matt Shiver and he said that J-Mac and VDV were going to ride the whole course. I told him the time to beat was 2:18 I did a couple days ago. I hope they’re tired now. I never saw Matt, but got the wheels that Scott Daubert has sent. I had pretty much decided on leaving my own wheels on until I saw/felt these. The Dugast tires were way wider and more volume than I’d anticipated. And way lighter. So, I’m racing them. Sewups roll way smoother than clinchers. I’m going to put a few more pounds of pressure in the tires and cross my fingers.

I feel pretty good riding, but this is an exceptional field this year. I think I’ve finished on the podium close to 10 times here. I lose count. I got a comment about Jason and Christian riding and the UCI rules preventing it. That rule is bullshit and should be throw out. If you’re a professional cyclist, I think you should be able to enter any race that you want. Bar none. The UCI is not looking out for the health of the sport or that or it’s riders by trying to enforce such a stupid rule. I’d love it if Levi, Lance, Cadel and a bunch of other Pros wanted to come race. Makes for just a better day on the bike.

I think the normal suspects are going to be there. I don’t really keep up with the guys that are good, but not on the podium here. That is my fault and something I’ll have to deal with later today. But, I’d be surprised is either Jason or VDV ride away from the field and massacres everyone. These guys are to good and know the course too well to let that happen. We’ll see.

If you want to check out the results, you can go to the timing company here, and they have the real time results as we finish. It will be around 12 noon or a little after when we’re done. 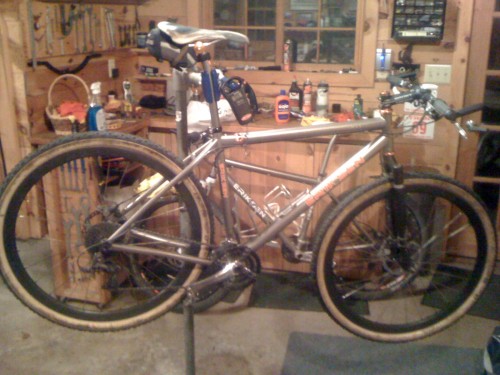 Here's my bike for the race. It weighs right at 20 pounds. Might be a little bumpy, but I think it will be fine. 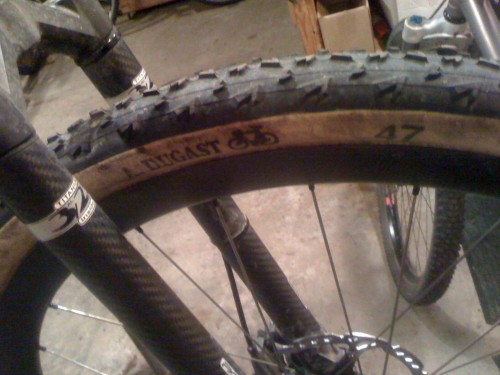 These 47mm tires are actually larger than that. Scott put a bunch of Stan's into the tubes, so that eases my mind a bit. 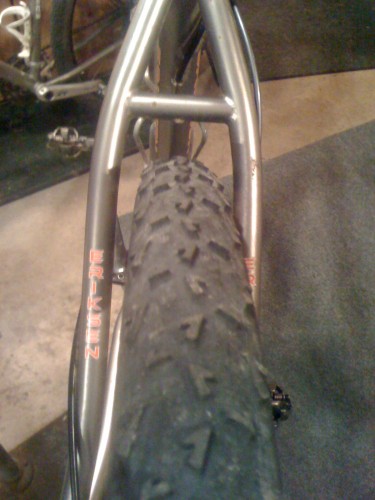 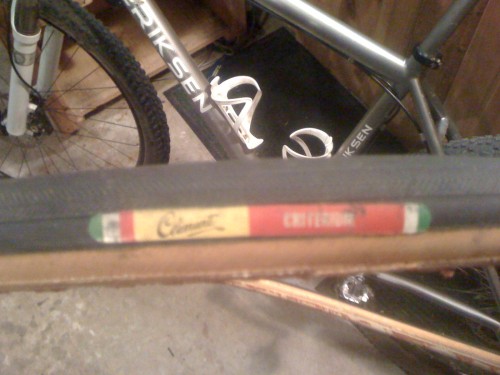 I would have liked to carry a cross tire for a spare, but this is the only tubular here. A old Clement Criterium. Enough to limp home on. I hope I don't have to find out. 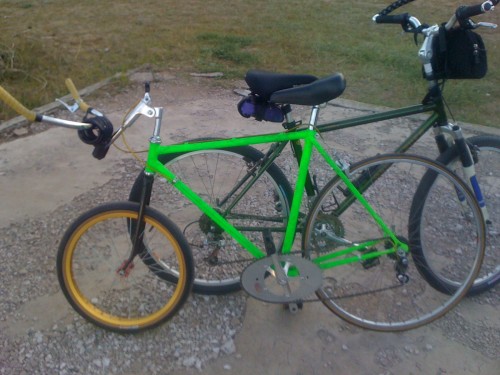 I saw this bike at registration over at Telemark. Man, is it a mess. But a pretty cool mess. Left hand drive. 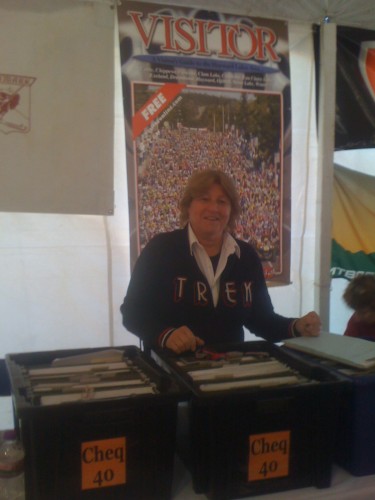 Here's Trish, she is really the brains of the Chequamegon operation. 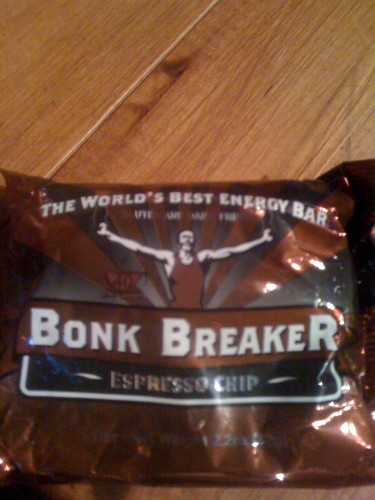 I've been worried about bonking because I've been feeling pretty spent at the end of each ride the last 3 days and then Trudi produced this. I'm saved.