Velonews/Cyclingnews, etc. reported today that Jeannie Longo’s husband, Patrice Ciprelli, bought some EPO from Joe Papp. That is not a good thing.

This story bothers me for a variety of reasons. One is feeling bad for Jeannie. I have known her forever and I have witnessed her doing incredible feats for decades. Way before these oxygen carrying drugs came on the market.

The 2nd is, that it is my opinion, that everyone that Joe has named so far has turned up to be “guilty” of purchasing EPO.

3rd is, why Patrice would need to purchase EPO from Joe Papp here in the United States.

But the real problem I have with this is Joe’s statement that Ciprelli said it was for Jeannie – “Papp said: “I sold EPO to Ciprelli around this time. He contacted our website and specifically asked how much it would cost for 80,000 iu of EPO to be sent to France. He mentioned it was for his wife.” That doesn’t make any sense at all. None. I don’t know Patrice, but I have to say that I don’t know anyone that is stupid enough to be buying drugs from someone and telling them the drugs are for someone as famous as Jeannie Longo. 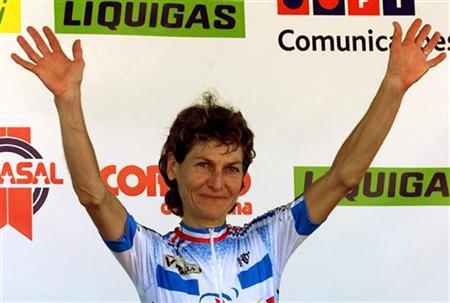 Say it aint' so Jeannie.