Okay. Kind of short of time. It is close to 1000 miles back to Topeka depending which way I end up driving. Yesterday in Durango was good, but I’m kind of stressing because I need to drive home, put a bike together and get up to Northern Wisconsin before next Saturday. Rested hopefully.

Ned and I rode MTB bikes over at the park named after him. I felt sort of shitty in the morning, plus I haven’t ridden singletrack for ages, making it kind of hard right from the start. Ned says he’s coming down with something from flying over to Europe and lack of sleeping, but I can’t tell anything from his riding. He was riding some big travel duel suspension bike and was putting time on me on the descents, which bothered me to no end.

The MTB riding around here is unparalleled. I wish I could have done more, but wasn’t around long enough to really explore. I think I might come back out here for the Road Apple Rally in October. I’ve never done that event and it has always been on my list.

I’ve having a hard time locating some 29’r tubular MTB tires for my wheels. Hopefully I’ll get that worked out on the drive back. That is one good thing that cell phones are for.

Alright, I need to get driving. It’s all day plus more. 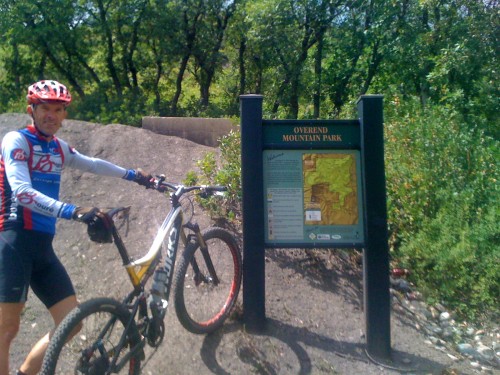 I made Ned poise next to the sign with his name on it. 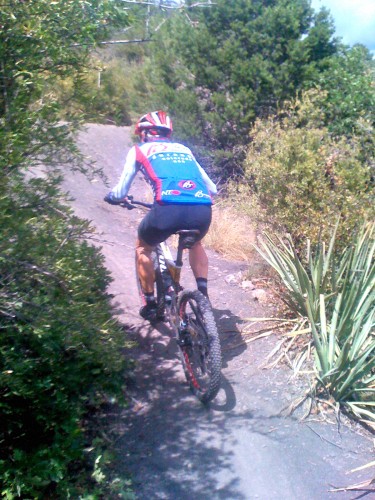 Maybe Ned wasn't climbing that fast if I could be getting my phone out of my pocket to take pictures of him climbing. 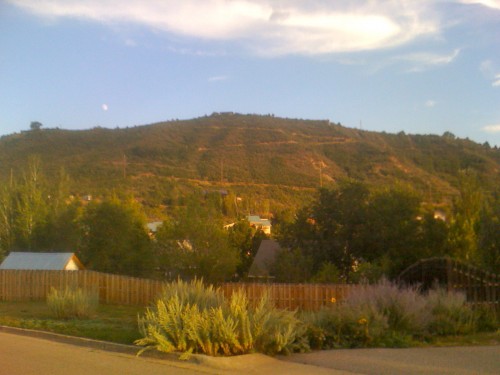 This photo is taken from Ned's driveway. He has a hard climb right out his door. 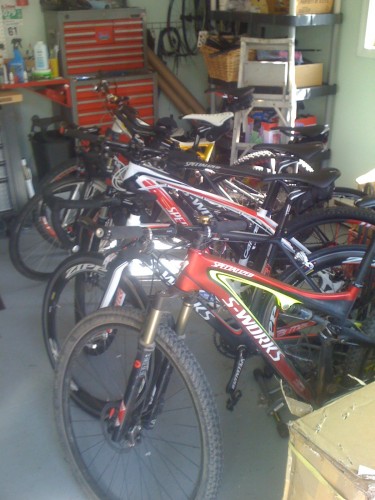 Ned has 6 mountain bikes in his shop better than mind. I'm going to have to work on that. 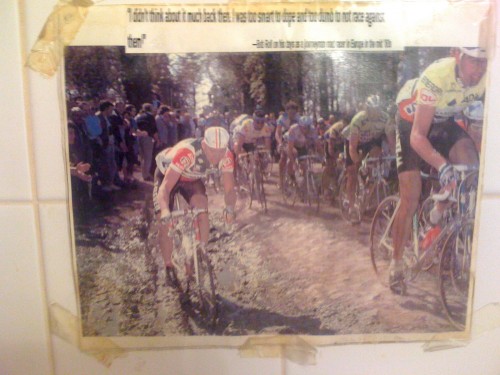 Durango is cycling crazy. I saw this on the bathroom wall of the bakery down the street from Ned's. 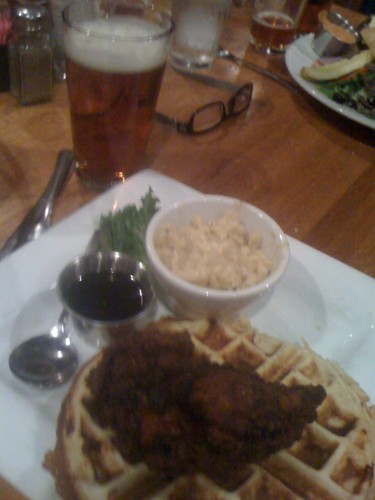 Ned ordered this for dinner. Chicken on a waffle with macaronni and cheese. It didn't turn out to be that good.

2 thoughts on “Back to Kansas”