Yesterday was a criterium up by the ski resort here in Steamboat. It was a tricky course and it was pretty windy, which made the race a little sketchy. Lots of corners and a small hill to make it just that much harder. There is a lot of diversity in the abilities of the field here. There are only 50 guys, so there aren’t that many places to hide when the going gets hard.

The race started pretty quick. I don’t know most of the guys riding here, so it makes it difficult to read the race. A few moves went early and finally a 5 man group formed off the front. I was feeling just okay. My legs were good, but my lungs were a little at their limit. I felt better and better as the race progressed. The 5 riders break got up to nearly 50 seconds, but never really ever broke the back of the field. It was sort of hard telling if the guys at the front were chasing or blocking early on. Finally with 20 minutes to go, out of 80 minutes total, Nathan Wilson, California Giant Strawberry, went to the front and really put in a huge effort and brought the break back gradually. He was having a great day protecting his 3rd overall GC.

The last couple laps got going pretty good and the field was splitting up through the corners. I got up towards the front and eventually on the last lap got up into the top five. By the time I got up to Colby Pearce’s wheel, he had already took off 500 meteres out. I never closed the 5 bike length gap to him, but finished 2nd in the field, so 7th in the race. Jesse Goodrich won the sprint over Scott Moninger in the break, which only finished 14 seconds ahead at the end.

I’m here mainly for training and this race was great for that. It was a pretty hard race, but not that hard it was over the top. We had an average speed of a little under 27 mph, which was good considering the wind.

At noon we’re doing a 70 mile road race that involved a ton of climbing. Peter Stetina won the stage last year. My lungs are a bit toasted still, but should be better after riding a little. It is super nice out, with the highs in the 60’s, so a great day to race bikes. Should be fun. 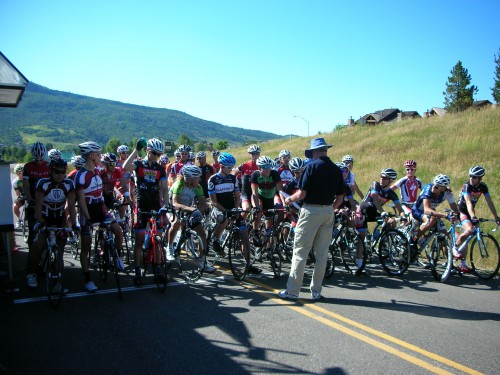 Just around 50 riders in the field and 1/2 got shelled in the race yesterday. 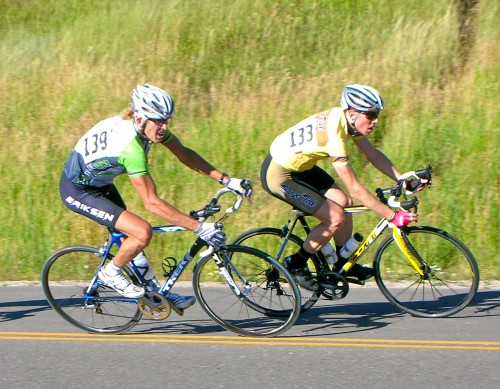 There were lots of fast sweepers, that were tricky, on the course. 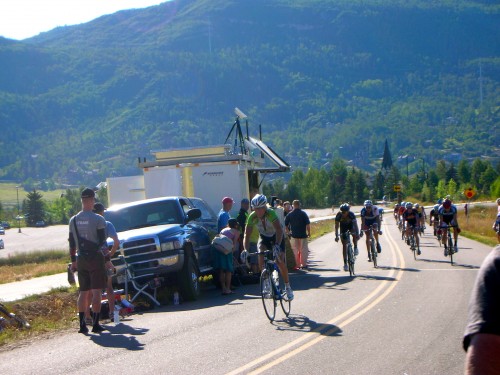 I was just ahead of the field at the end, finishing 7th. 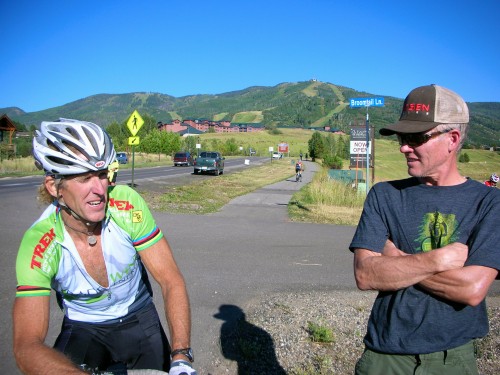 Kent and I after the race.