Yesterday was really crammed packed full of things to do. The Vail TT took a ton of energy. The problem was that they pretty much closed the course down over an hour before the start of the race. I was riding up to the finish and when they told the course marshals to close the course, then they tried to make everyone walk their bikes. It was bad planning. There were a ton of people, 1000’s that would have been at the top, but were not allowed to ride up.

Anyway, watching TT’s is not exactly my idea of super bike race spectating. It was amazing to me how many guys were in their TT position at 500 meters to go when they were going less than 15 mph. I guess they were so starved for oxygen, that they forget to get into a more efficient position.

I followed J-Pow down the course. They were making all the riders stay at the top, but Jeremy didn’t feel like spending the extra 2 hours in his chamois.

Then the Coor’s Reuion was at 6 at the Four Season’s. It was pretty good. I hadn’t seen a lot of the people for decades. I see most that are still involved in the sport pretty often, but saw lots of friends I hadn’t seen since they quit racing. Catching up with Davis was good. Marianne Martin was taking photo (professionally) of everyone. They will be tons coming the next few days.

So, Keith and Catherine drove out from Kansas and are riding over to Vail/Avon this morning to watch the start. We’re hopefully meeting up soon for coffee and making our way over there. We staying here for the finish in Breckenridge on Saturday and then heading down to Denver I guess. I need more sleep. 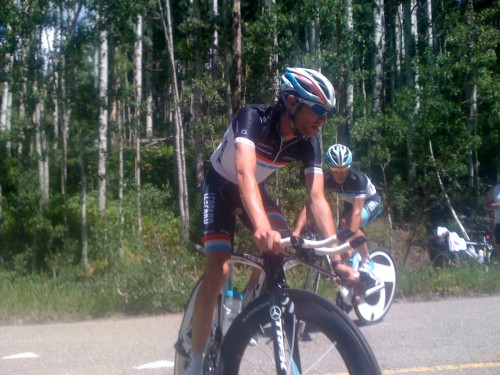 Frank Schleck made a U-turn at 500 meters where I was sitting. 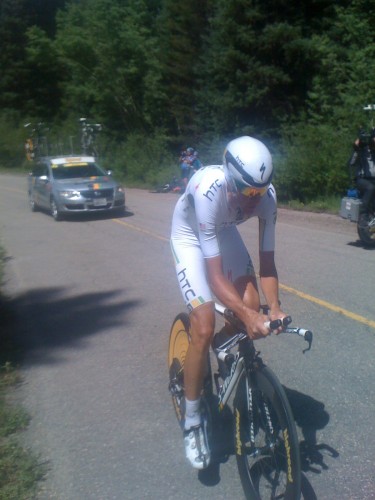 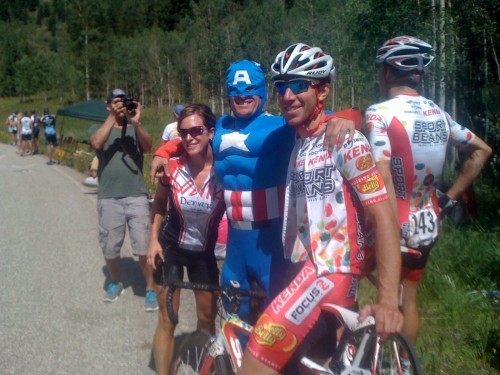 J-Pow stopping for a few photos on the way down. 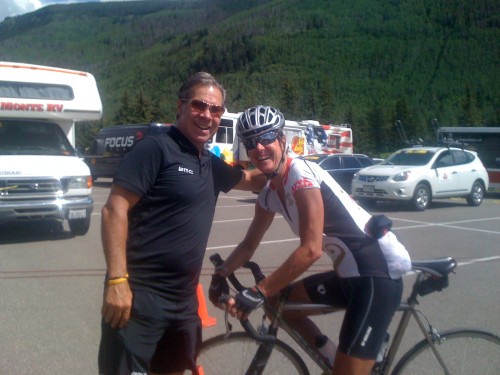 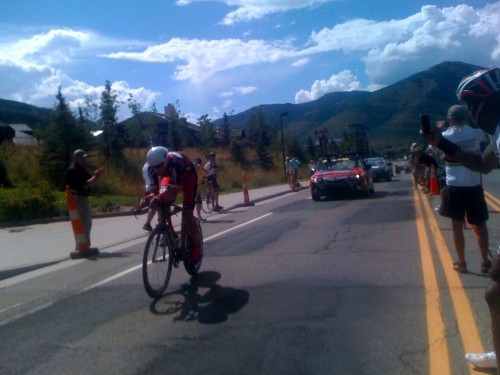 George settling in at the start of the TT. 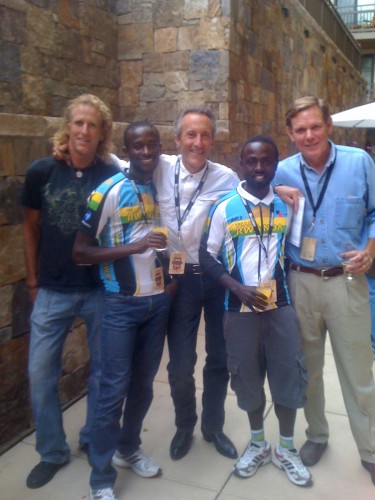 Me with Jacque Boyer, Team Rwanda, and Dave Chauner. 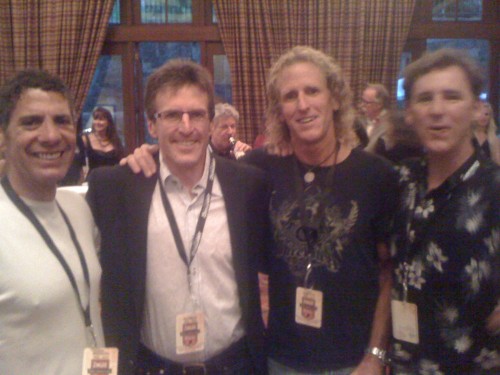