Yesterday might of been the hottest day I’ve ridden in ever. I’m not sure, but it seemed pretty hot. Okay, really hot. The funny thing is that you’d think it would be cooler coasting downhill, but it actually was hotter. Opposite of wind chill I guess. I think that anytime you get over 98.6 degrees, body temperature, that will be the case. I know evaporation and humidity has a bunch to do with this, but it was definitely the case yesterday. (Feel free to correct me here if I’m wrong.) When I spent a winter in Grand Forks North Dakota, I rode my bike at -25 below, so yesterday riding at 109 makes it a 134 degree temperature span. That is enough for me, I don’t need to try to break that anytime soon.

Anyway, we had a 21.1 mph average for a little over a hour and a half. That was pretty quick. I didn’t feel too bad. I actually never felt hot, but like I’ve stated here before, I don’t seem to have an ability to judge how hot it is when it get extremely hot. I just feel the effects of it when it’s too late to correct the downward spiral.

Today is forecast to be just 107. But, yesterday was forecast to be 103 and it was 109, so it could be pretty ugly again. I was replacing a brake caliper on my car, late morning, and had to stop when I couldn’t pick up the tools anymore because they were too hot and my hands were so slick, from sweat, that I was having a hard time keeping hold of them.

I always race in long finger gloves. I haven’t been wearing gloves at all training recently. That has changed. I hurt my right wrist/hand crashing at the Jingle Cross last November, and ever since then, my right hand goes numb. Actually, it is only my thumb, index finger and middle finger that go numb. If I shake my hand, the feeling comes back pretty quickly. Anyway, not wearing gloves when my hands are so sweaty, makes me grip the bars much tighter, making my hands go numb much more consistently. So, I’m back to gloves in training again.

Back to yesterday, it amazed me that I heard the never ending noise of roofing nailers firing all afternoon. I don’t understand how these transient roofers can work throughout the day in these temperatures. They must be hating life. An unlimited amount of work and it has been record temperatures for the past three weeks. It has to really slow down their productivity. But, that being said, those guys are much harder than I could ever hope to be.

I got a Nike Ice Vest in the mail a couple days ago. Thanks Ben. I tried it for a little bit today, but don’t think I have it down. It is a small/medium, so it is pretty tight on me. I froze it overnight, but the stomach area had been cut out and the baffles leak, so it might take some jerry-rigging to make it work efficiently.

Okay, deciding about racing this weekend. I need to race for sure. I’m probably not going up to Elk Grove. There is another race near St. Louis with good prize $$$. There is also a couple races in Denver that Brian wants to go do. The first, a hill climb up Lookout Mountain and the 2nd, a Criterium somehow affiliated with the PRO Challenge. I’m planning on eventually going West, so maybe it’s not such a bad time to head that way.

Update – the high is now forecast to be 110 degrees. That is way into triple digits. 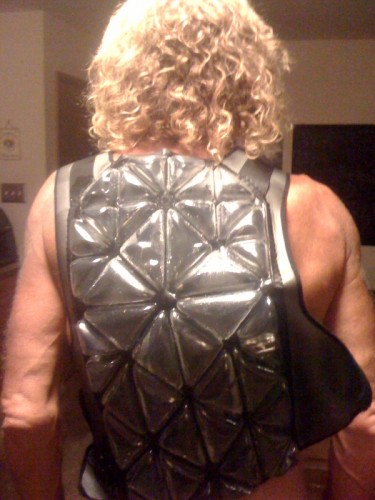 The Nike Ice Vest from the back. It is just baffles that you fill with water and freeze. 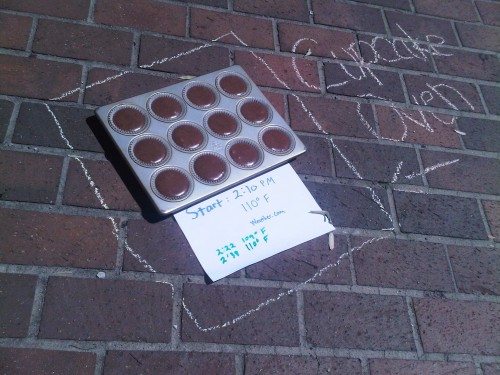 Trudi sent this from downtown Lawrence at 3 pm this afternoon. It's now 111 here. 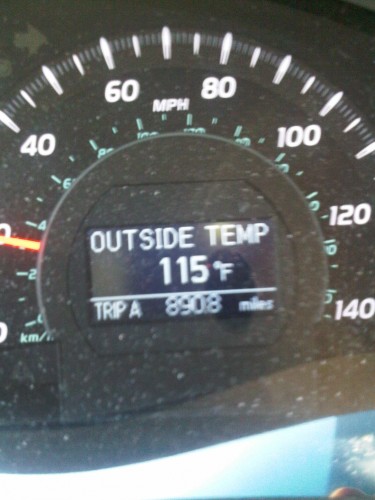 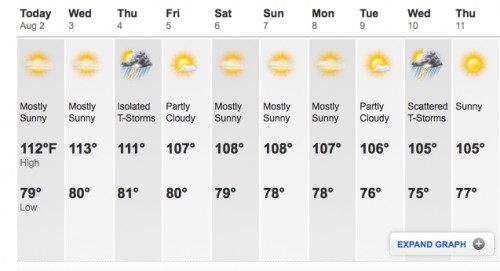 This only makes me feel like I’m being a pussy here. I especially like the high on Thursday. I don’t know how you do it Matt Ankeny.