On the ride the other day Bill was telling me this story of a mountain lion that was seen in Connecticut. Bill has a degree in wildlife something and seems to be really interested in mountain lions for some reason. The story was a mountain lion that was hit by a car in Connecticut and had walked there from the Black Hills of South Dakota. This article confirms it really happened. Anyway, mountain lions don’t normally wander so far, but it is amazing that this guy made it half way across the US in today’s world. It is a true tragedy that he got hit by a car.

I was thinking about how special so many animals are and how humans lack most of the ordinary skills that lots of mammals possess. I think it is strange that we have to eat so much. I don’t know why it is that humans have to eat a few times each and every day. Not saying that we can’t get by for a day or two without food, but if we have our druthers, we eat daily, more than daily. It seems like we have to eat way too often. I don’t really know about the quantity of the food compared to other mammals, but I sometimes wish we could just stock up internally on food and then go for a few days without worrying about it.

And most all mammals can out perform humans athletically. I think it is amazing that an out of shape dog, about any dog, can out run an elite trained human. Deer, horses, camels, you name it, seem to be more fit that super fit humans. That isn’t even taking into consideration the average, out of shape, human. That isn’t a competition at all.

I’ve been watching this kitten mature in front of my very eyes this past week. It is getting so much more coordinated in such a short time. I know cats don’t live nearly as long as a human, but this guy is less than 5 weeks old and can pretty much take care of himself. More than take care of himself. At three weeks old, he sort of took care of himself, by subsisting on bugs and such when he got separated from his mother. There is not chance a human baby could do that, even if we gave it a couple years. It doesn’t seem right.

Anyway, the point of this whole thing is that we, as humans, shouldn’t go and think we’re all so special. And we, as athletes, should remember, no matter how trained we are and how refined we become, an old, sick horse can out run most of us all of the time. So, let’s just look at sport as what it is, just a way for us humans to compare ourselves to each other. Nothing more, nothing less. 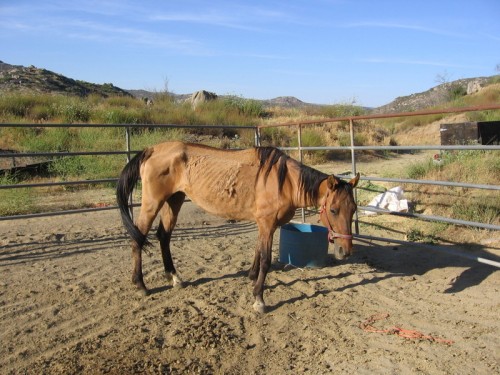 This guy could kick most of our asses in about any race.

15 thoughts on “Humans Aren’t So Special”