I got to France just in time to catch the start of the TT at the team hotel. The race went pretty much as I expected, other than I didn’t expect Cadel to be in contention of winning the stage. He had a pretty amazing ride. I don’t think that either of the Schlecks rode that horribly, they just rode up to their capabilities. Finishing in the top 20 of the Tour de France ITT isn’t something to whine about, unless you lose the lead doing it. And that is what they did. There really wasn’t much of a shake up in the top 10.

So now, from my perspective, it is going to be a Cadel Evans celebration. It started as soon as Andy Schleck crossed the line. At least here in Paris, champagne was flowing. I am pretty mixed up on time, but am up for whatever. We just got back from a long and enjoyable dinner and it’s nearly midnight, but I’m going to go out and walk for a while. Trudi isn’t showing for a couple hours. She has to drive from Grenoble to Paris tonight.

I have the “super pass’ to sit nearly at the start finish line tomorrow. I’m not too big on spectating races that I’d like to be racing, but last year wasn’t so bad, so I don’t see what would be different this year. I know it’s going to be a zoo at the finish with Cadel winning, so I think I’ll just hang somewhere else until the BMC bash tomorrow night.

Okay, I better get out on the Avenue des Champs-Élysées for a stroll. Modern travel is so amazing. 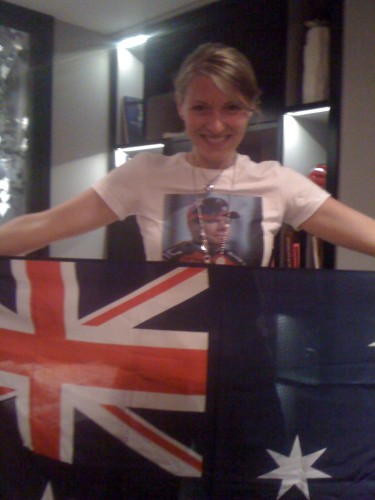 This is Cadel's wife, Chiara, flying the colors after the TT victory by Cadel. She was pretty emotionally exhausted from the whole thing. 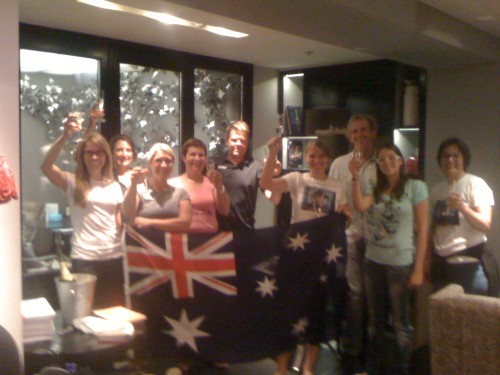 Group photo at the team hotel. 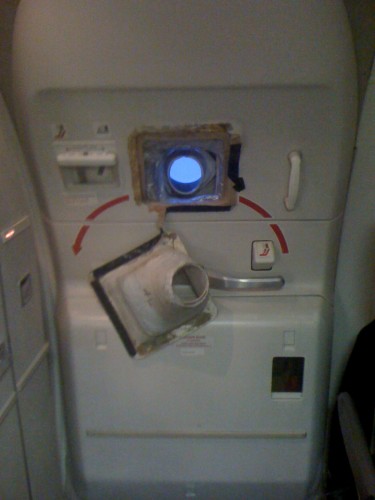 This is a picture of the exit door on my United flight from San Diego to JFK. Give you alot of confidence on maintence. 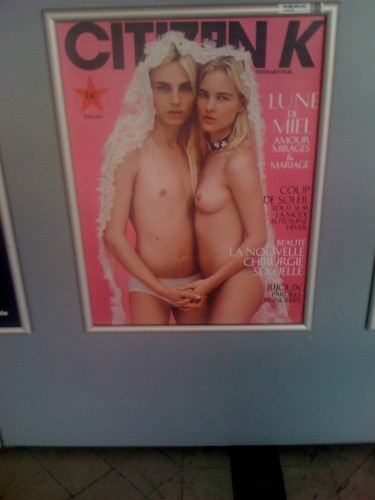 Took this photo in the Paris airport. They have a different view of nudity over here obviously. 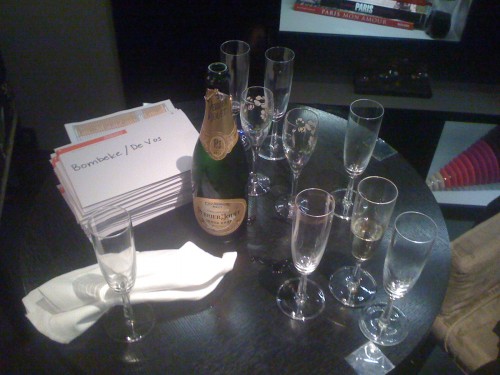 This was just the start of the champagne consumed this evening. And this was just by the support. 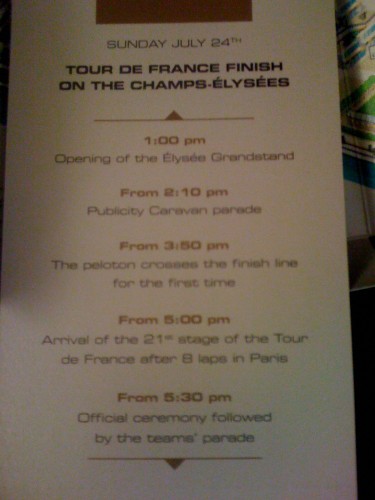 This is the super pass for the start finish line. 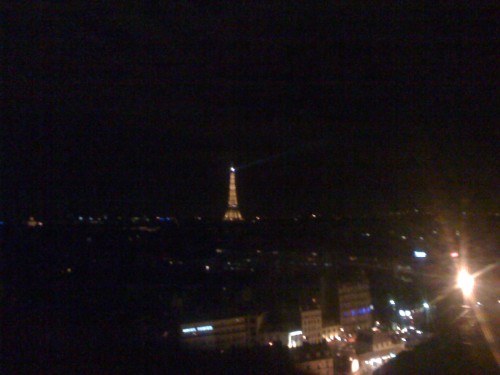 View from my hotel room window at midnight. 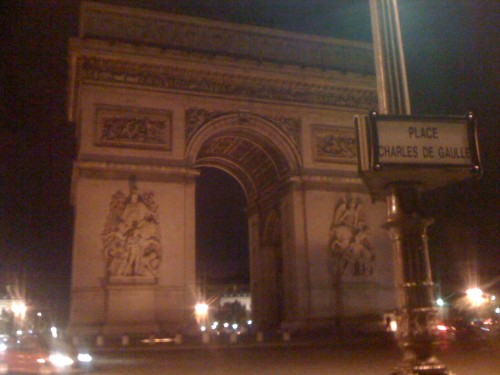 Just back from the Arc de Triomphe walk at 1 am. Lots more people smoke in this town that most others I've been at.

6 thoughts on “Made it to the Party”