I’ve been watching the Tour every morning. I think the racing has been better than the past, but that is mainly because of the terrain and the conditions and not because of the riders mentality. I do have to concur with the race announcers about the amount of carnage on the road. There are lots of reasons given for all the crashes-wind, pack nervousness, inattentiveness. One that I haven’t heard, that I believe is a major cause of the crashes, is the riders mentality to fight for position, that is to fight to stay on a team mates wheel or in the vicinity of their team mates, when they are in the middle of the field. That just doesn’t work in the sport, even though it seems to becoming the norm.

A field of riders is fluid. It needs to move like a school of fish, always in flux. When a group of guys, a team, decides that they aren’t going to give up position when they are in the middle of the field, the fluidity leaves. That is a recipe for disaster. Thus, tons of crashes. You’ll notice that many times, a lot of the guys involved in a crash are from the same team. That doesn’t necessarily prove my point, but it shows a good reason not to be riding with your team mates.

I’m not sure about the end of the racing either. Every guy on the same team doesn’t have the same bike handling abilities as each other. Like today’s finish for example. In the rain, it seemed like BMC kept Cadel at the front, but I’m not sure that any of the guys protecting Cadel have his bike handling skills in the rain. When I was riding for Levi’s, I surely didn’t want most of my team anywhere near me at the end of a wet race with slick corners. But, it seemed to work out for him, so what do I know?

It’s too bad Levi fell towards the end of the stage today and lost time. It was completely his fault though. The only thing I didn’t like about that was when he got up and going, you’ll notice that a hand mysteriously comes out of the passenger side of the RadioShack car and pushes him up to speed. That is bullshit. It wasn’t a flat or some other problem that he didn’t have control of. He fell on his own, he should have to make up the ground on his own.

I got a blood test in Kansas City yesterday. I’ll post the results below. I haven’t really looked at it well enough to try to figure out what, if anything is wrong. I know it has a few high and low findings. Hopefully, someone out there can let me know why I feel so crummy now.

The last two kittens were delivered to Lawrence together. I didn’t want to split them up, so it was great that they stayed together. But, two nights ago, Kris came back from a midnight MTB ride and brought back a 3/4 dead kitten. It was starving to death, plus it had been attacked by some animal, probably another cat, and was bleeding from it’s head and neck. It still can’t walk and hardly hold it’s head up. It eats a little and I’ve been squirting cat formula down it’s throat every few hours. I have no idea why all these cats/kittens seem to be entering my life. Seems too weird. Get rid of two kittens, gain one back.

I’ve been dieting for a few days now. Down around 5 pounds I think. I don’t weigh myself everyday. It’s fluctuates too much depending on how much I’ve ridden, drank, etc. I was hoping that I’d feel better by now. Always when I’m light, I feel good riding. Not so yet this time.

I put a new speedometer cable and windscreen my scooter yesterday. It is 100% humidity here, so I lost a few pounds of water weight messing with that. It seemed so straight forward, but nothing ever goes as easy as you hope. It was rewarding though.

I’m not sure what I’m doing this weekend now. There are road races in Nebraska and Iowa. And MTB racing in Colorado. Might just ride some until I’m going better. 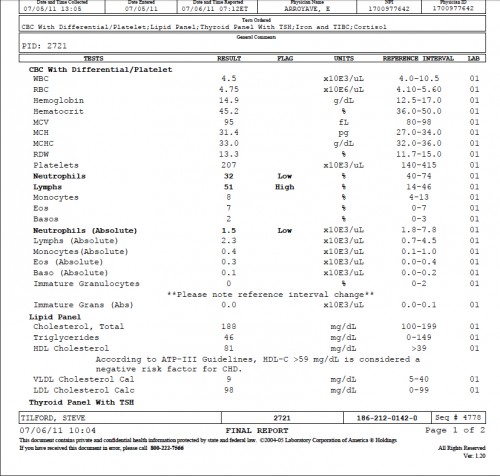 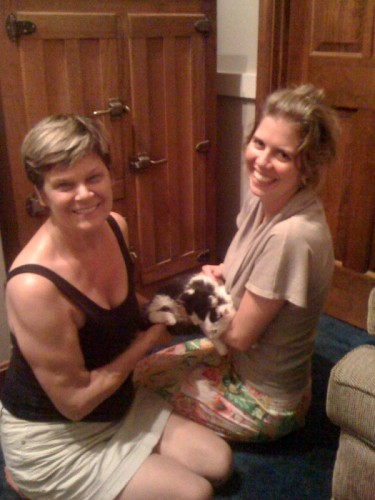 Lauren and her mom with the two kittens. 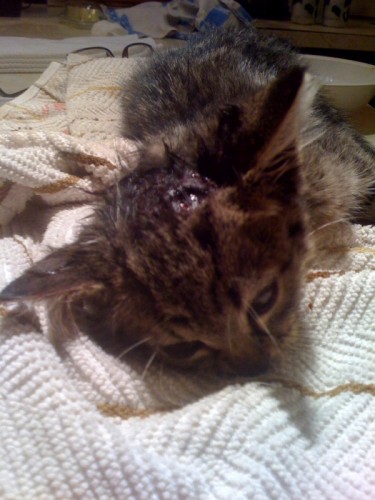 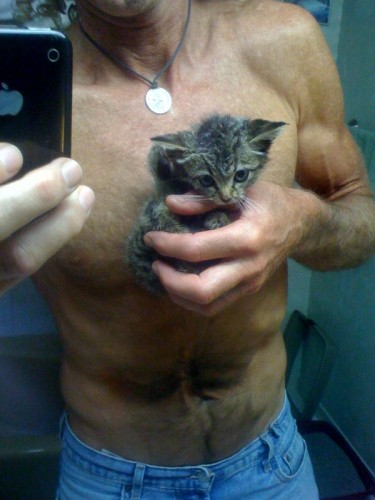 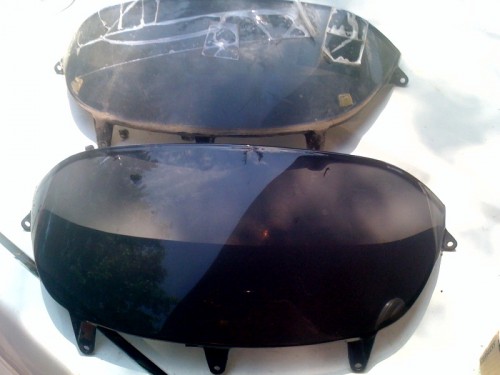 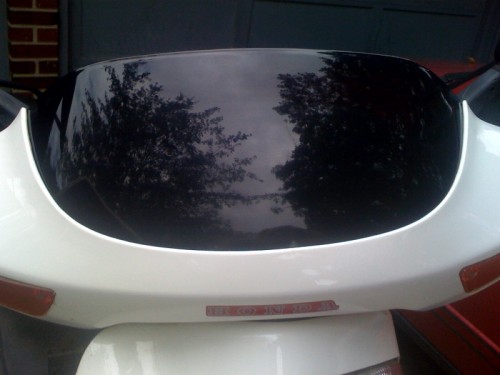