Sunday, after the ride, I was coming back through Central Topeka. It isn’t a very nice area of town. Run down would be a nice description. It was hot. I was riding back to my house along the same route I used to ride back from high school. Back then, the area was very nice. I’m not sure how an area gradually goes into disrepair and becomes undesirable, but it seems to take years and years. Along with the undesirability comes the crime, which makes it that much more undesirable. The old majestic houses nearly become valueless.

I was just taking my time, looking around and the route took me by an area called Central Park. I guess the reason for this is that there is a park here and it is in Central Topeka. When I rode to high school, the road had trolley tracks in it, but they’ve put asphalt over those. Central Park has a small pond in it. I used to ice skate on it when I was young. Sometime awhile ago, they put up a huge chain link fence around the pond because a kid fell through the ice and nearly drown one winter. That ugly fence stayed for years and years, but someone came to their senses and took it down a couple years back.

I was amazed how many people were out and about in Central Topeka, especially the park. When it gets hot, it seems like there are so many people out on their porches and in their yards, trying to stay cool. Exactly opposite from the rest of the city. In my neighborhood, no one is out and no one is sitting on their porches. They are inside, in the air conditioning, watching TV or whatever. Makes you wonder who has a more colorful life?

Anyway, when I was riding past the pond, there was this old guy fishing. He had driven his riding mower over to the pond with a trailer. He had three fishing lines in the ponds. He had music, through a inverter and a car battery. A grill and cooler. I thought I’d take a picture of him. He saw me and asked me if I liked his setup. I said for sure. He told me to come over and check it out. Next thing I knew I was eating a rib he grilled and drinking a Schlitz Malt Liquor. I wasn’t that into either one at the time, but am so glad that I didn’t want to be impolite and turn him down. Both were great. Especially in the heat.

The guy was really interesting. He told me that he just lived a couple blocks down the road and was having a big party at his house on Father’s Day, June 19th, and invited me to come on by and have some fine barbecue and grilled fish.

As I rode the 2 miles home, through the transition from the poor, dilapidated Central Topeka, to the sculpted lawns and sterile area, I felt sad that so many people don’t remember what it was like to doing normal things like this guy did on a daily basis. Walk to the grocery store, go down to the pond in the park to fish, talk to complete strangers and invite them to parties. This is just the way that guy operated. It’s the way that everyone used to operate, before garage door openers, 300 TV channels and the internet. I think we could all use a little less comfort and a little more neighborliness. 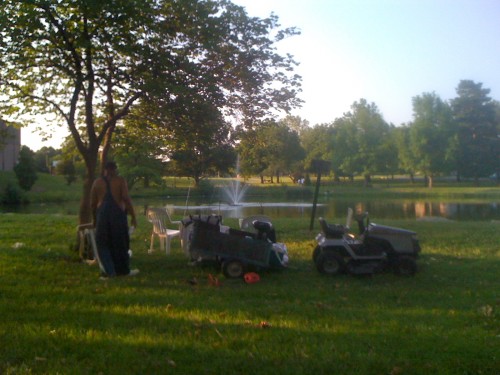 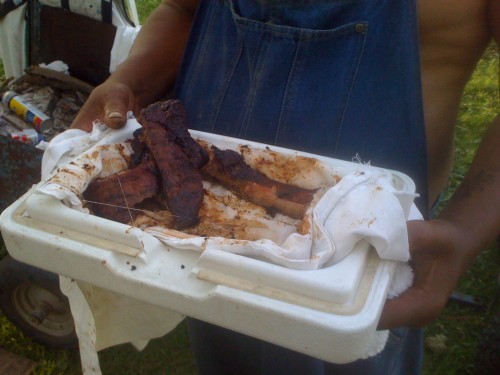 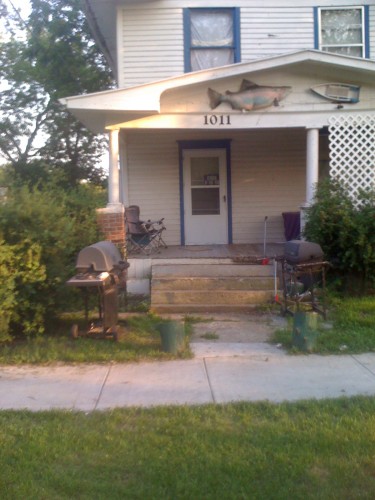 Did you go to Google today and see interactive doodle thing. You can play the strings. And record your song is you want. Pretty cool.