This photo was taken on the Morgul Bismark in the 1986 Coor’s Classic. It is of me and Giuseppe Saronni sprinting for a $500 prime at the top of The Wall. (I won by the way.) Saronni won the Pro World Road Championships in 1982. He finished 3rd a couple weeks later at the World Championships in Colorado Springs to his countryman, Moreno Argentin.

I thought of this shot because Saronni is in the middle of this whole new Italian doping investigation and is giving up his postion with Lampre-ISD.

I don’t believe I ever raced with him in Europe. He seemed pretty human during the Coor’s Classic that year, but obviously rode great at the Worlds. 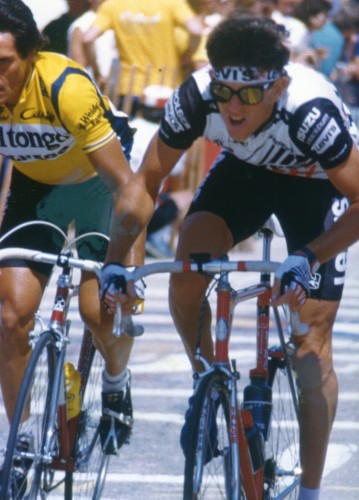 9 thoughts on “One of my Favorite Photos”