Since I had the scanner out, I saw these two photos also. So, why not? 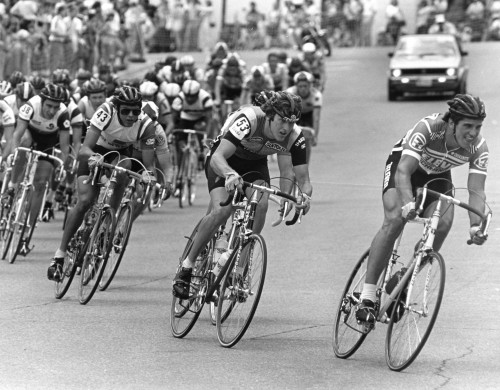 I think this was North Boulder Park. Eric Heiden leading me and Alexi. This was a year and a half after Eric won the 5 gold medals in the Winter Olympics. He'd slimmed down quite a bit by then. 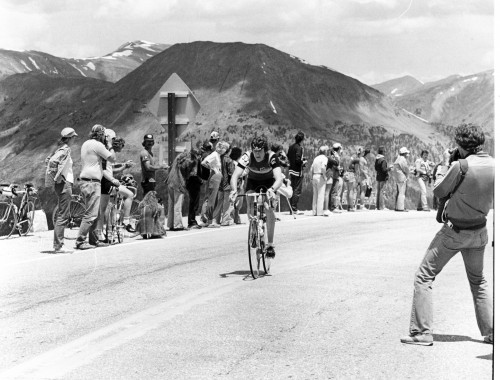 This photo is nearly at the top of Loveland Pass. I thought it would be the coolest thing in the world to win a KOM point in the Coor's Classic. No other thought after that. Those were the days.