The Redlands Bicycle Classic starts tomorrow with a 5 km uphill prologue. I wasn’t too concerned about the race. Really. Then I got a couple emails and texts from people asking if I’d read Alexi’s blog yet. I wasn’t at a computer, but clicked on it when I got back. Here is a link. Or just click to the right on Alexi’s Blog.

I got a little nervous for the race after reading that. I don’t put that much thought into races like Redlands. I hope I’m not making Alexi nervous. I’m not going to judge him and anything that goes on this weekend. I’ve experienced way too many things with him to judge him on a few days of early season bike racing. Especially since he’s been off the bike for so long.

But, now I’m thinking that people are going to start trying to compare Alexi, to me, to maybe Raul. I’m not going to be doing that. But, I’m sure some people will. I didn’t even know Raul was racing. I had talked to him in Texas and he said he was looking for a ride. I told him to email me, but he never did. Guess he figured something out on his own. If he’s going as good or better than a month ago, he’s going to kill me here. But, I’m not here to race Raul. Or Alexi for that matter.

I had a pretty shitty day riding yesterday. I’d hoped to be feeling much better out here riding than I was in Kansas. And I’ve had a few moments. Especially climbing off my seat. But, yesterday was not a moral booster. I was not good. Even bad. It felt like I had allergy/sickness legs. No energy. Nothing. If I have legs like that any one of the next 4 days, it is going to be a disaster.

Hopefully the ride today is going to be better. I’m going to ride down here in San Diego and then drive the two hours up to Redlands tomorrow evening.

I should probably track Alexi down and try to sooth some of his concerns. Redlands is a much different race than it was the last time he raced it. The overall CG has been decided on the TT virtually every year the past few. More than past few. There is more racing at Redlands than at Joe Martin and Nature Valley, but it is still mostly a defensive race to protect the time trial winner. And, if you win the time trial, you can obviously climb, so you’re not going to be having too much trouble on Sunset Loop.

Anyway, I’m going to enjoy having Alexi and Raul in the race. Out of the three of us, I’m the only one that never took any time off. I know what to expect. Maybe that is the apprehension that Alexi is showing. Raul probably has a little of that going on too. They have nothing to worry about. It’s just another bicycle race. No big deal. 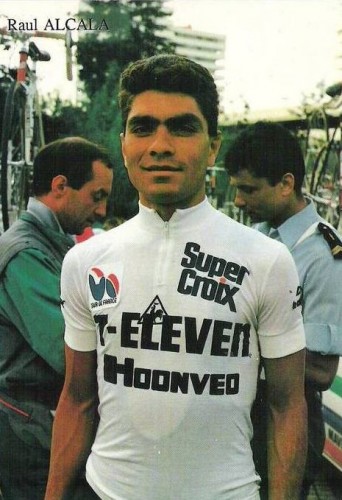 I have this jersey in my closet. Best young rider jersey from the Tour de France. Raul gave it to Trudi. 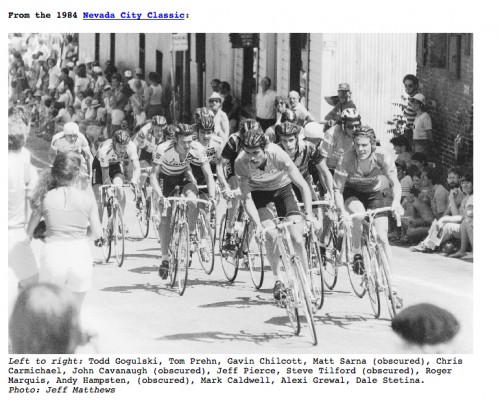