I was racing the Tour of Southland, in New Zealand, a few years back and on the last day it was super windy. Like 40-50 mph windy. That isn’t so unusual down on the southern tip of the South island in New Zealand The last day was two stages. A 50ish mile race point to point. Then an couple hours to eat and finally a short 40ish mile stage back to Invercargill. The first stage was nearly all tailwind. It was virtually flat with one couple mile climb right in middle.

We hit that climb in our 11’s and were climbing at 25 mph. The field still split up. I was riding on a team with Thurlow Rogers, my old Levi’s team mate. Towards the top, Thurlow and I were together and a group of 8 or so got a gap. I made a big effort over the top and made the front group. It was Hayden Roulston, HTC, Greg Henderson, SKY and a few others. The problem was that I suck with tailwind. Especially 50mph tailwind. I was spinning my 11 at 48-50 mph and was hurt. I stayed on for a few miles a eventually got popped. I couldn’t believe it.

Anyway, Thurlow caught up to me a little while later on his own. Thurlow has always pedaled super high cadence. I had to tell him to ease up a few times the last 30 minutes. It is weird how short a race is at that speed. You look down and you have 25 miles to go, but you’re going 45 mph. It had to of been the fastest average speed I’ve ever had in a race.

Thurlow and I moved up on GC some because we were the next guys to finish behind the leaders. We sat around the 2 hours and got ready to race the final stage.

The problem was the wind was still blowing, but the direction of the course was different. We were going to ride about 8 miles into a direct headwind and then turn right and have 50 mph crosswind the whole way to the finish. Every rider in the race was crazy nervous. I told Thurlow that we needed to go to the front immediately and pull with Rouston’s team that was going to be setting tempo. There are only 5 rider teams in this race, so there would only be 4 guys rotating. He asked me why. I told him that if we pulled the first 8 miles rotating, that when we got to the right corner that they would be “used” to us rotating through and we would have “earned” a slot in the rotation when it was side wind/gutter riding. Thurlow didn’t sound very convinced, but when the race started and I got up to the front, there was Thurlow.

Hayden’s team was a little perplexed at first why Thurlow and I were rotating and taking pulls. But, having 6 guys rotating into that crazy of a wind was much, much easier than just 4. We were probably only going 14 mph or so full tilt. We we got close to the corner, Hayden said something about bringing up the speed. It worked like clockwork. There was a mild sprint for the corner, but we turned it was a group and instantly there wasn’t enough room. Within a mile there were probably only 15 of us left. Just enough to do a double echelon across the road. And it was super easy. A big 15 guy echelon with everyone pulling. A lot of good riders missed that move.

I don’t remember exactly how the race played out. One guy from Christian House’s team, I think David Pell got away and won. Both Thurlow and I finished in the top 10 somewhere. There was very little chance that Thurlow or I would have made that split by regular bike racing. The New Zealand guys aren’t that friendly with the Americans on the road and most likely wouldn’t have let us in the rotation..

Afterward, Thurlow came up and said that the tactic was brilliant. Coming from him, I took it as a very nice compliment. It goes to show that sometimes that obscure race tactics/moves really aren’t luck and they do win bike races. 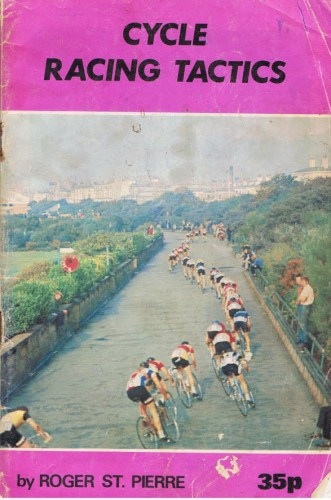