I was thinking how long a learning curve it is to attain enough knowledge to race a bike intelligently. If you’re really on top of everything, about the number of years it takes your body to morph into a efficient rider, your brain has enough knowledge to allow you to perform well.

I usually get stuff pretty quickly. It only took me two years on the Professional MTB scene to figure out that everyone falls down once in a while and there is nothing to be embarrassed about doing so. Other observations and tricks took longer.

Anyway, I was on the ride yesterday and we were talking about fighting. I remembered a fight that I had back in elementary school when I was in 5th grade.

I went to public schools here in Topeka, Kansas. Right next door to my elementary school was a private Catholic School that had grades 1-8. A tall chain link fence separated the two school grounds. One day during lunch, a verbal argument through the fence escalated into rock throwing. And finally meeting at the end of the fence to fight.

So a big group of us went to the end of the fence to fight a big group of “them”. But, when we got to the end of the fence, everyone sort of chickened out. Finally, my best friend came up with this great idea that one guy from each school should fight for everyone. Immediately I was the guy. I was probably 5 ft. tall and weighed 85 lbs. The Catholic guy was a 8th grader that was at least 50 lbs heavier than me.

I didn’t want to fight, but the guy punched me instantly. So, I was pissed and tackled him to the ground. I’d been fighting with my brother ever since I could walk, so I was pretty familiar with fighting tactics. I finally got the guy in a head lock with my legs, choking him. (That was the position I was always trying to attain fighting Kris.) He kept trying to hit me in the balls, but I just told him I was going to punch him in the face, and then punch him in the face, every time he hit me in the crotch. He stopped pretty quickly.

After laying there for awhile, maybe 5 minutes, the bell rang and everyone went inside. I kept trying to let the guy go, but he kept going crazy and hitting me every time I eased up with my leg pressure. So, we just stayed there on the ground at the end of the fence.

After about 10 minutes, the principle from my school, Dr. Frank Wilson, came striding across the schoolyard. Someone must of told him I was outside fighting. He was the principle of Monroe Elementary School that didn’t allow the Linda Brown to go to a all white school in Brown v. Board of Education, here in Topeka. That was the lawsuit that outlawed racial segregation in the United States. Anyway, Dr. Wilson pulled us apart and grabbed me by my collar and escorted me back to school. He told me to go to the restroom, wash up and report to his office.

I had been to his office multiple times. I’d been paddled by Dr. Wilson multiple times. That was standard procedure then. At least here, in Topeka. Anyway, I got back to his office and waited there forever. Probably 30 minutes. I was scared shitless. Eventually he opened his office door and called me in. I was positive I was going to get paddled. And he paddled hard with a paddle.

But, instead he told me to sit down. Then he asked me how I ended up the one fighting. And commented that I beat that big Catholic kid up pretty good. He then completely changed tact and asked me if I knew how to play chess. I did. He asked if I’d like to play him in a game of chess. I obviously said, “sure”, not knowing exactly what was going on.

So, I spent the rest of the afternoon in the principles office, playing chess with him and eating chocolate. I can’t remember who won. Wish I could. But, it doesn’t really matter. Not another word was spoken of the fight, calling my parents or punishment. When the final bell rang, he told me he had a very enjoyable afternoon and told me to get going. I felt like I just escaped the spanking of my life and I was super lucky.

I never really thought much about it since. But, a light bulb went off last night when I was laying there and thought that Dr. Wilson must of planned out that whole afternoon. Dr. Wilson had a PHD in education, I think. But, I’m not sure they could teach what he did that afternoon. His not paddling me and congratulating me on “winning” the fight went miles with all the students at Whitson Elementary School. Everyone in the school knew about my afternoon by the next morning. For sure.

I treated/thought of him differently my last two years. I think everyone did. He wasn’t “The Principle” anymore. He was on our side. I’d never thought of it that way.

It bothers me that it took this long to realize something so obvious. Most stuff comes pretty quickly to me. This whole thing makes me wonder how many other obtuse observations are really just simple and obvious. Probably tons. 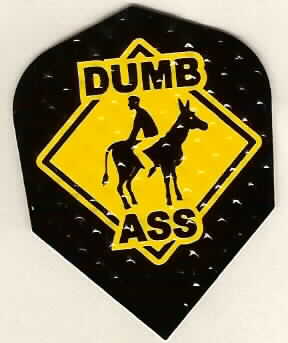 8 thoughts on “40 years of Obtuseness”