This season has barely started for me. I’ve done exactly 3 road races. But, I’ve watched a bunch of Euro Races on the internet. And I’ve personally viewed and experienced two racing faux pas, actually, not faux pas, but just plain stupidity, that I feel obligated to comment on.

#1 Don’t drink out of your bottle or eat something when you’re pulling at the front of a break. Both races down in Texas and now back here in Kansas last Sunday, I was in breaks, and inevitably, someone would go to the front to pull and reach down and drink when they were in front. That is wrong. And stupid.

The whole idea of being in the front is to contribute your share and keep the break moving up the road. The time for drinking and eating is when you’re at the back, not pulling. It is better for the group and way better for you. Why would you want to be trying to swallow something when going hard? Why not wait a few seconds and do it when you’re drafting. Plus, tactically, it’s just dumb too. Why reach down and take you hand off the bar to grab your bottle in front of guys that might want to drop you? I don’t know how many times I’ve attacked someone doing just that. It’s just not a good idea all around.

#2 And this one drives me nuts. Don’t try to do a double echelon when you only have 4 guys. I watched the Nokere Koerse yesterday morning and the break finally got down to 4 riders. They had a couple minutes with 20km to go and then they had a little over a minute with 10 km to go. And they were riding double echelon. Like in a square. How stupid is that. It happens to me pretty often. I get into a break with 3 other guys and they instantly start riding double echelon. I usually call them on it immediately. But, these guys in Nokere were all Pros. They have no excuse. All four of them must not of been very smart bike riders.

The World Championships used to have a Team Time Trial, which was 4 riders. Never was there a team that rode double echelon. It is just dumb.

Okay, these are the 2 observations that have been bothering me so far this season. Not really anything big. But, when riders make a bunch of small, stupid mistakes, then those mistakes eventually add up. Then after a few hours of racing, all the mistakes become an issue. Small things do matter in cycling. 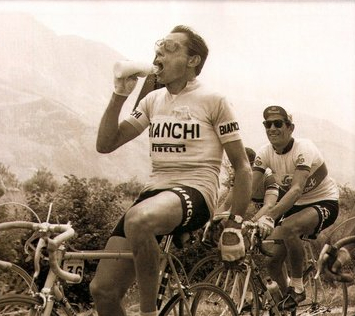 6 thoughts on “Two Things that Drive me Crazy”