I spent over 3 hours riding yesterday. That is a record for me this week on the road. Hardly got 55 miles, but I’m not sure because I don’t have a odometer on my ‘cross bike. Tomorrow is Lago Vista Road Race. And Sunday too. I’m iffy still. But, I’m leaning towards racing. I’m going to get slaughtered, but I don’t care about that. I just don’t want to get worse and I’ve pretty much convinced myself that I won’t.

I’m getting pretty tan. The normal tan lines from riding, but also from working on my bike on the driveway with my shirt off. That’s a plus I guess. I like sun. I don’t think it is as bad for us as they say. If it was, virtually everyone born before 1970 would be dieing from skin cancer, since there wasn’t such a thing as sunblock before then.

I put new cleats on new shoes this afternoon. Last year I wrote, that before the first race of the season, it is the perfect time to put new cleats on your shoes. I always do it. But, it isn’t that great a time to ride new shoes. So, I’m going ride my old shoes, which are pretty beat, and train on my new ones for a week before I race them.

Richard Degarmo is still putting up a ton of old time photos on Facebook. I really should look Richard up here, but I’ve felt so shitty, I haven’t had the energy. Dave Mac put one on today too. I have a pretty great memory of races and riding, but I don’t know where that photo was taken. I didn’t ride a MTB bike much in 1984. It must of been at a Gant Series race somewhere. I’m wearing a helmet and Gavin is riding for Specialized. Photo below. 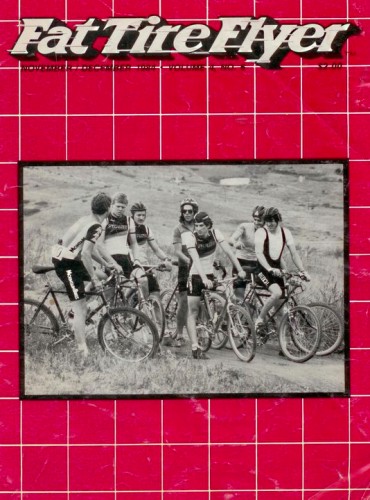 Can't quite put my finger on the place this was taken. California? 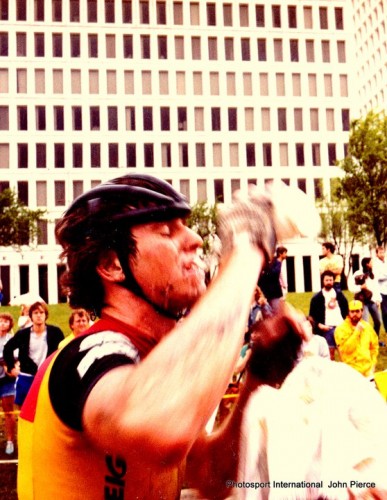 Tour of Texas photo I guess. 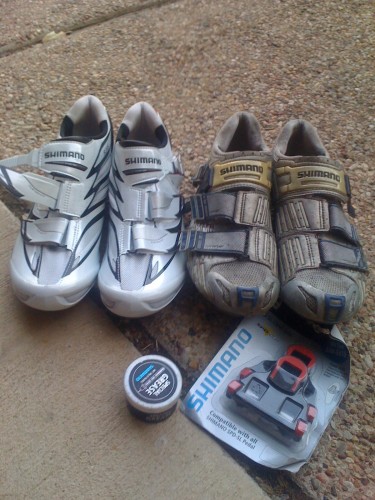 Mounting cleats is sometimes a hassle. 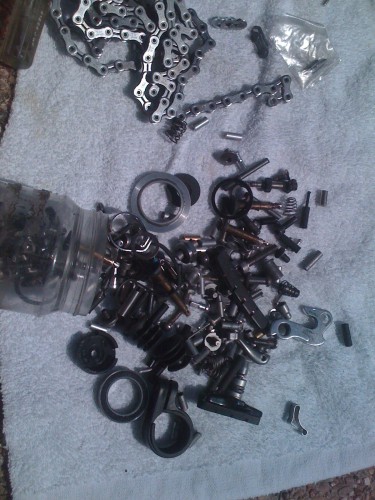 The peanut butter jar from my tool box is the most important thing in the box. It is amazing how important this jar with misc. small parts is. I couldn't get along without it.