I remember my thoughts the first time, years ago, I heard that they were planning on keeping the B samples of drug tests and retest them later as the testing process caught up with the drug usage. I thought, this is perfect. It seemed like a great way to “persuade” guys not to start taking drugs in the first place. You’d have the thought that you were going to get caught in the future to worry about about forever and that would discourage the whole process in the first place.

But, in reality, the process never took hold. There isn’t any entity that has any interest in retesting samples. They never changed the process where the urine is divided into 3 samples, instead of 2, to allow a B and C sample to be saved for future testing. There was no mechanism the UCI/WADA or anyone set up to follow up on the initial idea. At least not one that I ever heard of. That was until now.

This article says that US “authorities” are requesting Lance’s urine from the 1999 Tour de France. And, it seems like it is not going to be as easy as you would think for them to get it. But, the process is “on-going”.

I never saw it going this way. I know that the testing is years behind the current drugs and procedures. That is obvious by how few riders are being caught. But, years ago, when they said they were going to retest samples, I thought they would do it without prejudice. I assumed they would take the samples of all the race winners, or podium places from each major event and retest them, maybe 5 years later, as the testing progressed. I never imagined that the justice department or foreign equivalent, would request individual samples for their investigations.

Maybe it isn’t much different than Valverde’s problem in Italy. I don’t know. I applauded the results and not the exact process in that situation. Evidence is evidence. Blood is blood.

But, what is bothering me is that I’m not sure that when I give an urine sample, I expect the sample used for anything other than testing for drugs that aren’t approved to be used while racing bicycles. I think most riders probably think the same thing.

This justice department investigation isn’t about bicycle racing. It is about defrauding the federal government. At least that is what I think it is about.

Normally I would say “fuck ’em” and use all means available, whenever you can, to catch these guys. But, I’m not sure that I personally can condone urine samples from an athletic event being used for future criminal prosecution on a different continent. I wouldn’t mind so much if the French had tested the samples and the US authorities used those results as part of their evidence, but this seems different.

Like I said above, evidence is evidence. But, I might need to think a little bit longer on whether I think that past urine samples should be used for anything
other than disqualifying a rider from the event he gave that sample in. It is pretty complex and perplexing. 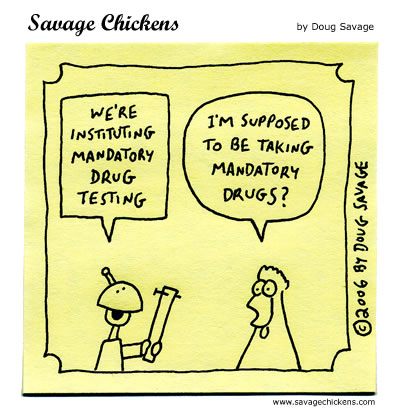