Yesterday was pretty leisurely. I had all day to explore Manhattan. I was pretty tweeked from Saturday night, but got moving all right. I went downtown to the Brooklyn Bridge. And then I headed Uptown to Columbia University and walked the west side all the way back to Midtown. The pace is much slower on Sundays. Much less honking of horns. There are signs all around showing the fines for honking. I hate honking horns anyway, so I have to applaud that, even though I’m not sure it is something that needs to be addressed by the government.

Anyway, I’d left my bag at the hotel. I went back, grabbed it, and took a subway up to 125th, to transfer to a bus to the airport. It is only $2.25. And it took about 30 minutes. Just nearly as fast as a cab, but 10% of the cost. So, I got to the airport too early. I didn’t have anything to check and the security line was non existent. So, I went downstairs and got a piece of pizza and a beer.

It was nearly an hour before my flight and when I went back up, the security line was 100 meters long and not moving. I was stressed. I made it onto the flight just as they were closing the doors. I barely made it.

And, who do I see. The girl flying next to me on the way out. She was on the plane before me. Unbelievable. She was sitting in the back, but the stewardess told her that her seat was up in row 11. She was oblivious. I said hi. She nearly hugged me. I asked her how her trip went and she said “fine”. Didn’t sound like the piece of ass worked out as well as she planned. It was too bad she wasn’t sitting beside me. I would have enjoyed it this time more.

So, I got back to Kansas City around 10pm. Getting off the plane, she was just standing there. I asked her if she needed help and she said she didn’t know where her bag was. The stewardess told her maybe 5 times it was up in the front, but it wasn’t getting through to her. I took her up front and gave her the bag. (No tip this time.) She must of forgotten how I showed her to use the handle and wheels, because she was just dragging it along sideways again.

She asked if I had a good time. I said yes. I told her I went to the Josh Ritter concert last night and she said she bought tickets for a Broadway show, but got drunk and missed it. $300 gone, but that was okay. Leaving security, there was a guy standing there and she introduced him to me as her boyfriend. Wow.

It is amazing that I could spend 3 days in Manhattan and the weirdest thing I came upon the whole weekend was a girl from Independence Kansas. 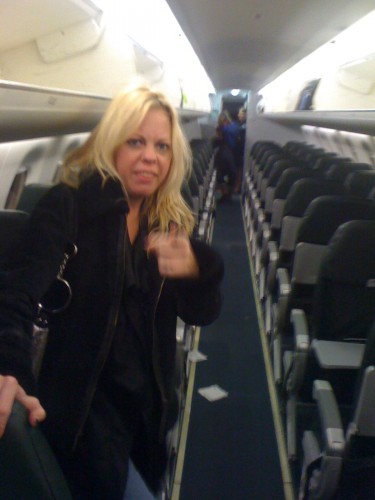 Lost her luggage on the flight. 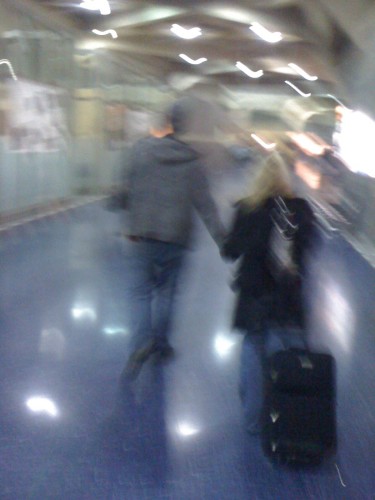 And she disappeared into a cloud. 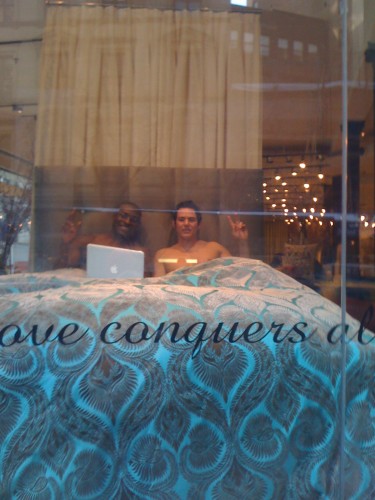 These guys jobs are hanging out in bed all day for a display. 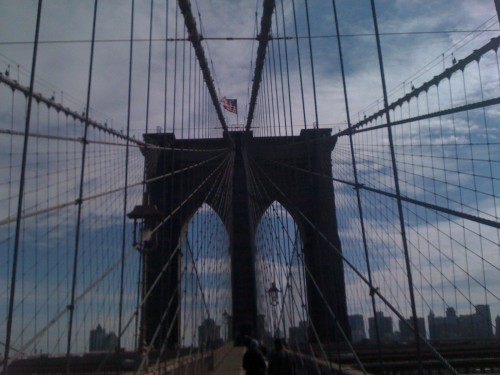 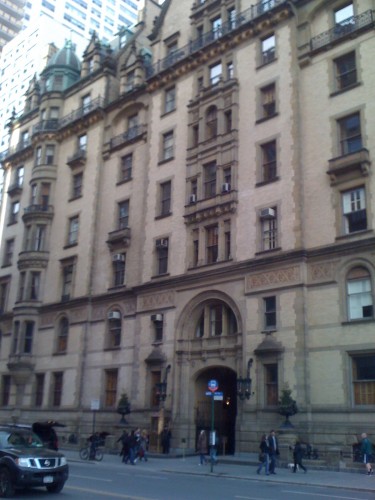 The Dakota, on Central Park, where John Lennon was shot. 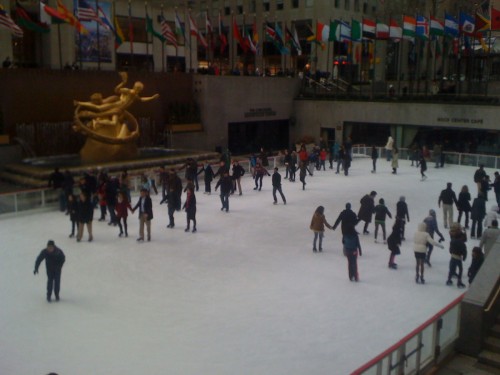 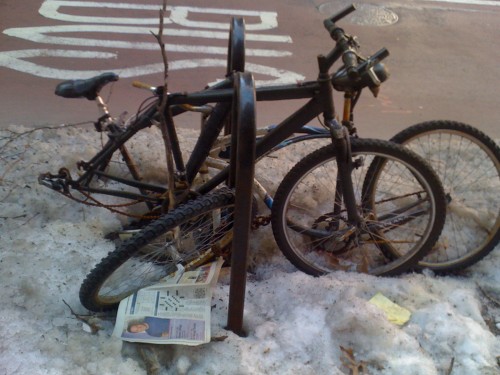 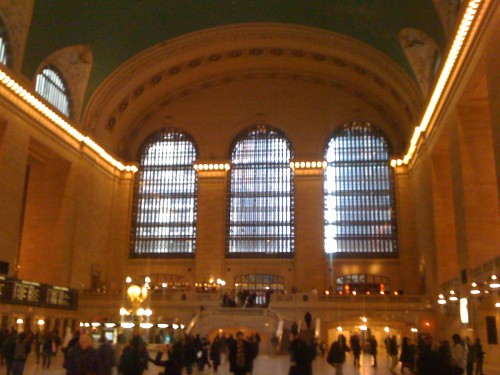 The inside of Grand Center Station