When I was taking to Micah Rice at USAC a couple days ago, he was talking the corporate line. He asked me what year I raced my first cyclo-x Nationals. I told him I think it was 1979. And then he told me to compare that to Bend. The point he was trying to make is that the sport has grown dramatically. So, I’ve been thinking about it a couple days and I’d have to disagree.

I think the media coverage of the sport has become more accessible, but I’m not sure the sport has grown proportionally. At least not here in the US.

Obviously, MTB racing has taken a hit from its peak. There isn’t and won’t be a time when MTB racing is as popular as it was during the ’90’s. The MTB saved a lot of bicycle companies from going bankrupt. And, in the case of Schwinn, not participating in the sudden popularity destroyed a family business. The sport is a shell of what it used to be.

Cyclo-X is obviously more popular. Here in the US at least. But, it’s not popular enough to support full time professional racing. There are maybe 5 guys in the US that could make a living off exclusively off racing ‘cross. That isn’t enough to qualify it as a breakout segment of the sport.

And road racing. I don’t think it has progressed too much either. In the late ’80 we had just about the same schedule as is going on now. Instead of the Tour of California, there was the Dupont Race. Instead of Quiznos, it was the Coor’s Classic. And then just about every other weekend, there were races that had bigger price lists than just about any race now. A pretty good year for prize money back then was between $20-$30K. That was each member of our team. I very much doubt that many riders on PRO teams now make anywhere near that much in prize money.

And the races had more spectators. Many more. It is so easy to forget what it was like, hardly ever racing in front of less than a few thousand people.

I remember the photo from Nevada City a couple years ago with the Lance and Levi show. In 1984 when my team mate Greg Demgen won, there were more spectators. And a much bigger prize list. Greg won 2 ounces of gold and our $$$ splits were huge. That was 27 years ago.

I’m not complaining about where the sport has gone or how it got here. But, let’s not go patting ourselves on the back and think we’ve made it to the big leagues. I see in Europe where the “big leagues” take us and I am hesitant to want to go in that direction. 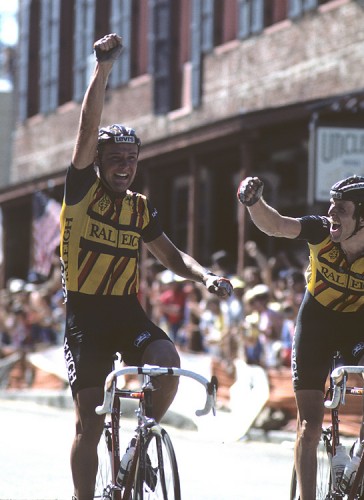 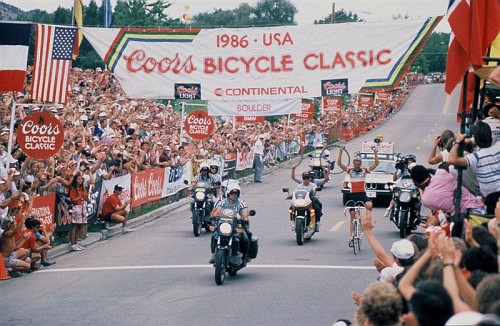 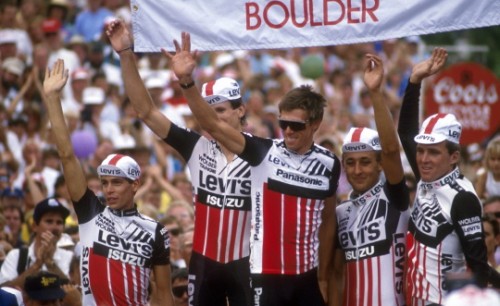 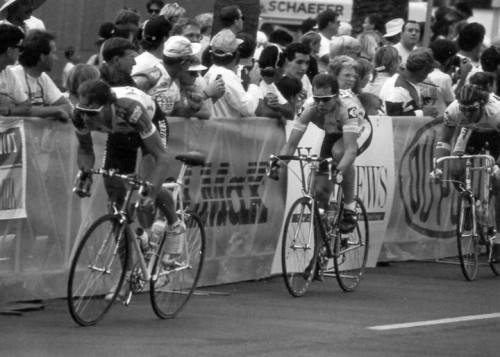 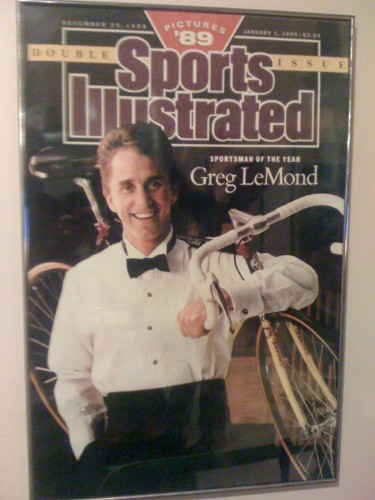 And cycling was making the front of Sport Illustrated for sporting accomplishments, not the front page of the New York Times for drug usage.