Sunday morning after the race yesterday hasn’t yielded any more insight . I blew it. I don’t usually have that many mental lapses in one race. I think not having my stuff until the day before the race made it hard to execute exactly how I should have. Like I said, I was just good. Not stellar, but good. Stellar would have won easily. Good was good enough. That is going to leave a bad taste for a while.

We headed to Brussels today. Trudi had a flight back to Valencia, Spain, to the BMC camp and I decided to stay down by the airport instead of driving back up to Mol. We stopped in Antwerp for a couple hours and walked around the historic center and had some pastries and coffee. It was kind of dead, on a cold January Sunday, but I enjoy looking at the buildings much more that looking in the shops.

I took Trudi to the airport at 2. I don’t remember many times that I’ve taken her to an airport in a foreign country to fly to another foreign country. It seemed kind of strange. I got a room at the Crowne Plaza at the Brussels airport on Priceline. $80. It is a super nice room.

I was planning on coming back to the hotel and pack my bike and watch the World Cup ‘Cross race in Holland on the television. Then I thought, “why watch bike racing on TV when I could be riding my bike in Belgium?” So, I put my road wheels on and went for a 3 hour ride out in the Belgium countryside. I rode an hour and a half out and thought it might take up to 2 hours to get back, but it took just a tad shorter for some reason. I felt great. Stellar. One day off on that I guess. I like just wandering in foreign countries on my bike. The only problem in Belgium, today, was that it was cloudy and drizzling, so it was kind of hard keeping track of what direction I was going. I am good at directions usually, but when I knew I was going to be getting back when it was nearly dark, I had a small worry in the back of my mind the whole time.

There are a million small roads to ride in this country. It is nearly a spider web of roads. My choice today was to ride the smallest, most gnarly looking ones I saw. Since it was wet, I ended up on lots of slick cobbles and had to do a bunch of U-turns when the roads just turned to mud. No worries, that was what I was looking for.

I got back to the hotel a little before 6. Now I’m going to pack up my bike and try to equalize the weights between my suitcase and bike bag. I’m flying tomorrow morning at 11am and getting back to KC around 7 I think. I’m looking forward to sitting on the plane for 8 hours and vegging.

I think I might got down to the health center and lift some weights after I go locate some frites and beer for dinner.

BTW, I heard that the tickets for the Bear vs. Packers game tonight were going for as much as $9,999. I hope it is on here tonight at the Crowne Plaza. 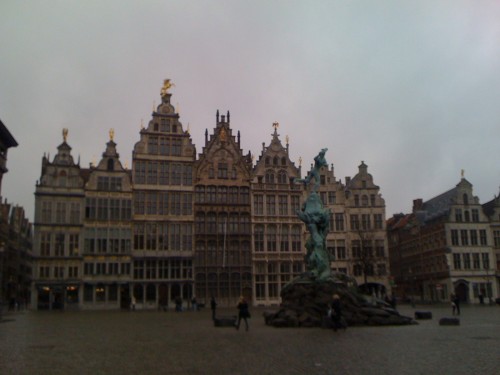 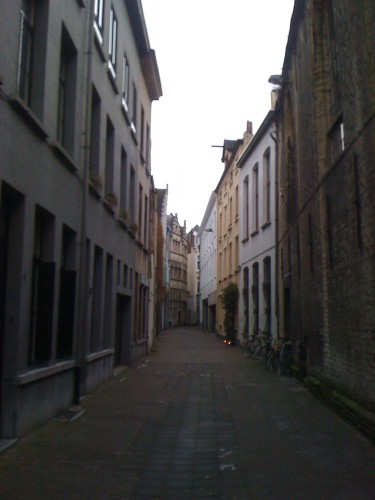 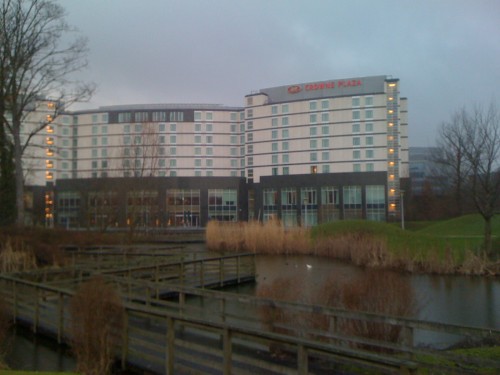 The hotel from the park behind. 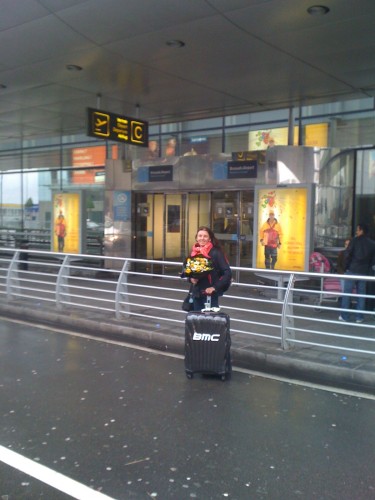 Trudi on the move. 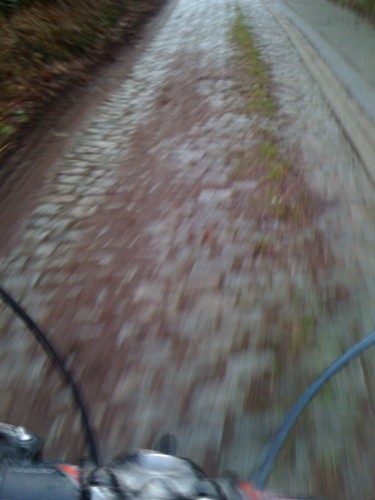 My view most of the ride. 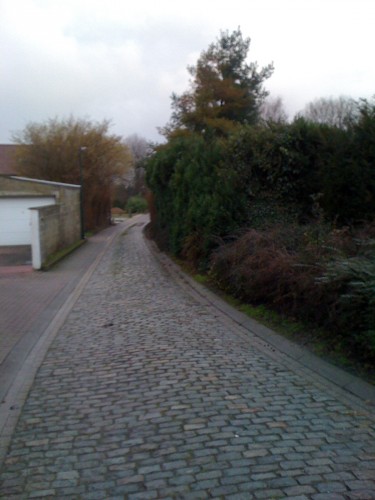 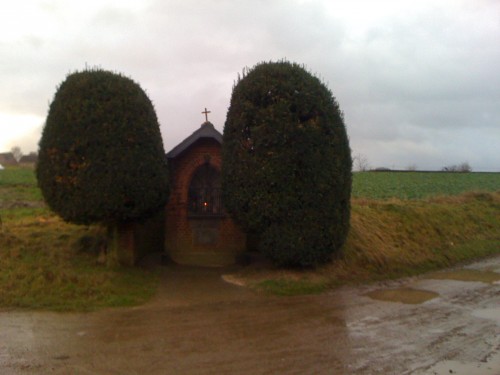 These little shrines are all over. This was in the middle of what seemed nowhere. I wonder who lights the candles in these? 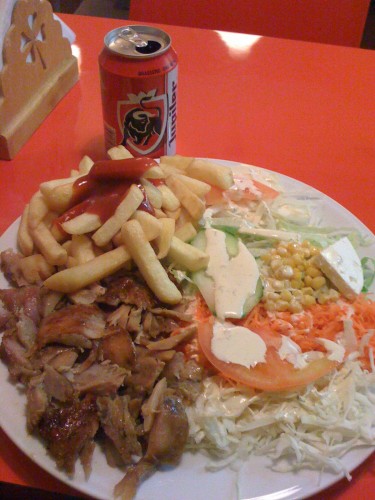 My last Belgian dinner from the local frites express tonight.

5 thoughts on “Sunday in Belgium”