Yesterday I rode 80 miles. It never got over 40. I’m sure of that. So much for the weather forecast. I finally felt better. Not great. But, good enough to train pretty hard. I averaged 23mph the 1 1/2 hours and it was hilly. I don’t know if I’m going to be good for a 40 minute cross race, but it is was it is.

I have a flight on Monday from Kansas City to Brussels. I ended up using miles. I’m flying First Class over to Europe and Economy back. Maybe I’ll be more rested that way. Why not? I’m dreading checking bikes. I’m thinking that maybe I’ll be okay in Kansas City flying first class, just checking one bag and my bike bag. It probably won’t go so well coming home. But, that’s how it is nowadays. We better get used to it.

Trudi drove from Belgium to Barcelona Spain yesterday to pick up riders at the airport and drive to Valencia. I don’t think George Hincapie made his plane because of snow on the East coast, so that might be a problem. I’ll post some photos she emailed me on the way.

It was 8 below 0 yesterday night in Topeka. 9 inches of snow on the ground. I’ll try to ride outside at least once in the next two days to get used to sliding around. Then pack my bikes up and be done.

I’m doing way too many systems checks during the day. Every time I walk up or down stairs. Constantly during each ride. And most other times I’m awake. Most of the checks haven’t been so postive. The riding ones are the best. I’m feeling the best all day when I’m riding. But, I’m not super confident even in that. I usually race a lot better than I train, so it will probably be alright. I’ll know more after a couple days in Europe.

I’m going to miss Ann and Stanley, but I’d better get driving. 10 hours to go. It’s my brother’s, Kris, birthday today, so hopefully I’ll get back in time to take him out for dinner. 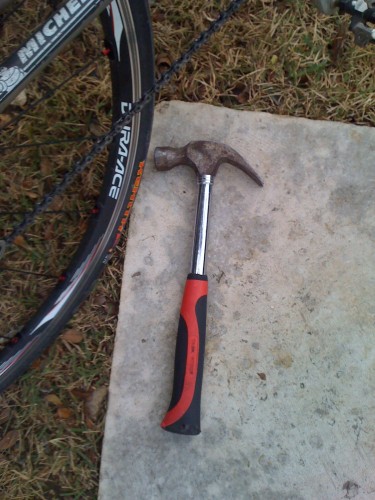 I found a hammer yesterday on the ride out by the Mansfield Dam. It was bouncing around in my pocket the last hour. I love finding tools on the road. 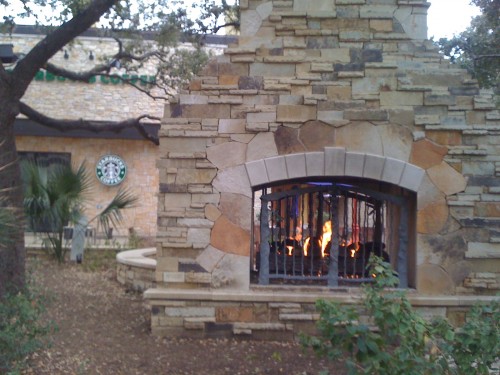 I went to the Apple Store in the Domain here in Austin yesterday. Super upscale outdoor mall. There have outside fire pits and waterfalls. 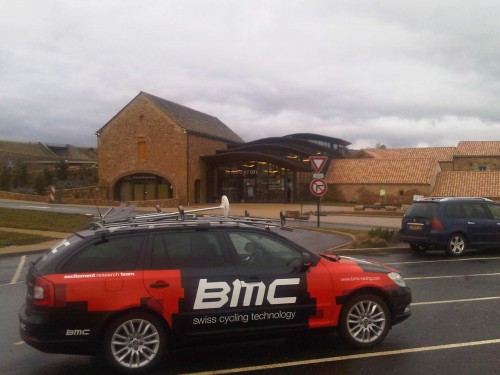 Trudi taking a break at a Euro rest stop. 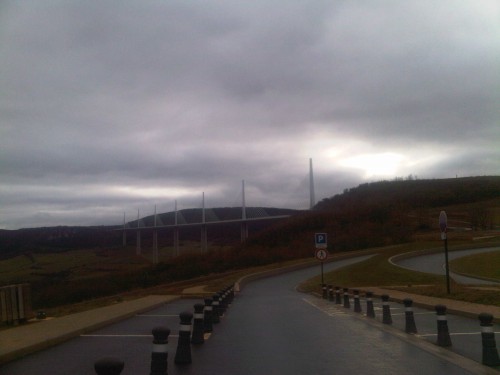 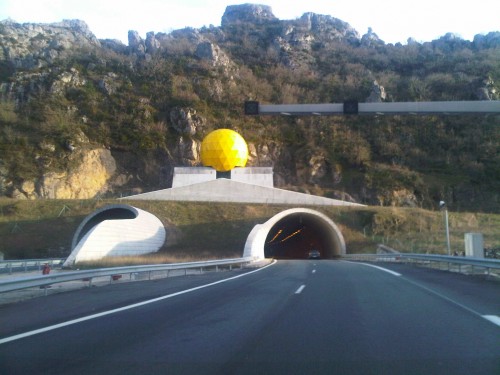 6 thoughts on “Back to Snowy Kansas”