It wasn’t so long in miles as in just time. I rode with Adam Mills and Stefan Rothe for an hour and a half at 11am. Adam is down here from Lawrence Kansas, doing a Source Endurance Training Camp and Stefan lives here, but just got back from Christmas in Germany, so he was a little jet lagged. Stefan coaches also. We did a loop out Southwest that went up Red Bud, over to Lost Creek, to Barton Creek, back to Bee Caves and then 360 back towards Austin. It was around 25 miles round trip.

I’ve been feeling pretty cruddy the last two days. Everyone says it is the allergies, mainly a Cedar issue. I don’t know what it is, but I’ve never been good at identifying the difference between being sick and having allergies. The symptoms are nearly the same and the effects are nearly the same. It sucks. I guess it is extremely bad around here right now.

Anyway, I came back to Ann’s house and slept an hour and then went out and rode another two loops of the same ride I did in the morning with Adam and Stefan. Adam said there was around 2000 ft. of climbing according to his Garmin, so I must of climbed around 6000 ft total for the day. I rode nearly 4 hours total also. I was riding okay, but felt like shit once I got off my bike.

We went out to eat with Ann and her friend Mark at a Mexican restaurant named Maudie’s, up on North Lamar. It was great. Cheap. Fun. We met up with some of their friends who were super fun also. All around a good evening.

This morning I have a few choices on rides. I guess I’m going to head over to Mellow Johnny’s and meet up with some guys from Robbie’s new road team, Austin 787 Racing Team. Robbie was trying to get me to go out riding MTB with him at 7 am. That is too early for me. 9 am is too early for me. It isn’t supposed to be such good weather after today, so I’m going to try to get in a bunch of miles, even though I don’t feel like it. I’ll try to get out and ride MTB with Robbie once the temperatures drop this week.

Okay. I’d better get going. Here are a few photos from today. 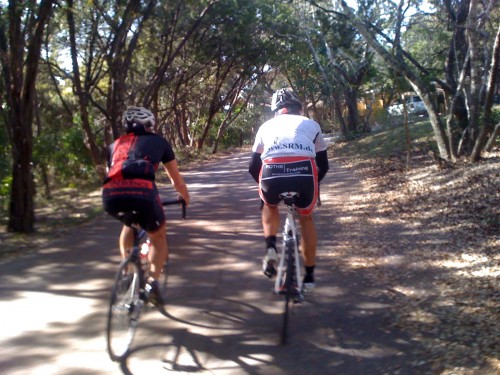 Riding behind Adam and Stefan on Redbud. They have dueling coaching kits going here. 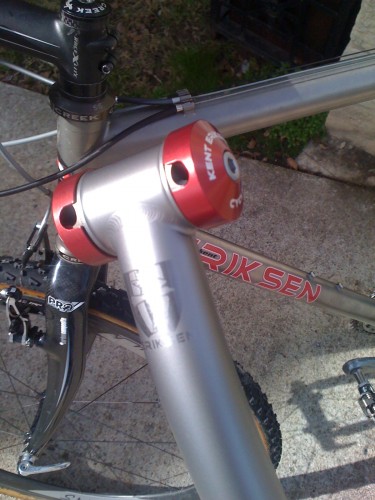 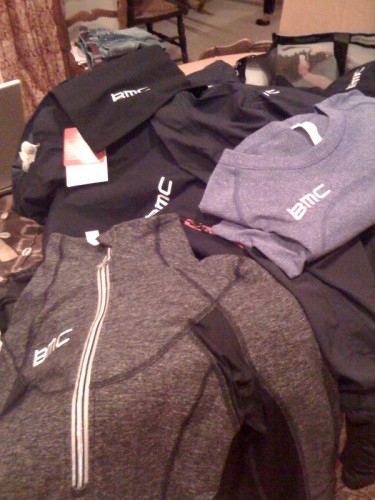 Trudi got a package of new clothing from BMC to take to Europe next week. It is mainly Lulu Lemon yoga wear and Marmot Technical wear. Pretty nice stuff. 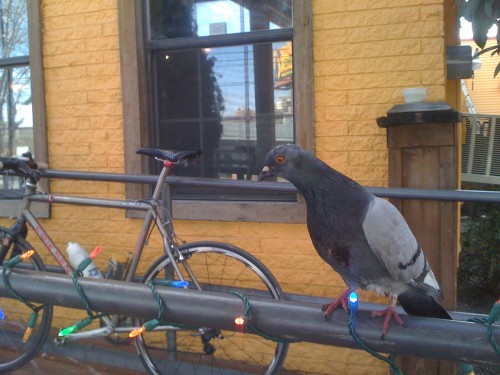 This pigeon wanted my coffeecake at Austin Java this afternoon. Bromont was keeping him at bay. 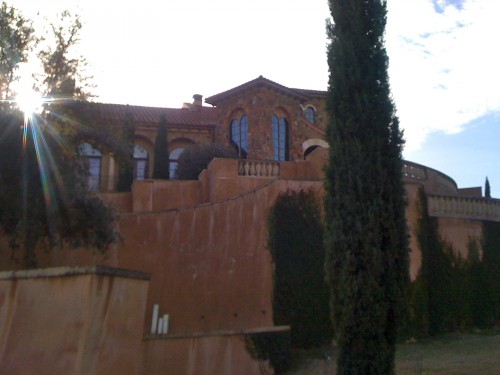 This is a place down on Lost Creek. It is amazing. 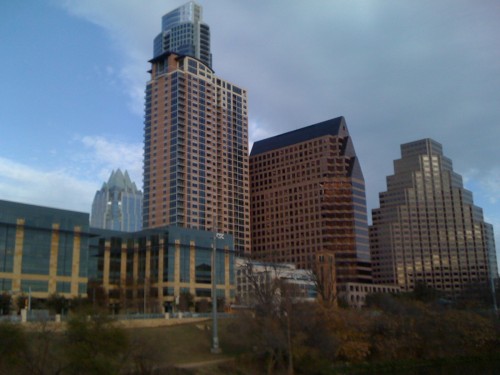 Austin's skyline is amazing too from the river bridge. 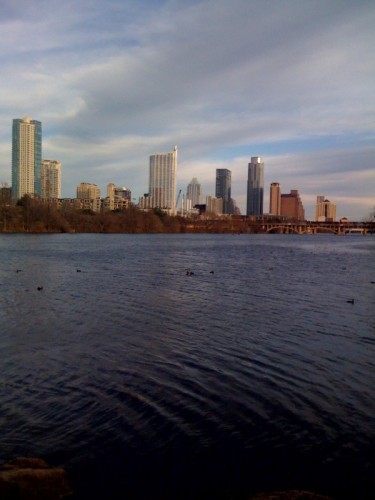 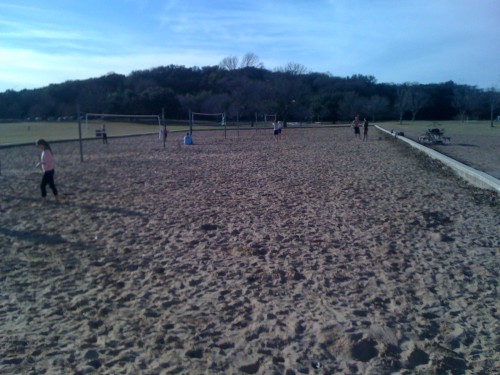 I found this beach volley ball court in Zilker Park to practice riding in sand, but it has been so warm that it is always being used. That is going to change soon. 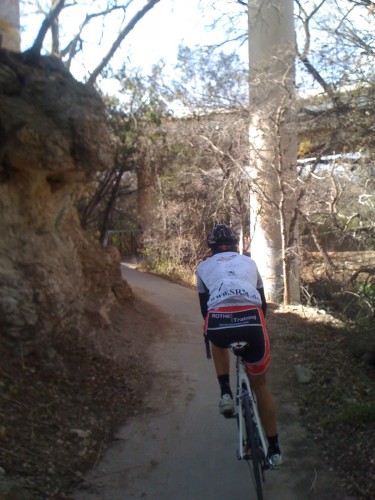 Following Stefan up one of the more primitive bike paths here in Austin. 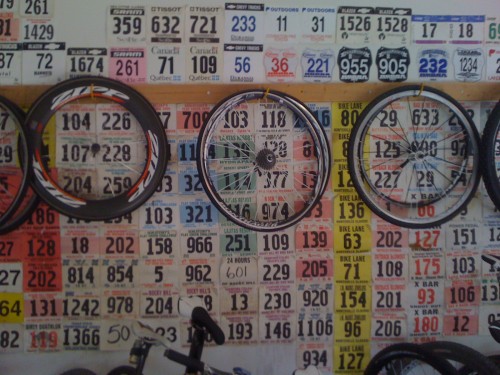 Robbie's garage wall. And this is just one of the walls. There are lots more numbers than just here.