The conditions yesterday were perfect for an all day ski. The Birkie course has a ton of snow on it. They’ve been grooming it for a while and it is super flat. Good for inept skiers like me.

Driving up to the Fish Hatchery, there were way more cars than “normal”. I don’t know the total of skiers that did the whole ski, but I’d guess somewhere between 60-100. We were on Tom’s time frame, so we were a bit late. A big group had taken off by the time we got to the trail and there were over 50 guys waiting still. That isn’t counting all the people skiing South to meet up with the group.

I knew a lot of the guys. There were tons of cyclists. Guys I have never skied with. All the guys from Madison looked great. Their form makes mine look like it is, pitiful. The snow was fast and flat. Drew Holbrook waxed my skis the night before and I had about the fastest skis out there. I was coming up fast on any downhill. Not necessarily the best thing for a guy like me on skis.

We skied the 25km up to OO warming hut easy. I felt like I had hardly even skied. It was so easy. They were running a high school ski race at OO. The kids have such good form too. Everyone has good form compared to me. But, I’m improving I think. Maybe. I can at least recognize how badly some of us cyclists ski. That is a start.

Anyway, the half way turn around was at Jimmy and Syd Sokup’s cabin. Jimmy built it. It is awesome. Huge logs, radiant floor heating. Super nice. And the food there was great. Chili, soup, burgers, lasagna, plus an assortment of Christmas cookies, etc. Everyone ate too much.

I hooked up with some of the real skiers coming back to OO from Jimmy’s house. Jimmy, Bryan Fish (US National Nordic Ski Team Coach), Adam Swank and a few others. They were going pretty well. We didn’t really stop the whole way back to OO. Somewhere in the mayhem, I lost my group. We’d caught up with Lynne Cecil, who is staying at Dennis’ with me. So I hooked up with Lynne at OO and we skied the whole way back to Fish Hatchery together. The snow from OO back was great. It was pretty windy and the wind had blown the snow that was sitting on the pine branches onto the trail. It left about 1/2 an inch of power that made it so stable. But still super fast. It was great.

Lynne won the Birkie back in the 90’s, took some time off to have 3 kids and just recently got back into “full time” training. She’d raced a 10km race the day before, but didn’t seem to be showing any ill effects from that. I was skiing about the same effort as riding at 21 mph on a bike. A little quicker than comfort level. But I only have a max ski pace of 24 mph on the bike, so it wasn’t that slow. We only stopped once so Lynne could eat a gel. She said she is out of shape. Maybe from racing, but not for just skiing. She was going great considering we’d done nearly 90 km.

So we rolled back to the cars around 2:30pm. Usually we’re getting back just as it gets dark. It was super fast. It is amazing that a human can do that weird, repetitious motion for such a long period without crippling themselves. I was pretty fresh when I got back. That was until I sat in the car the 30 minutes back to Dennis’ house. Getting out of the car at the compound was an effort. I’d stiffened up pretty good. My back and legs.

We did an hour in the sauna and the jacuzzi and then headed over to the River Eatery for pizza and refreshments until late. It was nearly a perfect day. Enough said. 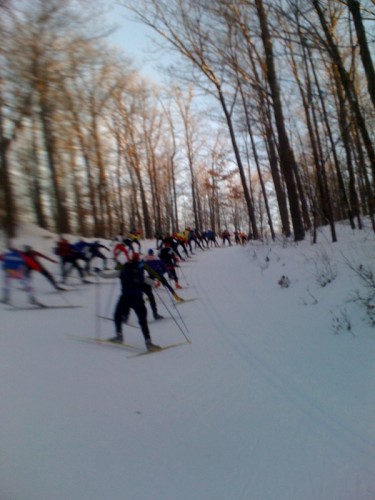 Trying to take a picture and stay in the fold, with my skiing ability, is an effort. 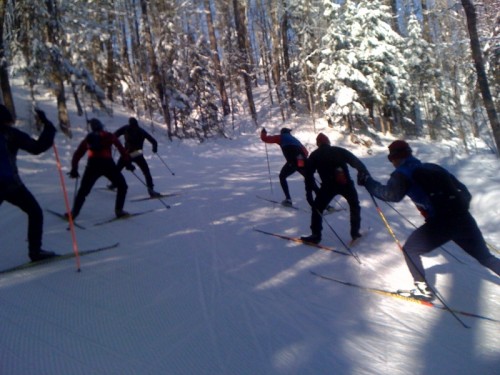 Going a little harder up a climb. 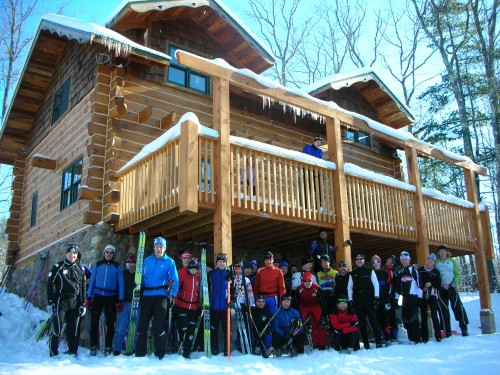 Some of the guys posing for the lunch photo. 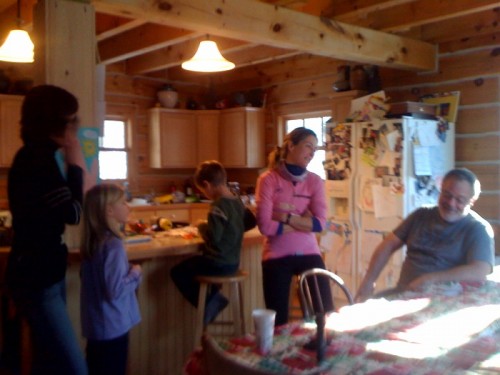 Two of my favorite Wisconsin people. Syd and Gary Crandell. Along with Syd's kids and mom. 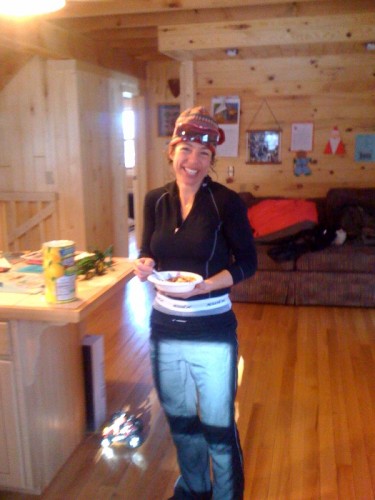 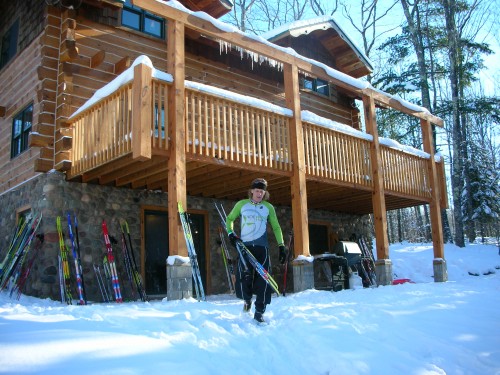 A little tardy leaving after lunch. 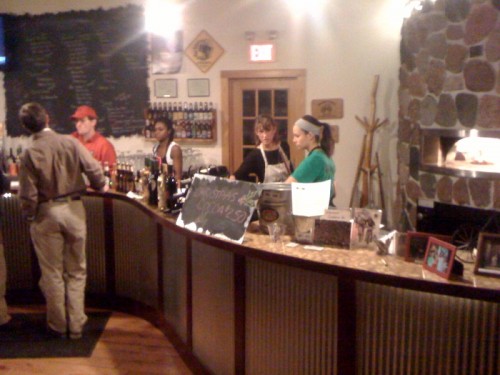 Mick, Beth and the gang at the River Eatery in Cable.