Yesterday was great. Slow morning, then skiing above the town of Steamboat. I don’t know what the trails were called, but it literally just a walk across the street from Kent and Katie’s shop. There is a ton of climbing on these trails. Kent was skiing pretty well and Bill and I had gotten worse, so it was an effort.

I had to get a little touch of welding done on one of my cross frames. Bo showed me the process. I’m planning to come back soon and help build a couple frames for myself. I never had even considered or thought of riding a bike that I’d helped construct, but now I have a fixation on that very thing. Strange.

Anyway, there are a lot of picture below of the fabrication area. Super clean. Thousands of feet of raw titanium. If you’re ever near Steamboat, you have to stop by and say hi to those guys. Super approachable. The only problem is that once you walked into that place, there is no way you could leave without your wallet being a little lighter. But, that is the reason we all work I guess.

We drove over to Silverthorne last night. The place I built the fence a couple months back. I had to get an infection thing cut open with a scaple. Even with lidocaine, it was super painful. Now I have a antibiotic stripe sticking out of a hole in my leg. Didn’t sleep much because of it. I’m hoping that I don’t have to swallow any antibiotics for this. I probably should, but I’m going to try to ride it out.

We heading back to Kansas this morning. It’s around 9 hours home. KU is playing basketball at 11am. I downloaded the KU Basketball App for my phone last night. It is supposed to do streaming audio of all the games. It’s the first App I’ve purchased. I hope it works.

I trying to figure out the next few weeks. I guess I’m flying over to Belgium for the Master’s Cyclocross Worlds January 22nd. I need to get riding soon if that is going to turn out good. It is going to be hard training and trying to stay race fit through the holidays. Cross Nationals in 1984 were in Santa Cruz December 31st, so it’s not like I haven’t done it before. I need to get somewhere warm. Better work on that. 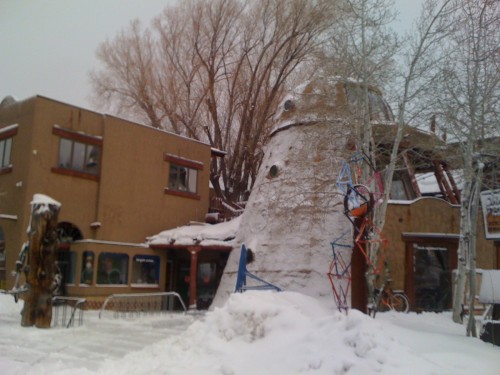 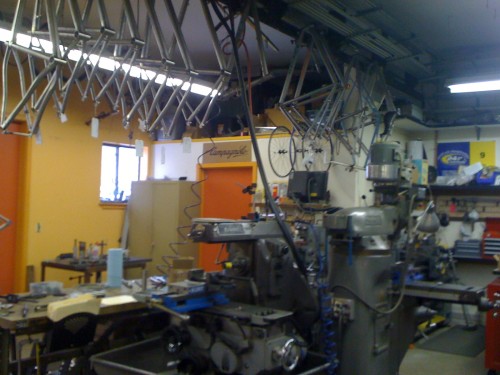 Tons of machines and completed frames. 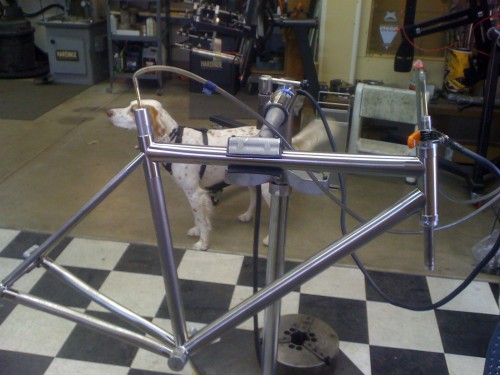 All the welds in ti have to be surrounded by Argon gas, so the tubes are pressurized before welding. 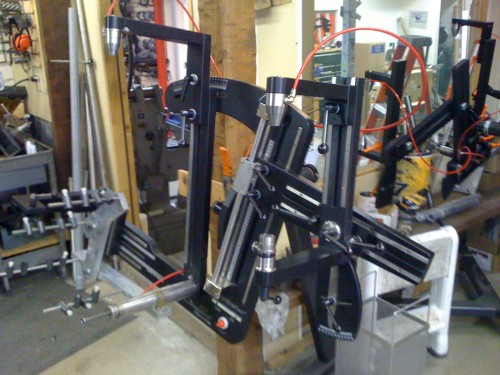 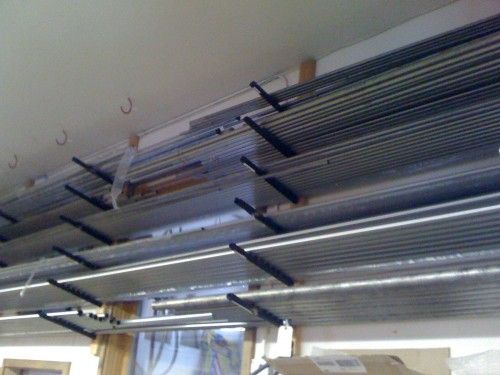 Some of the titaium stock piled. 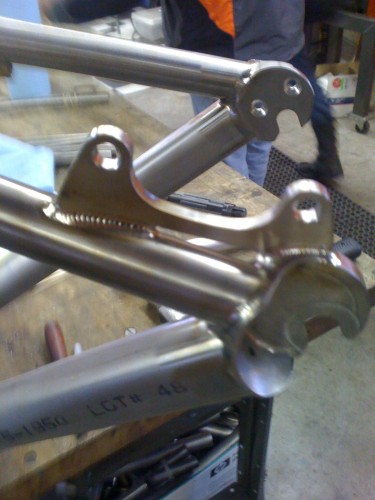 I was considering adding disk mounts to both my bikes, but there isn't a selection of brakes that work yet, so I nixed that idea. 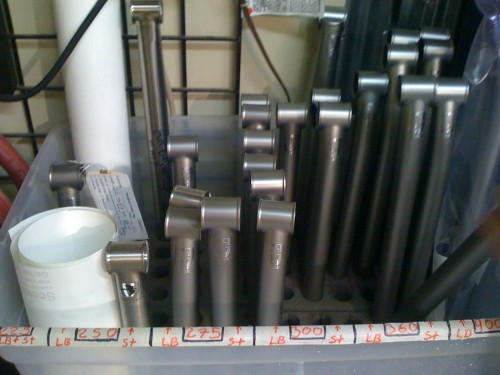 They make the best seatposts in the world. Hands down. Just holding one in your hand is great. 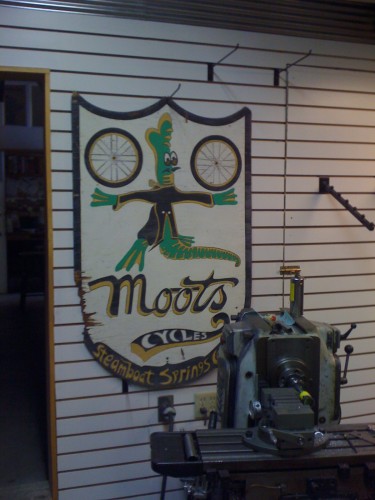 Kent started Moots. The little green guy is Moots. When I first met Kent, Moots raced with Kent on his handlebars. 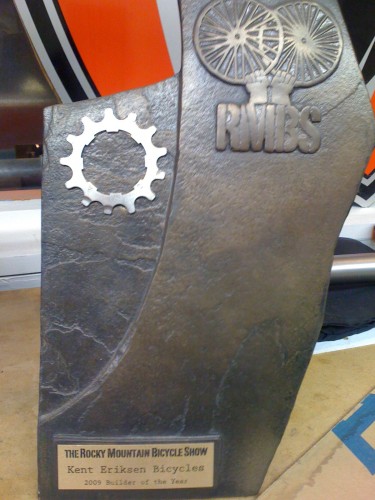 They win Best of Show at about every bike show they attend. Not surprising. 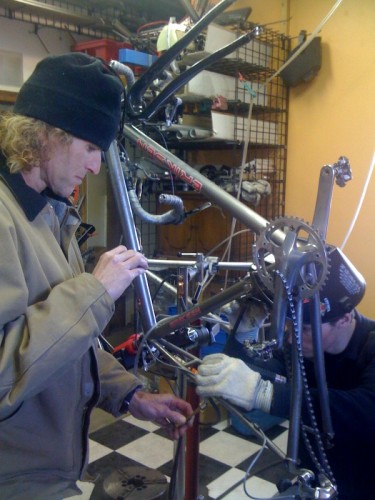 Helping Bo on my cross bike by adding a little extra Argon gas by the weld. 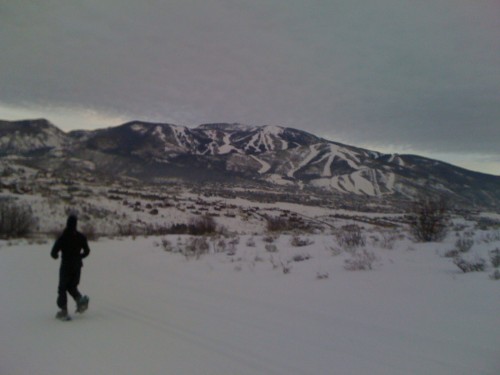 This girl ran by us a couple time on the nordic trails. Pretty great view of downhill area in the background. 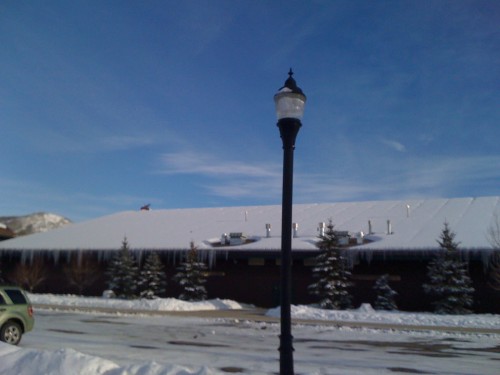 The little thing on the roof in the upper left is a snow blower. I guess they leave up up there full time. I think it snows over 300 inches a year in the town of Steamboat. Kent told me it snows double that where he lives. That would be nearly 50 feet of snow for the season. Shit.