We went over last night at 10 and watched the Clydale Race/Party/Craziness at the course. It was super entertaining. Masses of people out watching a bunch of dressed up, fat guys, race at night in the mud. The after race party was at the brewery.

I slept pretty good, but woke up with a crazy headache. Not from drinking, just from the cold or something. We drove over to a place called Jake’s Diner for breakfast. You have to wear a trucker’s hat to get in the door. The food was from land of the giants. 4 bucks for one pancake and two eggs. I couldn’t eat it all.

I’m going over to the course now. It is nearly 50 degrees and the wind is blowing. Should firm the mud up to make it an energy sucking mess. I’m not looking forward to that.

I have no nerves going for this race. I might if I had any idea where I was going to line up. I don’t get the super secret line up system here. You can’t enter the race after Thursday. I don’t understand why they did just print out a start sheet with the “random” order posted. It really doesn’t matter. 80 back or 150. You screwed both ways.

There are going to be 1000’s of people watching and going crazy today. It is a privilege to be able to see it from the inside out rather than from the outside in. It should be fun. 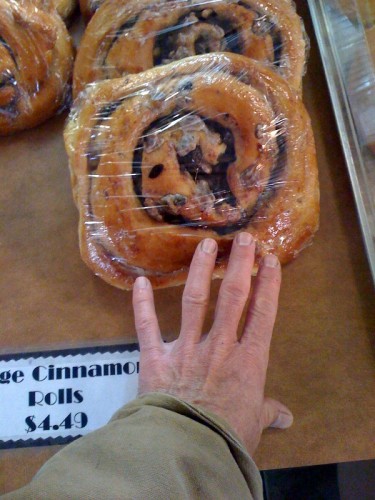 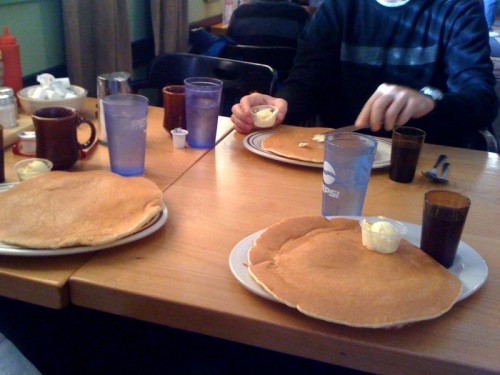 I had sugar overload from all the syrup after eating about 3/4 of one of these.