I drove up to LA to race a local event in Palos Verdes yesterday. I was looking for a race to get some intensity. I wish I would have known about a cross in San Marcos, down closer to San Diego, on Saturday, but didn’t hear about it until it was over. Anyway, I did the two hour drive and it was pretty painless. When the traffic is moving in Southern California, it moves.

I got to the course early for me and realized that there weren’t going to be that many people racing. There were only 50 cars or so, so I knew it wasn’t going to be a big Pro/Elite field. I still don’t know how many were racing. There were maybe 15 of us on the line total. The race went fine. I felt just okay. Probably better than okay, but maybe not. I won the race by minutes. The course was pretty good for riding hard. It has a long gradual climb and a short climb after a barrier. Plus a lot of high speed descending and a downhill creek run. Nice course.

I kind of wish I would have been able to push myself harder. I didn’t really get feeling good until 3 laps to go. We rode 10 total. The last 3 laps I was going pretty well. I haven’t been riding on hard pack with rocks for awhile, so it took me some time to get used to the drift, etc. But, I did get a lot better in a few important cyclocross aspects, which is always good. It was a pretty good tune up before Bend. Better than a muddy Portland, even though Portland wasn’t muddy yesterday.

After the race, I call my friend, Stan Phillips, who lives in Laguna Beach. I was lucky to catch him at home. I met him through the Jogmate sponsorship and he does an excellent job of keeping contact. I don’t. It is always enjoyable seeing him. He is a great guy and super interesting. So, I drove to Laguna, hung with Stan for a hour or so and then met up with Sue and her friend, John, and had dinner at Nick’s on PCH. I had fish tacos and red wine. It was great.

Today I’m going to mess with the cleats on my new shoes some, go ride and then pack my bike afterward to fly early Tuesday to Portland. I still have to glue some tires onto the new wheels I got. I’m actually looking forward to resting some this week before the weekend. I think I was a little tired today at the race. 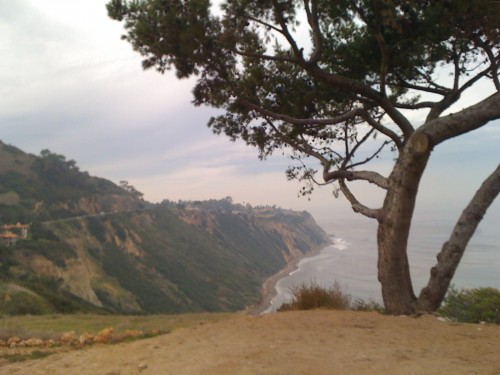 If you've never had the chance to ride around Palos Verdes, you should. It has great views. 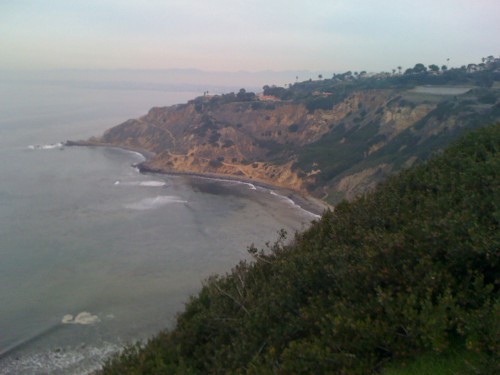 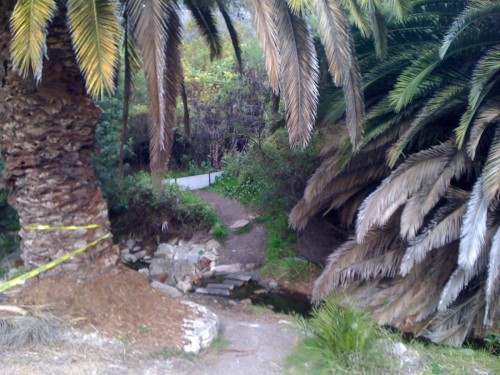 Looking back on the barrier before the creek crossing. Pretty tropical. 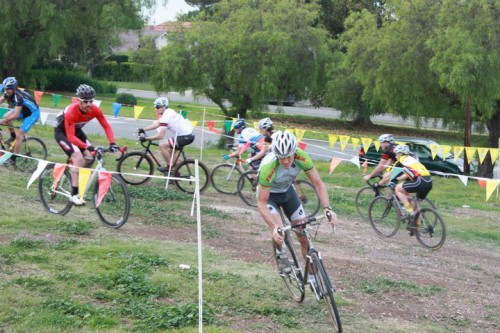 The first corners after the start. 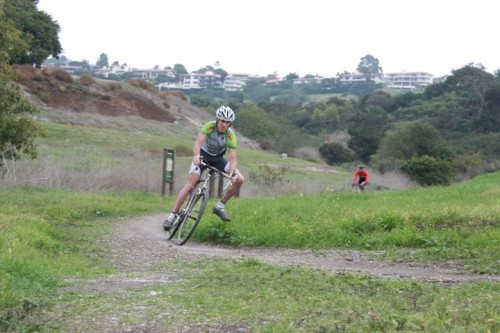 Foot out for the 1st lap of the high speed corner. 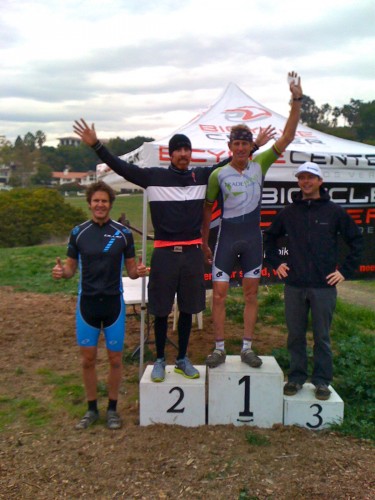 There is so much wrong with this podium picture, I actually like it. Lots of different things going on here. 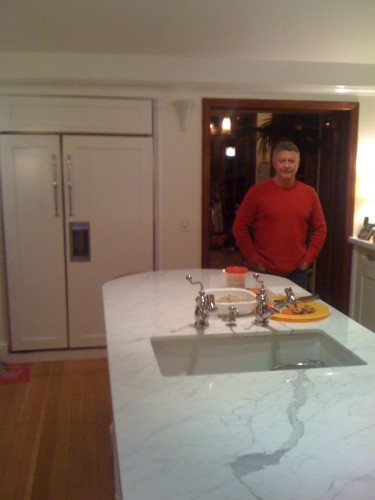 Stan in his new kitchen.