Yesterday was crazy busy for some reason. I rode Sue to work at 8am and kept going up the coast. I stopped at the Pannikin for some coffee, did a little more and rode back. I rode up Country Club to the top of Mt. Soledad. The steepest way yet. Much harder than Via Capri.

I then jumped into the car and drove up to Irvin to meet Wayne Stetina at Shimano. It is so weird driving around here. Sometimes it seems like it is a movie. I was cruising through the Marine base, Camp Pendleton, over 90 and wasn’t really blowing by people. I don’t even know what radio station I was listening to other than it must of been from outer space. One minute Personal Jesus by Depeche Mode is on and then this country western song comes on, Tequila Makes Your Clothes Fall Off. It was pretty surreal. Southern California.

When I got to Shimano, Wayne was in his cycling clothes, which surprised me. And he never changed out of them. He commutes everyday to work. Pretty good.

I thought it was going to be a quick in and out trip. But, I ended up staying there a couple hours. Wayne and Jesse decided that I needed my shoes form fit, so Wayne personally did it for me. They are great. At least walking around on carpet.

I barely got out of Orange County without getting snarled in the Friday afternoon traffic. I hit some super slow stuff up by Laguna and then down by Carlsbad after going through Camp Pendleton. It took me only 50 minutes to drive the 75 miles up there. Pretty great average. It took me over an hour and a half to get back. And I think I was lucky. I could never live here just because of the traffic.

Today, out the door at 7:15 to meet up in Rancho Santa Fe at the bakery for a long Saturday ride. I might bale early since I”m racing tomorrow. I not sure yet. I have to jack with my bike some before Sunday’s race in in LA. Should be another crazy busy day. It doesn’t seem right to be so rushed on the weekends.

The traffic was moving pretty good through Camp Pendleton. The temperature was a little cold though. 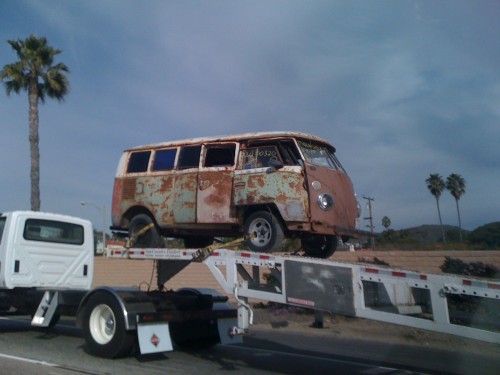 I passed this auto carrier on the drive up. There is a AMG Mercedes sitting right behind this beat up bus. 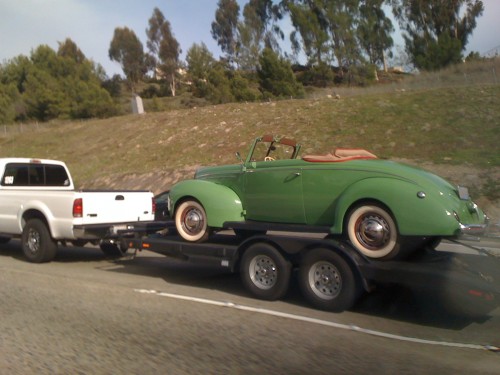 This guy was following. 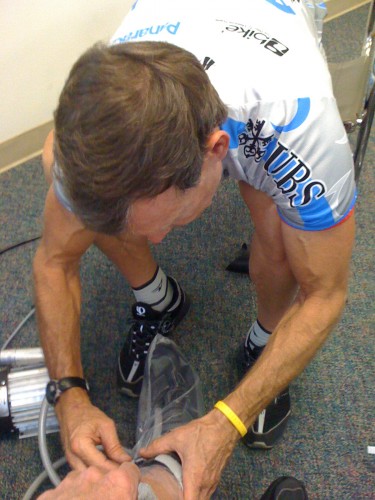 Wayne vaccuming my hot shoe on. 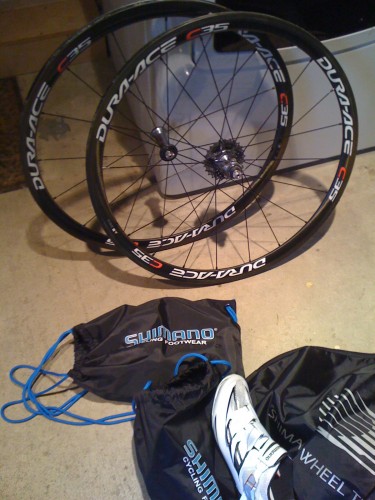 Pile of stuff I got up at Shimano. 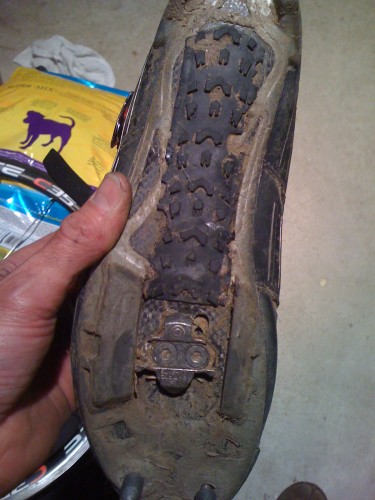 I think I'm going to have to race my old shoes this weekend and test out the new ones next week. Here is a shot of my customized sole on my old Shimano shoe. Griffo tread.

2 thoughts on “No Rest for the Weary”