The fun filled day continued. Sue and I drove up to Del Mar and ate lunch up on a park overlooking the ocean. Then we took her two dogs over to doggy beach. I guess from October until April, the beach is open for dogs off leash. It was a blast. Tons of all different breeds of dogs running crazy. Ranger, a German short hair was the fittest by far. Never stopped running the whole hour. Crazy for gulls. Or any birds. Bromont would kill him, of course.

Tomorrow morning I’m driving up to Palos Verdes to do a local cyclocross. I’m a little apprehensive about going up there. I’m kind of worried that there won’t be many riders. I’ve been warned. It really doesn’t matter much. I’m just trying to get a workout. The map of the course looks like a lot of pedaling. That’s fine. I’m kind of beat from all the miles and schedule, but I’m planning on taking it easy most of next week.

Okay. I’ll let you know how it goes. 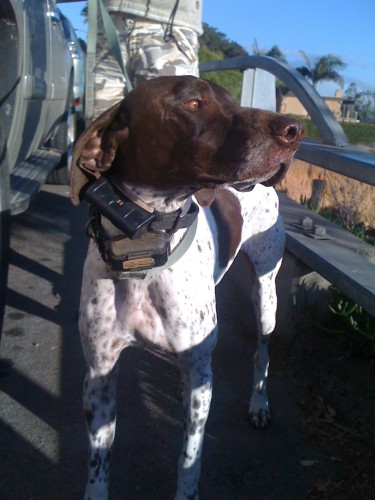 Ranger with all his electronics. A Garmin collar and a shock/warning collar. Obviously, he can get carried away with his bird observations. 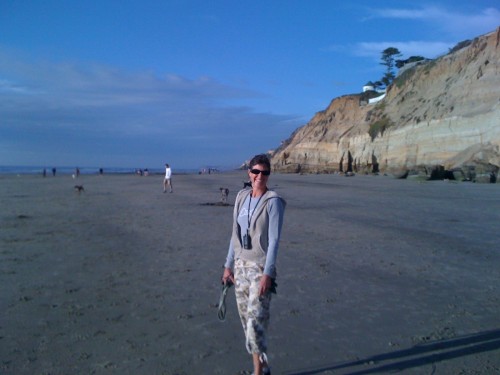 Sue not wanting to be photographed. The tide was way out this afternoon. 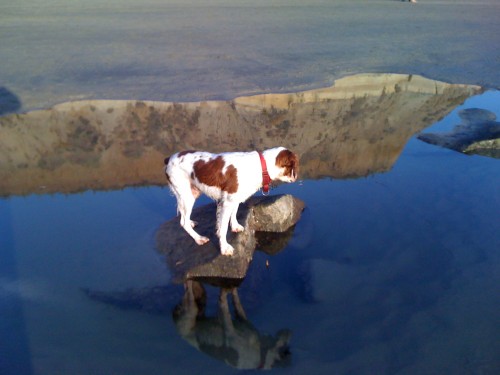 I love this picture and this dog. He was totally consumed the whole time by anything that moved underwater. Strange for a bird dog.