Velonews printed this article on the Chuck Coyle EPO suspension today. I think Neal Rogers is a pretty good writer, but this article is bullshit and totally biased.

To sum up the article, Chuck says that he was duped by his team mates. They used his computer, email, and credit card to order EPO and other stuff off the internet without any of his knowledge of the act.

A lot of the substance of the article makes no sense. Come on, let’s ask some real questions after the stupid answers.

Like when Chuck says, “As far as I can tell (with the evidence USADA presented), we were at a race, and someone used my computer, had access to my email, and bought dope with it. I was none the wiser.” The next question would be, “did all your team mates have your credit card number and charge things all the time without your knowledge?” Because, I don’t have anybody else’s credit card number and no one has mine to use carte blanche. And I’ve never known that to be the case of anybody I’ve ever known.

And the line “none the wiser”. That implies he has no knowledge of the whole affair. So, a guy uses your computer, your email, your credit card, and I assume, your address, to buy and receive Performance Enhancing Drugs and you are “none the wiser”. WTF?? I guess Chuck just pays those credit card bills and doesn’t really care what he’s paying for.

Chuck also is quoted as saying, “I don’t have $20,000 to fight it, and these (former teammates) have ghosted, just disappeared. I can’t find them. USADA was threatening me with a four-year or lifetime ban, and in the end I had no choice but to sign their document and accept a two-year suspension.” Then he goes on to say, he was “explicitly told” not to name them for fear that he would be slapped with a defamation lawsuit.”

So, this/these former team mates that have mysteriously disappeared off the planet Earth will suddenly reappear and sue Chuck for defamation if he just says what he knows concerning them. Maybe Neal or Chuck or whoever, should have looked up the definition of defamation. I did.

def·a·ma·tion
/ˌdɛfəˈmeɪʃən/ Show Spelled[def-uh-mey-shuhn]
–noun
the act of defaming; false or unjustified injury of the good reputation of another, as by slander or libel; calumny: She sued the magazine for defamation of character.

I believe the key to defamation is that the claim is false. If Chuck is telling the truth here, then I’m pretty sure he’d be alright. Especially since these “ghost” riders don’t have computers, credit cards or addresses. I’m not even sure how they would ever hear of the topic. Either way, I guess Chuck is more worried about his $$$ than his reputation and honor. Obviously, $20,000 means more to him that those.

Let me say, I don’t really know Chuck, other than calling him Chuck and racing with him a few dozen times. He seems to be a pretty nice guy. He definitely has a bunch of guys in Boulder willing to vouch for him. Chris Baldwin for one. Chris says in the article, “I know Chuck, and he is such a nice guy, if someone asked to use those things, he wouldn’t even flinch, he would hand them over no questions asked.”

I wonder how many times Chuck has just handed his computer and credit card over to Chris and let him charge away? Maybe Chris never asked him. Maybe he has.

In the Velonews article, Chuck is quoted as saying that he has “no resources to counter the evidence”. The media is a resource. The result of the media involvement is usually transparency. Truth is a defense. The only line in the article that rings true is when Chuck says, “I don’t expect anyone to believe me.” I don’t from this interview. Chuck squandered his best resource, the press, if his explanation has any credence.

So, here’s how I see it, using the information of this one Velonews interview with Chuck. I don’t believe that all these things could have happened without a person’s knowledge. It is too far fetched. No one says where the drugs were delivered. That is important, but you’d have to assume that they went to his address or it would have been mentioned. But, whatever the answer to that, nothing else much adds up.

So, if I believe that Chuck had knowledge of the purchase, then it is over. He either cheats his friends and other riders by using drugs, or he is a facilitator, ie drug dealer. A drug dealer that is covering up for his buyers. Either way, until something more believable comes out, he is pretty guilty in my book. And about the only thing more believable is if Chuck decides to “take the big financial risk” and name the guys that bought the stuff. If that doesn’t happen, there is virtually nothing you can do to convince me of his “innocence” in this instance.

If you happen to believe Chuck’s version of the situation, you can pick someone out of the guys listed below to try figure out who has the war chest to sue Chuck for telling the truth and exposing a doper. I know a bunch of these guys, so you’ll have to solve the “mystery” on your own. 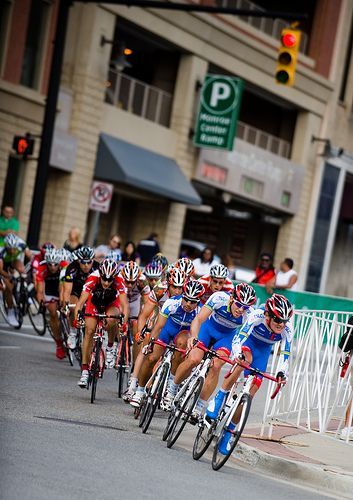 23 thoughts on “My take of the Chuck Coyle deal as of now….”