Someone sent me this link to cyclocross racing in Santa Cruz, that included the National Championships in 1984. I don’t have many photos from that except some from the publications and the podium shot.

But, I do have a ton of memories from that race. I fell before the start because one of our team guys sprayed Pam all over my bike, including the rims, so when I jumped on my bike going down the first hill, I had no brakes and launched off a 6 foot drop off.

The run up was a huge pile of logs and it was more like a walk up. Maybe 30 seconds or probably more. I’d been running the beach in San Diego for the previous month and had be running all the stairs on the ocean from Cardiff to Encinitas, so I was probably the only person running the walk up after the first lap. I know Roy couldn’t run up it twice. He was using the “pushing the knees with the arms” technique.

Ned augered into a mud pit, left his bike and ran bikeless to the net pit, which a long long ways. He was relegated some places for it. I didn’t know this until a couple years ago and I had always wondered whose bike was laying in the mud swamp the whole race.

I lapped everyone in the race except Roy and Laurence Malone. I could have lapped Laurence, but I was catching him on the last straight and didn’t want him in the winning photo. Laurence and I had been racing these Gant Challenges all fall. They were exposition cross races in city parks throughout the country. I guess we had a rivalry thing going. Thinking back upon it, it seems kind of petty now.

Anyway, cyclocross has progressed some since then. Not as much as you’d think, but some. The equipment is better, but Tim Johnson would do just fine on a steel frame with Barum Cross tires. 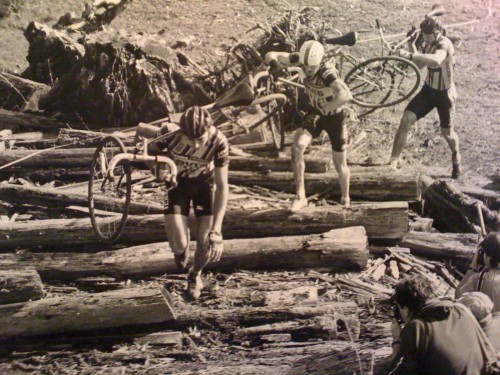 Levis/Raleigh TTT going up the log wall the first lap. Roy leading, me and Andy Paulin in 3rd. I'm not sure what kind of bike Andy is using. And I'm not sure what's going on with my arm above my bars. 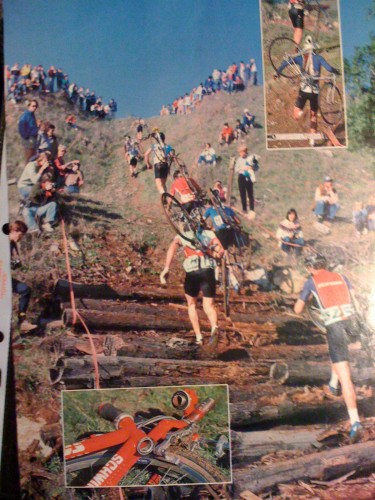 The logs were just the start of the climb. The little insert picture is Ned's bike I think. He started on a MTB bike. 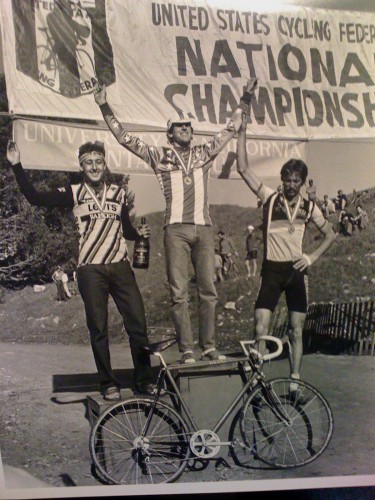 The podium. Roy Knickman, me, Laurence Malone. Laurence doesn't look too happy, huh? And Roy is probably wasted on the champagne. He was maybe 18 at the time. Roy and I were wearing jeans because we were sponsored by Levis and it was their backyard. 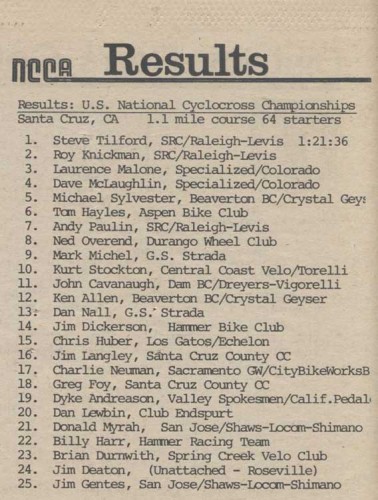 Check the winning time out. And the guys racing - Ned, Don Myrah, Kurt Stockton, Jim Gentes (founder of Giro Helmets), etc. I think it was nearly a 8 minute lap.