I was torn between racing cross in Memphis at my friends, Joe Royer’s race. It is a super fun weekend in Memphis on the Mississippi River. But then, a reporter called about doing an article on cross here in Kansas and wanted to shoot some photos.

So last night, Catherine and I went to Nathan Ham’s studio, a local photographer that is awesome. I went to high school with Nathan, but had never been to his studio, which is in a old restored limestone building in North Topeka. The photographer that shot us was Colin MacMillan. I’ve done a ton of photo shoots and this was one of the best. Painless. Fun. Short. And he took very good pictures. What else do you need?

So, I’m racing locally tonight here in Topeka. I’ve had a sore throat the past two days and one of my ears is all clogged up, which worries me about my balance. The race is at Heartland Road Racing Park and is under lights at 8pm. Last year when I was roofing, I went over to watch the race and wished I’d brought my bike and just ride around, even if I wouldn’t of been racing up to my standards. This year I’ll probably just be riding around, not up to my standards, but I’m not missing it again. I’ll let you know how it goes. 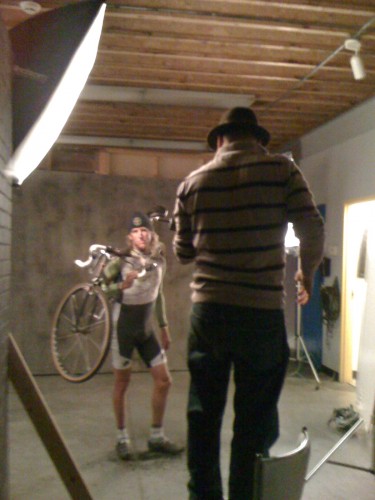 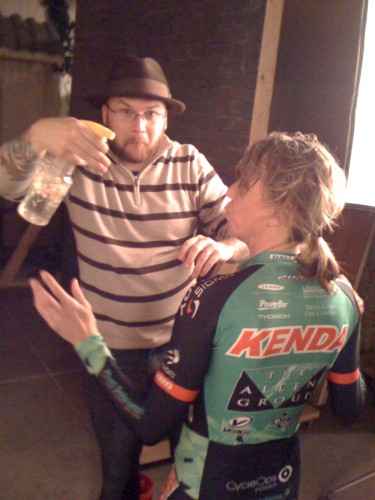 Wetting up Catherine before applying the mud. 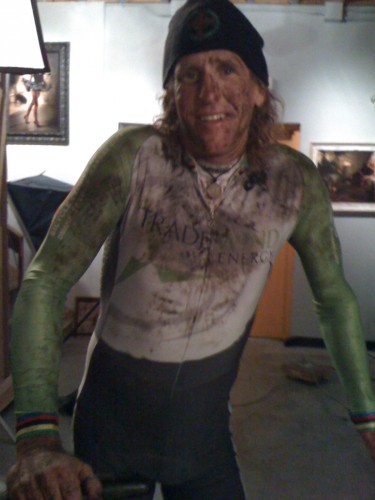 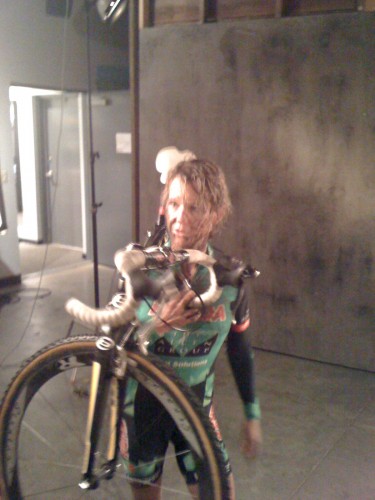 Catherine in her 'cross pose. 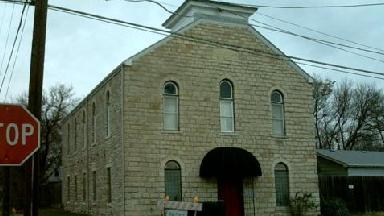 Here is a video of the race last year.