There is no place in Topeka that repairs Apple iPhone screens. I break mine pretty often, but I’m usually somewhere that doesn’t have a place to put a new screen in quickly. So, I just cover my screen with packing tape until the opportunity arises. I’ve been thinking about going into the iPhone screen repair service for a few months. It doesn’t take hardly any time and they charge you anywhere from $50-$100. At Apple it is double that last number.

When I was in Colorado, Vincent had a iPhone that his kid, Pascal, had thrown into the bathtub. We were drying it out and it was disassembled. We got it back together and it worked, minus the home button. Vincent gave the phone to Bill, who ordered a new home button and put it in last week. Works fine. And a couple days ago, my phone fell out of my pocket and the screen shattered. The first time that happened I was pretty bummed. This time I barely noticed. My brother’s phone has had “the white screen of death” for a couple months. I came home last night and just took his screen off and used it on my phone. I’ve now ordered a couple of replacement glass from a wholesaler in Tulsa. They are $7. The LCD’s are $23. Pretty cheap fixes for expensive toys.

So, I’ve decided to start an iPhone repair shop. By appointment only. I figure that if I’m around, I can fix a couple a day without it getting too much into the way of my free time. I’m not sure how many people break their phones, but I think the iPhone has about 10% market share of the phone business. So, if Topeka has around 200, 000 people, that is 20,000 iphones. If just 10% of those people drop their phones and break their screens, that is around 6 a day. That is a lot. I’d have to find someone to help. That would jack up my day too much.

If you have any extra broken/dead iPhones laying around that you’ve washed or takin’ swimming with you, feel free to send them my way. There are lots of parts in those phones that are good for someone else’s. 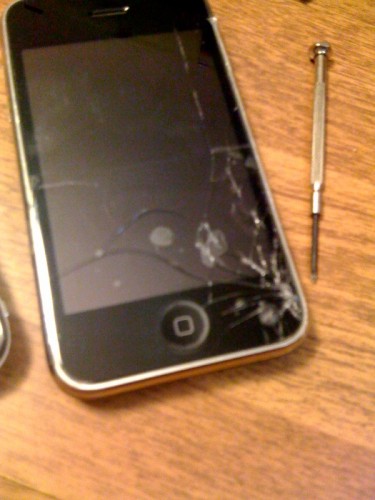 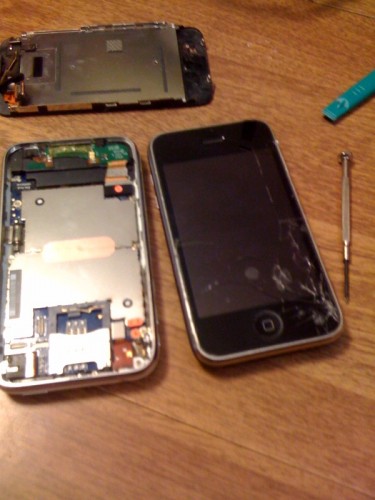 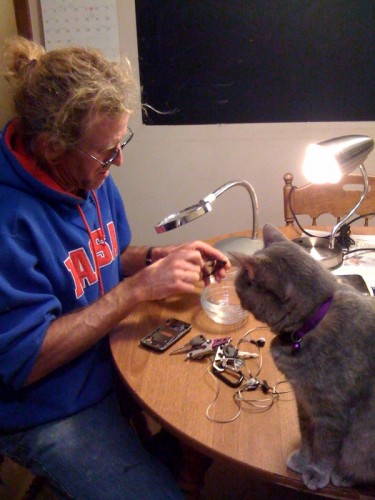 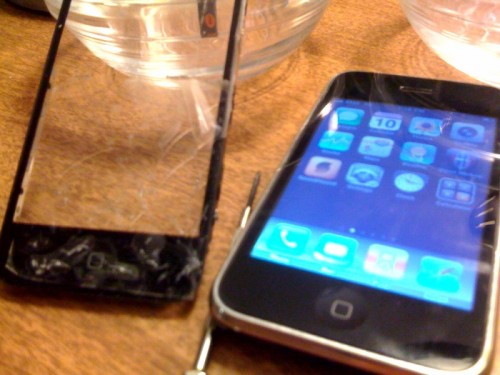