Did you guys see this article at Velonews.com last week? It is to report that one of the guys that Joe Papp had named that had bought drugs from him had an expedited arbitration hearing and was found not guilty. I posted earlier that the worst part of the last article on this subject was the line -“The names will not be announced publicly until and unless the individual cases are resolved against the riders”. And it is.

USADA has a confidentiality rule*. But, Velonews doesn’t have have to abide by that rule. And they imply that they know the riders name. Velonews wrote – “Out of concern for the rider’s privacy, VeloNews.com has opted not to publish his name.” So, Velonews isn’t going to name the rider to protect privacy. Boy, that is nice of them. If that is the case, then Velonews should never publish the name of a rider with a positive (non-negative) A sample before the results from the B sample results are released.

Transparency insures integrity in systems such as this. And the media is the avenue of transparency. So when the media, ie Velonews, fails to uphold their part of the system, the system is flawed.

I suppose since the arbitration ruled not guilty, they didn’t feel the need to release the name. Not guilty isn’t the same as innocent. And no matter what, it is still news.

But is this news now? It is and was news if they had named the rider. What was the point of the article now?. To make their first article seem less credible. This Joe Papp inquire has truth. USADA must of thought they had enough evidence to make a charge. So, whose rights are we protecting from making the charge public. The innocent? If that was the case in the United States, then all charges/arrests would be concealed and made private until each case was ruled against the individual charged.

I suppose it is one of the guys Joe outed in his tweet** from the Tour of Utah awhile back. And if that is the correct, then it is pretty easy to figure out who the rider is. Just look at the Tour of Utah results from stage 2 and do a little deduction. It would be one of those five guys. At least one of those guys are on the “Papp list”. And three out of those five are Americans. And one out of the three would never have to buy his drugs off the internet. So, figure it out.

There are reasons for the media to release the name of the rider before the hearing. Maybe there are a lot of guys out there with information that could of been used at the hearing. But, no one was notified that there was a hearing going on. And there are lots of reasons a not guilty ruling could happen with the charges still being true.

I think it stinks. I wish they Velonews would have not published the article in the first place.

Except for the notifications to the USOC, NGB, IF and WADA (or other sporting body ordering the test) as otherwise provided in this protocol, USADA shall not publicly disclose an athlete’s positive test result or other alleged doping violation until after the athlete has been found to have committed a doping violation in a hearing conducted under either article 9(b)(ii) or 9(b)(iv) above. USADA may release aggregate statistics of testings and adjudication results.

**On August 19, following stage 2 of the Tour of Utah, Papp wrote, “Jonathan McCarty, don’t worry, you were really 5th today in Utah. Or at least you will be.” 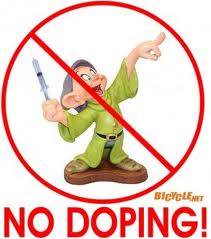