I was sad to wake up this morning and see the headline in Velonews that Laurent Fignon had died. I raced with Laurent Fignon many times. Actually, the first trip I made to Europe with the US National Team, Fignon was at nearly all the races we did that month. He was riding for the France National Team at the time.

The first race I did in Europe was a PRO/AM race, the Tour of Vaucluse. I just dug the results out and saw that he finished 12th overall. I was 31st. I remember being totally surprised that he signed a Professional contract that year. I was even more surprised when he won the Tour de France just 2 years later. I had raced with him nearly a month throughout France and Italy and he did nothing to reflect that he had that in his ability. But, those were the days when being a great athlete allowed good results.

Anyway, after Fignon retired, he did a lot of things that benefited cycling. It is kind of unsettling when your peers start dying. Kind of makes you think. 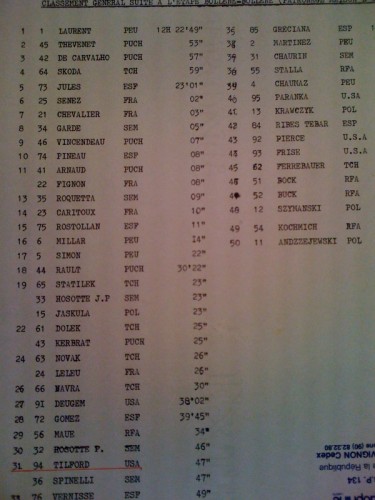 That is Bernard Thevenet that finished 2nd. Man, that was so long ago. 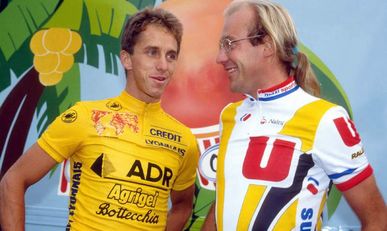 It's only appropriate that the photo is of Fignon and Lemond. It was like Lance and Ullrich. 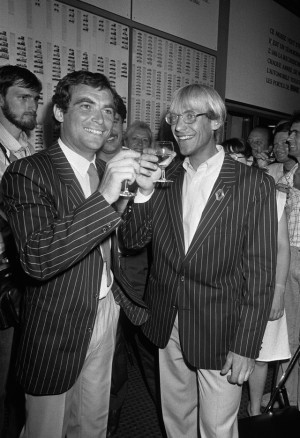 Excellent photo of The Badger and The Professor. 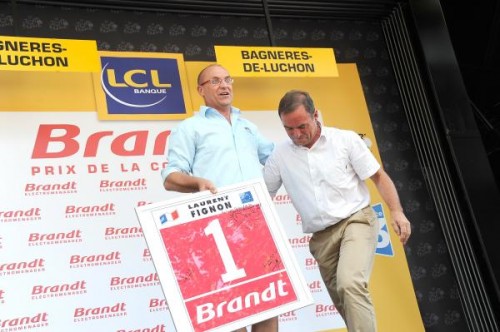 On the podium, at this year's Tour de France, receiving a special award from Bernard Hinault.