I’ve been up in Cable Wisconsin for the last few days. Bromont is very appreciative. I rode Dennis’ Eriksen 650B bike a couple days ago to the high point of the Chequamegon course and then did the last 10 miles. I know the buzz is all about the 29’r, but that bike rolls along good.

Yesterday, before going out for a road ride, I took Bromont out for a loop behind Dennis’ house. He was being pretty good and came back to check on me a couple times within the first 10 minutes. I caught up with him at a trail junction and he peeled off towards the ridge we hike to on New Year’s Eve the last couple years. So, I decided to follow. Long story short, I got way lost. Really lost. I can count on one hand how many times I’ve been lost in my entire life and at least half of those times it’s been up here. If it wasn’t sunny, I might still be out there. I didn’t see Bromont for 30 minutes and then he just appeared. I decided the best course was to try to head East and South. After about an hour, Bromont quit running and just walked. That slowed the process down dramatically. I eventually came out on to a road about 6 miles North. Behind the house it is nearly 30 miles North and 30 miles West where there aren’t any paved roads. If it had been cloudy and I had headed those directions, it could have been a long night. I considered picking up Bromont and riding with him back. He would only walk. About a mile from Dennis’ house, he was walking behind me on the road and the first car I had seen all day came by. Bromont walked out into the middle of the road and just stopped and stared at the car pleading to be picked up. I couldn’t believe it.

Last night I went to the to the Rivery Eatery in Cable for a Birkie volunteer appreciation dinner. We ended up staying there pretty late talking to Mick and Co. I ended up drinking 3 pints of beer and now have a mild hangover. The conversation was good though.

I’m off to Iowa City in a couple hours for a road race tomorrow and then the Old Capitol Criterium on Sunday. Bromont is out in the woods. I’m driving to Davenport to stay with Jeff Bradley tonight and then over to Iowa City Saturday morning. It’s nearly 400 miles there, so I need to get going pretty soon. I’m going to ride up here because it is supposed to be raining there for the next three days. I’m not looking forward to that. The criterium on Sunday would be pretty tricky in the rain. But, it’s 3 days off, so you know how that goes. 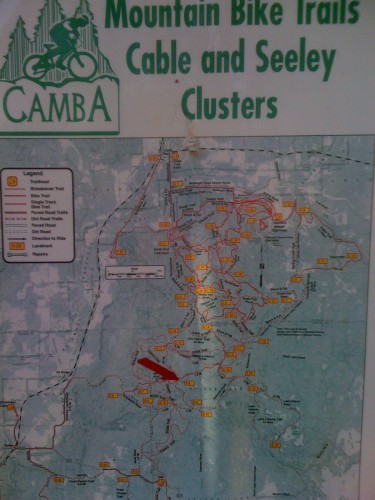 Camba Trail map. Even with these maps, it is easy to get turned around out there. 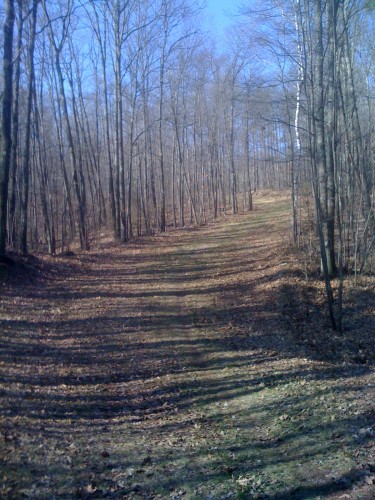 That last hilly section of the Birkie course at the end of the Chequamegon MTB Race. 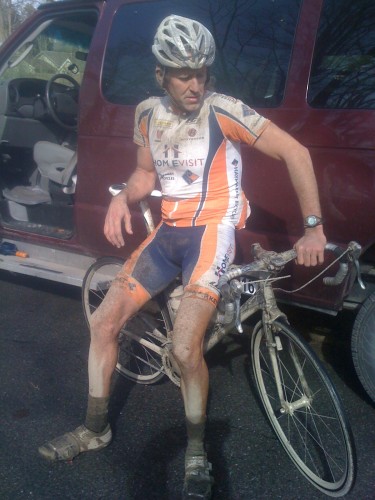 Happy photo after the finish of Battenkill. 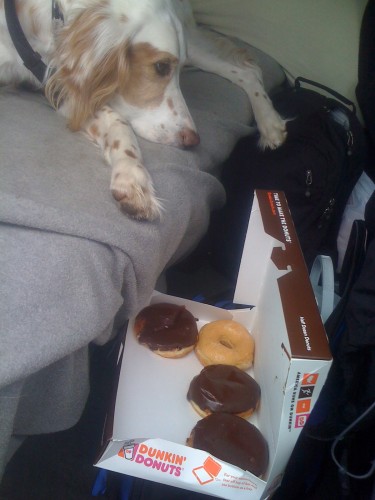 Bromont eyeing race food before the start of Battenkill. (6 cost the same as 3).

One thought on “Iowa City Bound”