KU is ranked #1 going into the NCAA tournament. They were ranked #1 preseason and ended the season in the same position. They play tonight at 8:40. Don’t even think of bugging me from 8:40 to whenever. Below is Obama’s bracket. He picked North Carolina last year to win it all. Hopefully he’ll be 2 for 2 at the end of the tournament. 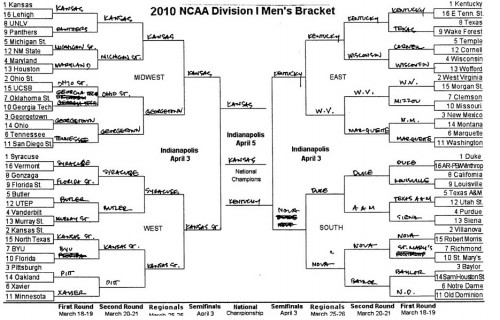