Austin is a great “town”. It’s not really a town because it has grown like crazy, but it has a town feeling. There are a ton of good things about Austin. And, a few bad. One of the best is the selection of food. There are hundreds of great restaurants. And coffee shops. And good music. And great scenery. And weather. The bad-traffic. And size. But, traffic is the biggest negative. It is super athletic. Runners and cyclists everywhere. Maybe the most dog friendly place I’ve ever been. There are water bowls outside every store. Treats. Loaner dogs to walk down by the river. It is just plain weird. In a good weird way. The riding is good if you’re on your own or riding with just one or two other guys. Group riding kind of sucks until you get pretty far out of town. I’ve got a fair amount of miles in recently. I’m starting to kind of run out of energy. You know how that feeling is after the first two weeks of training, you wake up one morning and feel like you’ve been run over by a truck. And can’t seem to wake up even after you’ve been awake for a couple hours. That is how I am currently. But, riding seems to be going okay. Yesterday, I started out and felt like shit. I rode South and met up with a friend, George from Topeka. We rode for a few hours. I stopped at a coffee shop on the way back. After that I was flying. I was riding against a pretty stiff (20mph or so) headwind and it was not a problem keeping my speed over 20mph. But, when I tried to ride at 25mph, that was a problem. I have no top end. But, why would I? I wouldn’t. It is still kind of depressing. But, that is what early season racing is all about in my view. Okay, one more long day before resting for a couple before the weekend races. Some photos below. 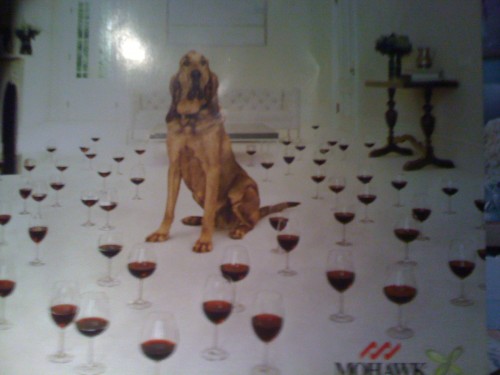 I saw this carpet ad in the flight magazine coming back from Phoenix. I though it was great. Dogs, wine, white carpet. Nice. 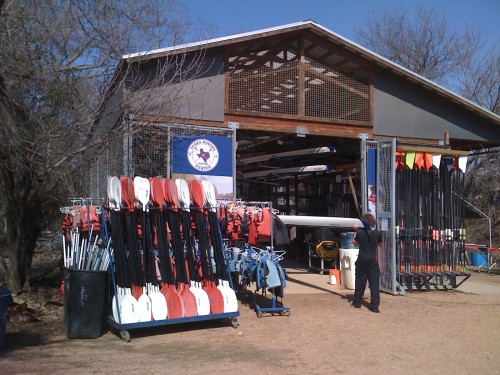 One of the many boat houses along the Town Lake. 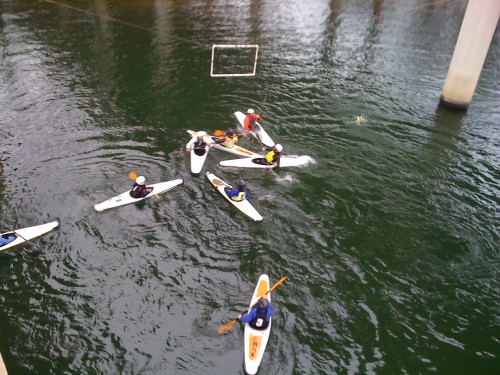 Kayak polo below the bridge. I've never seen that game played before anywhere. 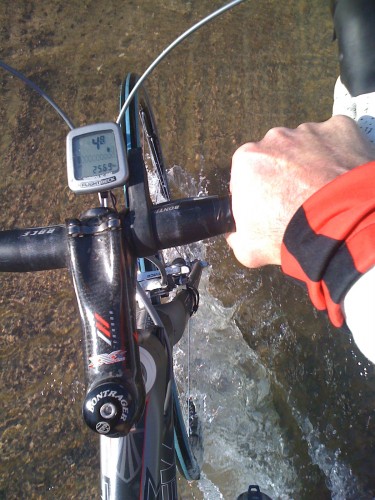 Another low water bridge crossing. It's kind of fun. 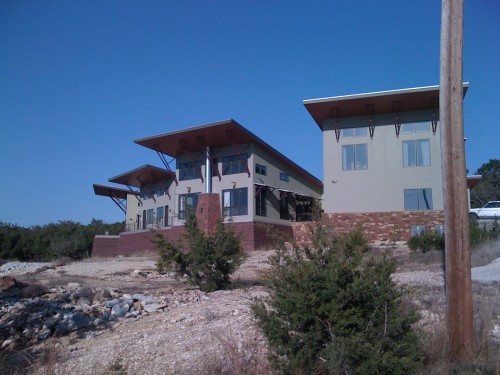 The craziest house I've seen here. It's 4 separate huge structures connected all together by a common front hallway. 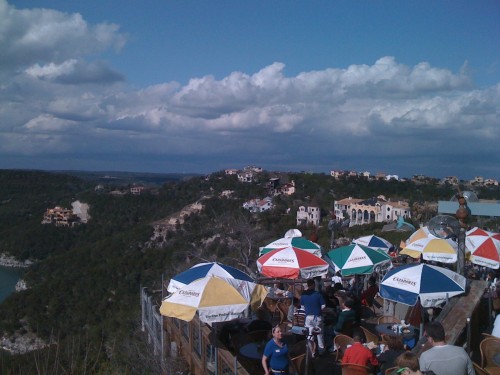 The balcony of the Oasis that overlooks Lake Travis. 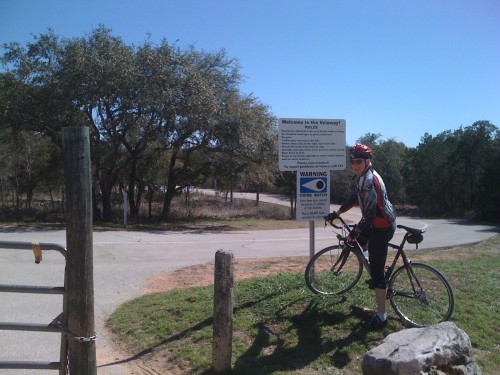 George at the Veloway. It's a closed circuit only for bikes. I'm not sure how long the loop is, maybe 4 km. 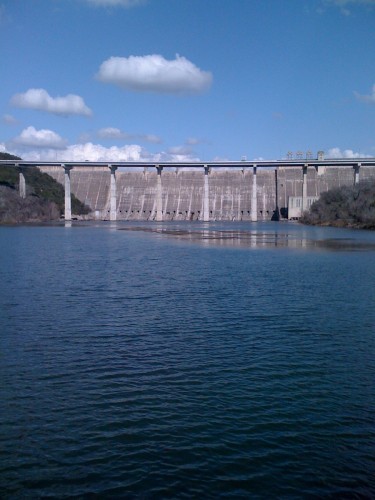 The dam for Lake Travis.