Salt Lake City was a blur. Today I went by the Tosh Clinic and saw Eric Heiden. He was doing surgery most of the day, but squeezed me in for 30 minutes. I hadn’t seen him for awhile. He is just the same. Super nice, down to earth, regular guy. He’d been shoveling snow all morning and his arms were tired. In just 30 minutes, I was in his office catching up for 10 minutes, then evaluated, X-rayed, an injection and then a splint fitted. Talk about an efficient use of time. It didn’t seem like he was moving very fast, but a lot got accomplished.

We then went upstairs to say hi to Max Testa. I’ve know Max since the 7-11 days. He was the first team doctor I had ever met. He is now a team doctor, along with Eric and Dr. Majors, of the BMC Team. I hadn’t seen him in ages. It was amazing to me that he had been following my results very closely. He was very complimentary. It is so cool running into friends you haven’t seen in a long time and continuing like it was like just the next day. It felt pretty comfortable all around.

Max was doing lactate threshold testing and the last patient forgot to bring his bike. He went into the back and brought out an old 7-11 Serotta that Jeff Pierce rode when he won the final stage of the Tour de France. It was so cool he was willing to let some guy he hardly knew sweat all over a bike he obviously coveted. Shows me how he thinks.

The clinic is crazy. Impossible to convey the size and quantity of stuff there. If you’re ever jacked up and need rehabilitation, you should consider making a trip out to SLC.

We were out of Salt Lake by noon. I love driving through Utah. Especially Highway 6. It’s much like Highway 20 in Oregon. Super vistas, open road.

I’m now in Silverthorne Colorado. Vincent, a friend from Topeka, has a place here. There is a ton of snow in Summit County. We’re going to go skiing (skate) tomorrow, now that I’ve got my thumb immobilized. We’ll see how that goes. 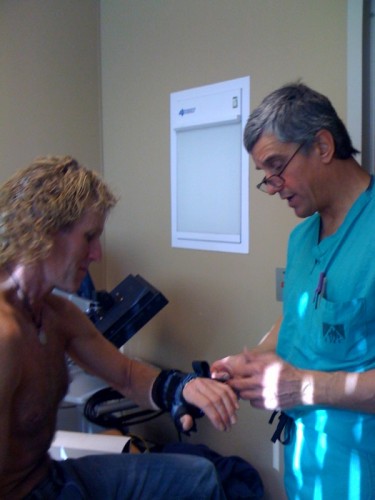 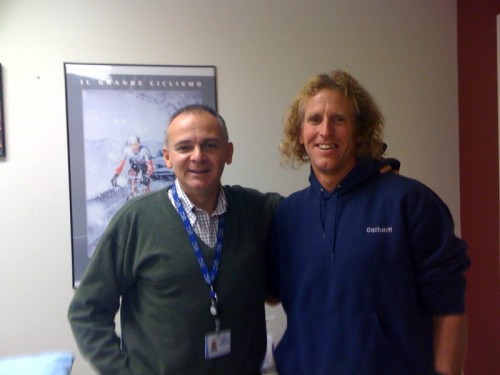 Max and I in front of a signed Andy Hampsten poster. 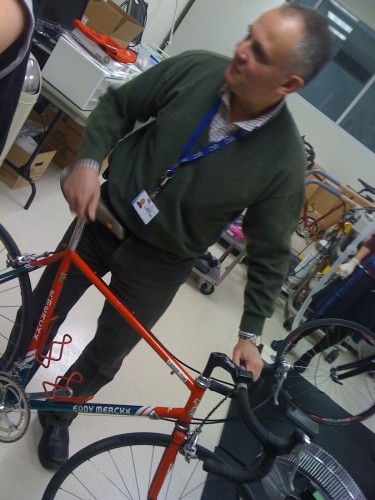 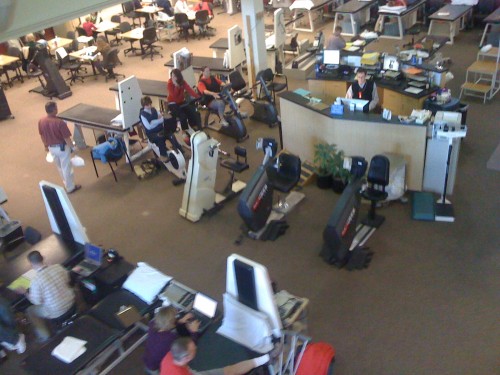 Ortho Lab rehab from above. 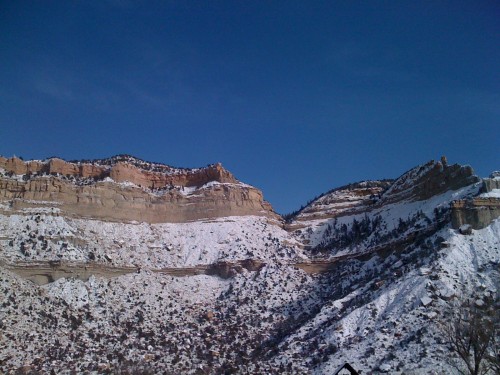 Driving through Utah is not boring. 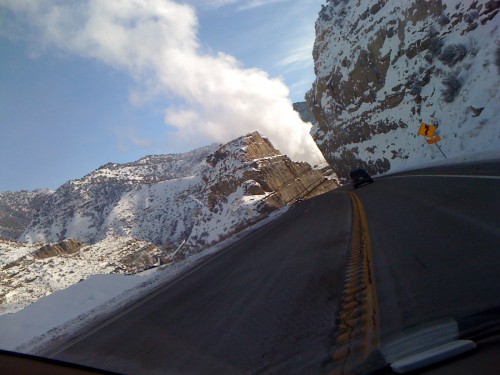 Utah sometimes seems like a different planet in the winter. In the summer too.

One thought on “Doctors, driving, skiing”