Guess I’m racing locally again this weekend. I was thinking about flying East again, but I’m not ready for that effort. I’m wondering when that is going to happen. Anyway, The CXC ski team that is headquartered in Madison, but really Seeley, Wisconsin, and their new supply of 2010 Salomon skis. Bryan Fish (coach) was sorting them for each athlete and returning the extras they don’t need. Go figure. Anyway, here is a photo of some of his sorting. If you have ski envy, don’t look. 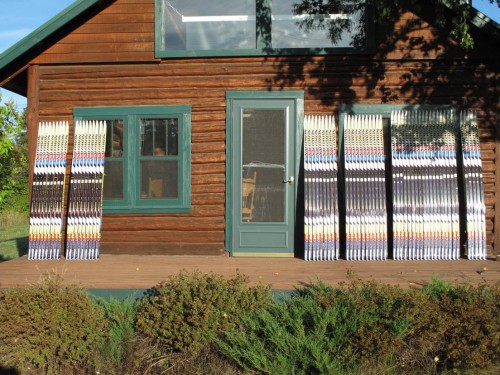 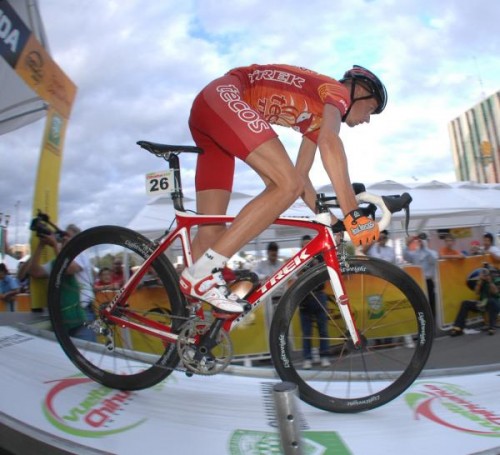 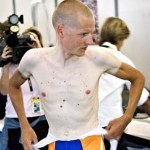 There were 2 cyclo-X races this weekend in Parkview Missouri. Boss Cross #1 and #2. It is pretty cool that the participants in X are up about everywhere in the US it seems. That is the case here in the Midwest. Lots of new guys trying it out.

I wasn’t sure I was going to race this weekend. I screwed up my left hamstring last weekend in the sand and it was still hurting on Friday. But, I figured I’d try it on Saturday and if it felt like it was going to turn into a chronic problem or worsen, I’d just stop. Oh, sure.

The courses on both days were nearly identical, but reverse. Lots of turning on hard packed grass. One sand run and one sand ride. Nothing extreme, but pretty technical. I thought that would be an advantage for me. Anyway, Saturday, I had a pretty bad day. Mainly bike handling. I wasn’t riding good either, but I put myself into bad position after bad position by screwing up. I pulled both my feet out of the pedals coming off the pavement and ended up 5th at the start. Joseph Schmaltz, KCCX, fresh off the USGP in Madison, was riding good and got away while I was trying to get past the other guys. I caught up to Joesph, but then augured a pedal and threw myself on the ground. I did this way too many times to recover from. I was pretty frustrated. Jeff Winkler, KCCX, eventually got away from me too under the same circumstances. It seemed like everytime I got going, I was hitting pedals and stalling out or falling. It rattled me. I finally waited for Brian, who was just a bit behind me. I wasn’t riding good, but good enough to stay away from everyone else. So, we finished 3rd and 4th, just ahead of a charging Josh Johnson, who is going really well.

Sunday was nearly exactly the same race. I got a shitty start. Joseph got away. After a 1/2 a lap, I got by the traffic, bridged up to Joseph and then threw myself on the ground. I’m not sure what the deal is. I’m not riding good, but I usually don’t have handling issues. I was handling my bicycle badly. Very badly. Plus, the running in the sand on the 2nd day was not working. My left hamstring was super weak and sore. It gave out a couple times. Finally, my right hamstring decided that it didn’t want to be left out of the extra massages, sympathy deal and it also cramped/got pulled. If it wouldn’t of happened so close to the end of the race I would of just stopped. I was riding with Jeff Winkler and Josh again. Joseph was still 30 seconds ahead and not slowing down. I got lucky and finished 2nd. Brian finally got on his own and finished behind us in 5th. He is starting to figure out the ‘cross thing and is improving.

Now, a day later, I’m still not sure what the deal is. I don’t think I’ve lost a local cyclo-x race in over 10 years. Longer. But, Joesph is going good. Jeff and Josh too. Actually, everyone locally seems to be going faster this year. But, that doesn’t explain why I’m going so slow in comparison. The last couple years I went straight from road racing to ‘cross with no specific ‘cross training. This year that doesn’t seem to be working. I am pretty crippled. I think mostly from running in the sand the last three races. That seems to be where I’m having the main issue. Both my legs are hurt. Hurt enough that if they feel the same next Friday, I’m not racing. I think I tried to do too many strengthening exercises this past week and all I did was weaken them enough they wouldn’t function. I’m a bit depressed. I still haven’t recovered from a separated shoulder and now these new problems. I think it’s about time I get into the gym and try to get some normal muscle function back. 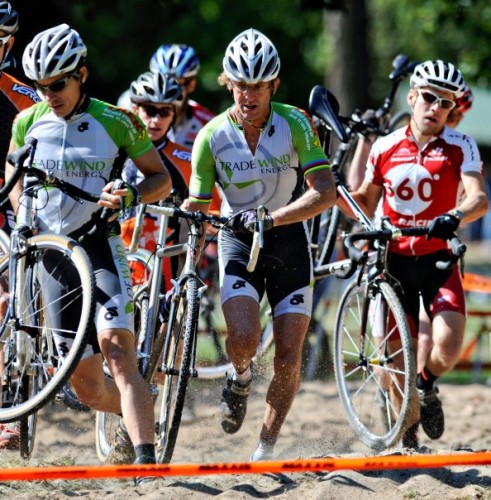 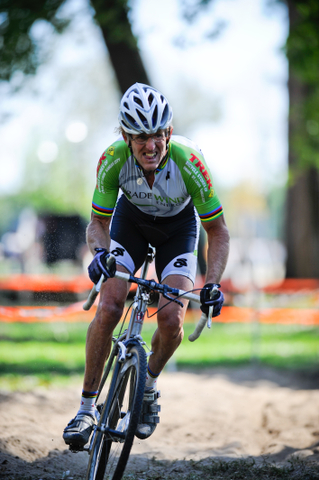 Name the person below, what’s in the river with him and where the photo is taken. 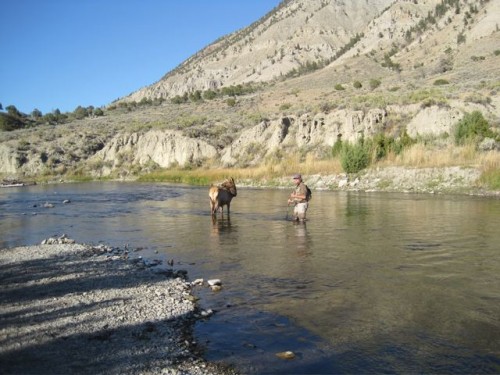 Ben didn’t want everyone to think that he was nuts attempting to jump the barriers at Cross Vegas ’09. Here’s proof that it works out for him most of the time.

The news is officially out that Bjorn Selander has signed with Lance’s RadioShack team for the next two seasons. It was inevitable that Bjorn would eventually be racing on a Pro Tour Team. I’ve been watching and racing with Bjorn since he was a “baby”. Bjorn has been getting better and better in leaps and bounds year after year. He does have good genes. His dad, Dag, was a good professional cyclist. He rode the Coor’s Classic on the Raleigh Team with me back in the 80’s. It’s nice to see Bjorn make the progression, especially to such a prestigious program. Congratulations!!! 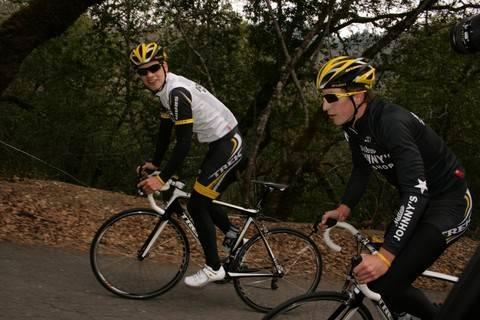 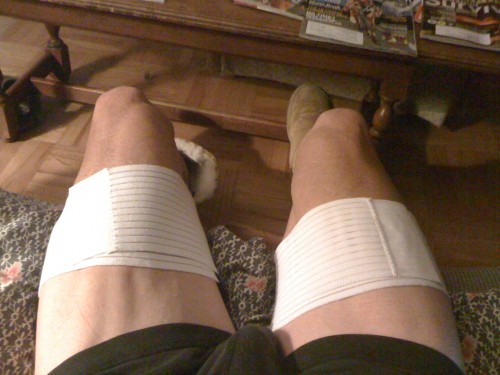 View from above. Ice on hamstrings for 2 hours today. Not sure how long I can tolerate this.