I knew the first cross race of the year was going to be hard. It didn’t have to be hot too, but it was. I’d say that was the main topic of the day. Whether we felt shitty because we hadn’t cyclo-x raced much or did we feel that way because it was so hot. I don’t have an answer to that, but I didn’t feel good. Not even close.

I had kind of a sore throat all week after Chequamegon. Yesterday it was iffy about going to race today. But, I thought I needed the practice and break-in period, so I went. I didn’t realize that the weather was going to be so good. I mean bad. It was unbelievable nice. Mid 80’s. Pretty windy. Super nice fall day. There were tons of riders at the even. I’m not sure how many categories they had, but it seemed like there were around 40 guys or so every time they blew the whistle.

We had somewhere around 30 riders in the main event. Plus all the single speed guys. The course was pretty technical. Lots of tight corners. Two dismounts, plus a long sandpit. I wasn’t too worried about the start. I can start fast if I have to usually. Bill Marshall, KCCX, took off and lead for the first few corners. I went by after a while and lead for most of the rest of the race. After a couple laps of the nearly 2 mile course, I realized that my two team mates, Shad Smith and Brian Jensen were 2nd and 3rd. I decided to sit up and wait for them. I thought I was going pretty slow, but it seemed to take a while before Shad was on. And Brian was only a little ways behind, but he wasn’t gaining much at all. Eventually at a U-turn, Brian told us to go on, so we did. In retrospect, I should of waited up a little longer for Brian. He hasn’t done too many cyclo-x races and would of learned a lot by riding behind us at speed. And, he would of finished a couple places better.

So, Shad and I rode around for the better part of an hour together. I was not having the best handling day. Or physical day. The corners were decreasing radius and I was going to the tape on most everyone of them. I didn’t have the best tire set up, but didn’t want to change bikes to get my other wheels. Shad didn’t try to come around at the end. I didn’t really care either way. I was just happy to be done.

It is weird how well you can be going one week and how bad it feels the next. Not that the last week has been anything close to good preparation for a cyclo-x race, but I still should be feeling better than I did. Might of had something to do with staying out late last night and being “dehydrated” from staying out too late. Whatever.

It was nice to see local up and comer Joseph Schmalz get some UCI points up in Madison this weekend. He finished as the 2nd U-23 rider on Saturday and 3rd on Sunday. I think he is planning on going over to Europe to get beat up on sometime this season, so every UCI point counts.

P.S. How about Cadel at Worlds. Why can’t that guy throw up his arms and at least act happy when he wins the race. He needs to learn how to enjoy the moment and quit being so grouchy. 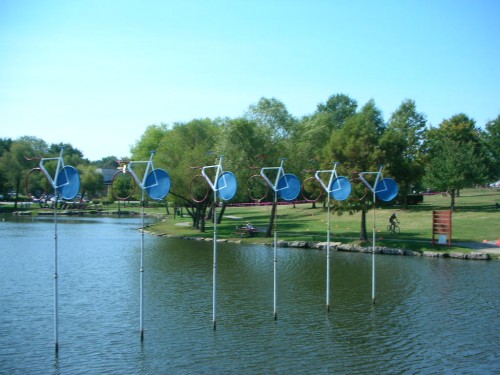 Bicycle theme in the park. 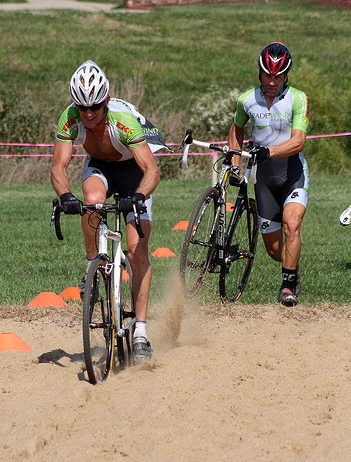 I suck in sand for some reason. 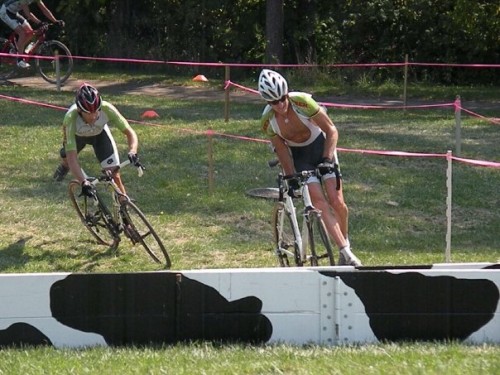 How about the cow barriers. 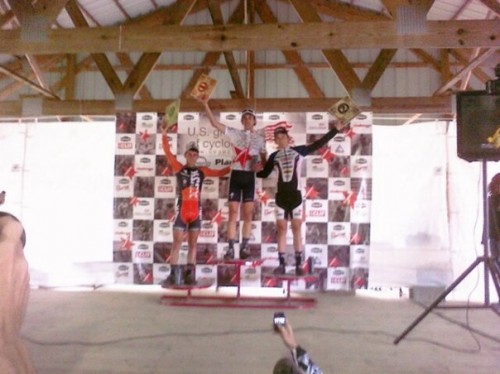 Joseph on the podium at the USGP in Madison.