I was, sort of, kind of, planning on going to to Las Vegas for Interbike after Chequamegon, but I never made it there. I think it is great that there are races to go along with the bike show now. But, the races kind of suck. ‘Cross Vegas, no matter how spectator friendly the race is, sucks. At least for me. I’m not sure if there is fertilizer/pesticide in the soccer field or what the deal is, but the last two years, after the race, I cough up yellow gunk for a week. Plus, the course is not technical at all and is in thick Bermuda grass. (Last year I rode road tires.) And, then the US Crit finals is a parking lot criterium in Mandalay Bay parking lot. I have nothing against parking lot criteriums, but this one is pretty sketchy. And, I haven’t gotten any prize money from last year’s race yet, so I can’t really support this year’s.

So, I decided to stay up in Wisconsin, to ride singletrack, play in the woods, split wood and kayak Lake Superior. The sea caves along the shore East of Meyers Beach are spectacular. If you’ve never been up there, it is a mandatory life experience.

Today I just about got on a plane and flew back east to Boston for the Mayor’s Cup Criterium Saturday and a UCI Cyclo-X in Vermont. But, I didn’t get to Kansas until super late last night and didn’t have the energy to pack up two bikes and drive to the airport. I guess my Cyclo-X season is going to start with a local race in Kansas City on Sunday. It’s cross, so it’s hard wherever. 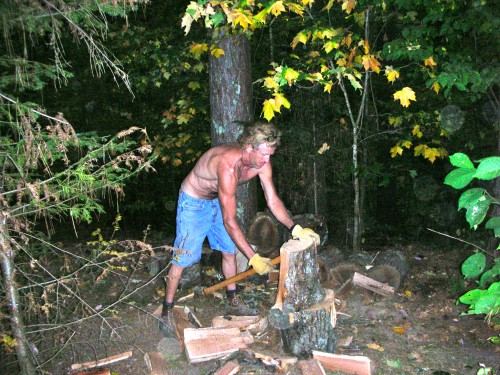 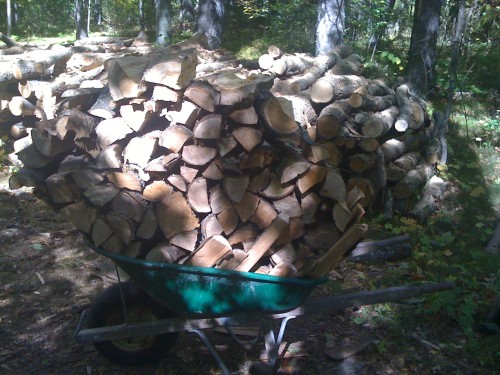 Filling the wheel barrow. The handles are the weak link here. 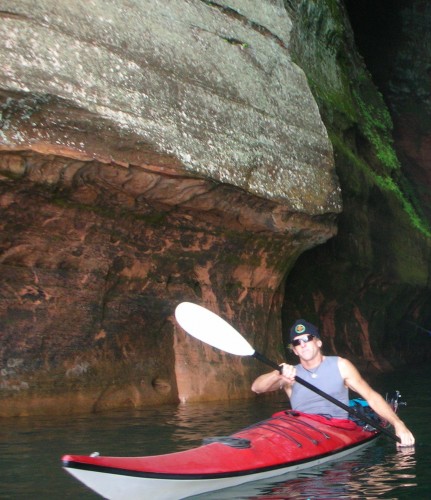 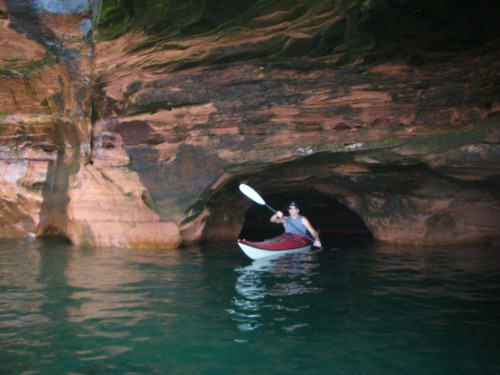 Coming out of a cave. 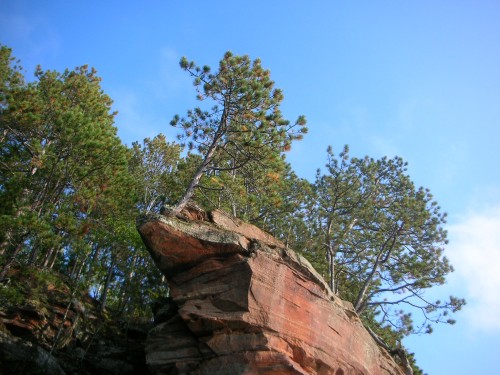 This guy is a true survior with a spectacular view. 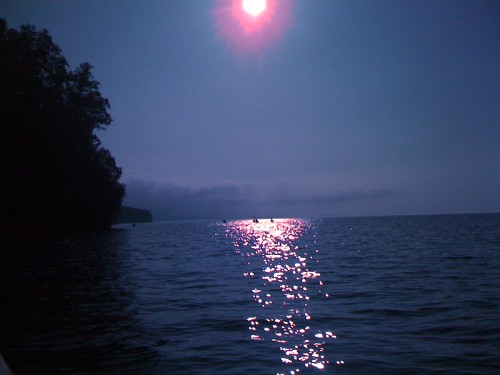