I’ve spent a fair amount of the past three days at the hospital. For about 30 minutes of treatment it took hours upon hours. Long story short, from the crash in Kenosha, I have a 3rd degree separation of my right shoulder and a couple cracked ribs. I’ve experienced both before. The ribs are way more painful. My shoulder doesn’t seem to be working that much worse than it did before, other than it hurts a lot to move it. Supposedly the shoulder should be operated on to fix. I’ll give it some time. Below is the only way I can move around the urgent care/emergency room. The bump on my right shoulder wasn’t there previously. The guy pushing me around rides a Gary Fisher MTB bike, but is thinking of trading it in on a road bike. It seems so weird to think that someone would actually trade in a bike. It turned out he was also the X-ray technician. Maybe the only efficiency at the place. 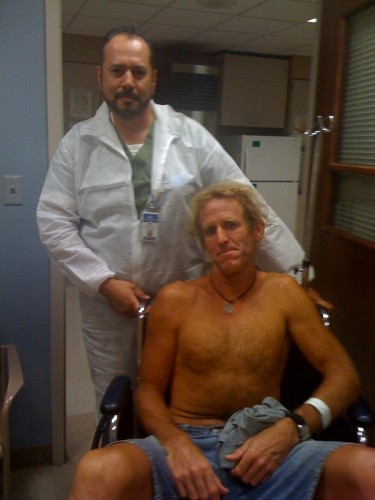 There is a ton of weird stuff in this world. Seems like somebody has come up with about anything that could be thought up. And then there is a never ending supply of new weird stuff.

Below is a photo from the Superweek race expo. It is a Go Girl booth. It is a devise that allows women to pee standing up (or sitting down in a car). Their catch phrase is “don’t take life sitting down”. 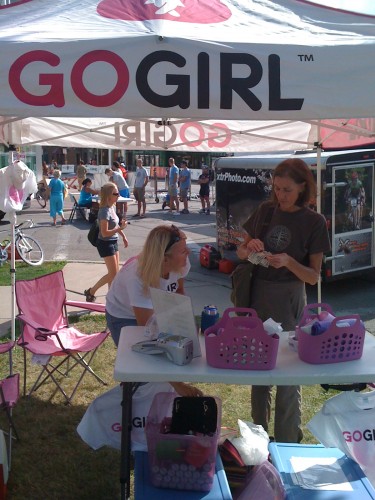 Here is a photo of vending machine that sells live bait. It has minnows, night crawlers, and even leeches. I’ve seen them all over Wisconsin. Maybe there should be a vending machine pet store that sells mice, guppies and other small pets. It kind of seems wrong. 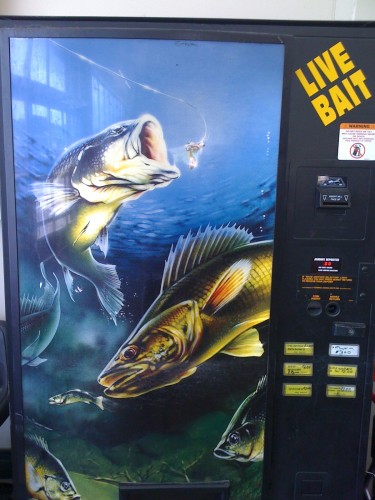 Below is a photo of a machine that cruises around Lake Delavan all summer to skim algae off the top. They have 4 of these machines that work full time. I guess there is so much algae because of the fertilizer runoff from the surrounding fields. I wonder where these machines are made and how many they sell a year? 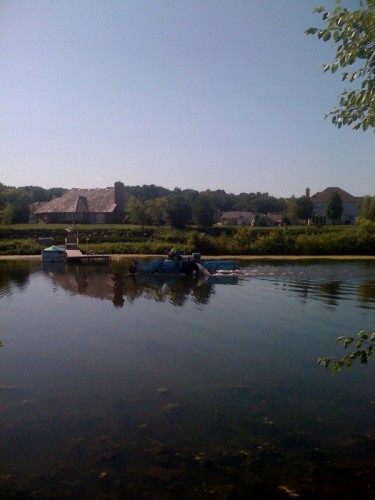 One thought on “Mid-Week Musings”