On 13 July, 1967, while climbing the vaunted Mt. Ventoux, world champion English cyclist Tom Simpson veered to the side of the road and collapsed. Attempts to revive him were futile. He was evacuated by helicopter to Avignon, but was already in cardiac arrest brought on by dehydration, heat exhaustion, amphetamines, and brandy. As he lay on the side of the road, his last words before losing consciousness were “Put me back on my bike“.

Three kilometres from the summit, in a landscape of stone, where the mountain becomes most arid, the Briton began to wobble. The drama was imminent and it came a kilometre further on. Simpson climbed in slow motion, his face blank, his head tilted towards his right shoulder in his familiar manner. He was at the end of his strength. He fell a first time. Spectators went to him, putting him back in the saddle and pushing him. He went another 300m, helped by unknown arms, then fell again. This time, nobody tried to pull him upright: he had lost consciousness. 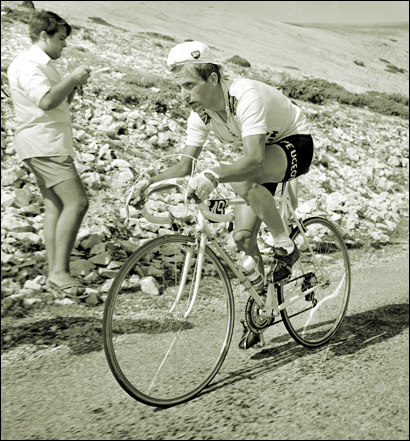 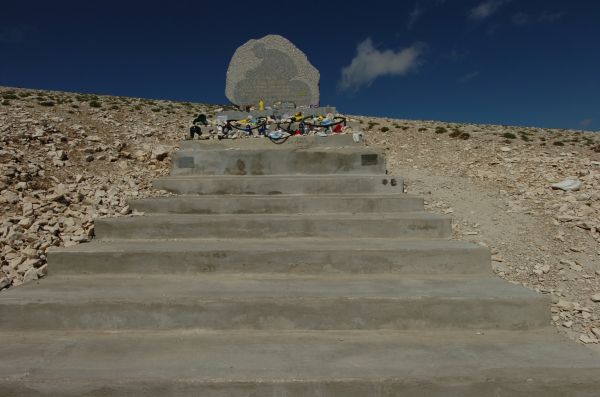 One thought on “Tommy Simpson-42 Years ago today…….”