The Tour of Lawrence was a complete success. For a first year event, nearly everything went flawless. There was a bit of a timing problem on Saturday night for the criterium, but everything was worked out.

Sunday was a circuit race on the KU Campus. It was over 4 miles and very, very hard. It was similar to racing a hilly criterium from the gun, with two hard climbs. One climb was a big ring 1/3 mile hill and the next was a shorter, but much steeper kicker that went through the chancellor’s driveway. And her driveway is steep! There were lots of downhill technical corners. Lots of technical corners in general.

Anyway, the race started pretty quick. Nearly 70 starters. I knew there was going to be a slinky effect because of all the turns and terrain changes. I was pretty active during the early going. I made a bunch of splits. Never got into the right mix though. I was having a pretty good day. Eventually, Brian got away in a group of 7. I thought I would bridge up eventually with a Champion/Porsche rider, since they didn’t have good representation up front. That wasn’t to be. Heath Blackgrove and a couple others went on the steep hill and I missed it. That was 9 away and I was left in what was left of the fragmented field.

Finally, with a couple laps to go I managed to get away from “the field”. I rode a lap by myself and then on the next to last lap, Carlos Vargas attacked and caught me. I rode with him until a 1/2 lap to go and then I cramped. I didn’t really see it coming, but it was a pretty hard race. Carlos dropped me and I struggled to the line. Finally, on the “Chancellor’s Hill”, 800 meters from the finish, a couple guys were charging. I put in a good effort, but Frank Travesio from Champion/Porsche caught me at the line. I finished 12th. Pretty disappointing. Sean Sullivan, Hotel San Jose won outsprinting Dewey (thanks Dewey). Brian ended up 9th out of 9. He was so into covering everything, trying to win, it eventually caught up with him. But, I applaud the effort. All or nothing. That’s the way we should all race. 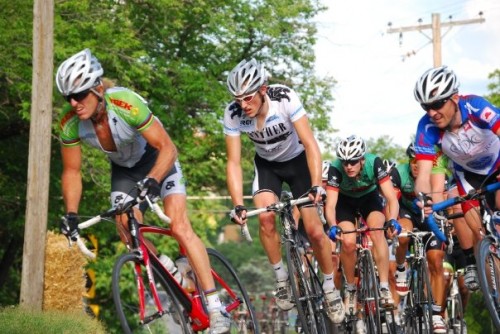 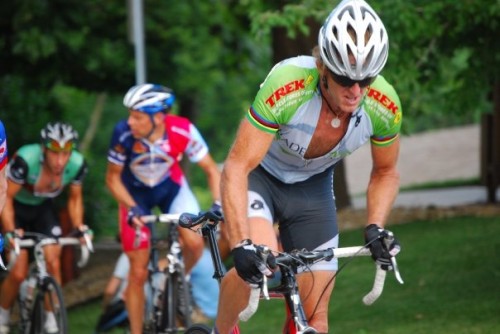 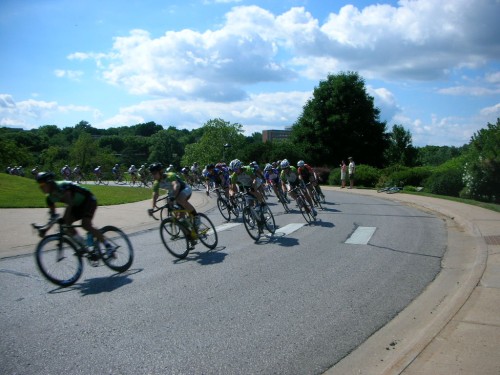 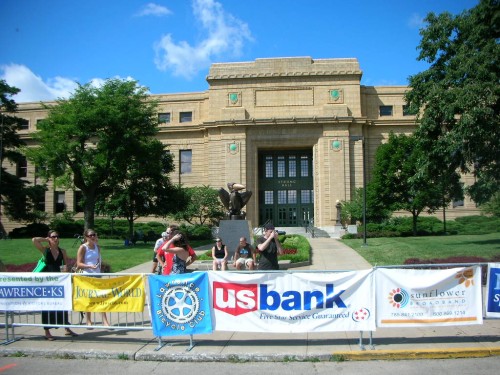