I’ve won a ton of trophies in my lifetime.  Before cash as prizes, every race gave out trophies.  A crazy amount of unique ones.  I have trophies made of wheat stocks, ceramics.  glass, plastic and metal, of course.  And lots of rocks.   Most of my favorite trophies are from South America.  They are ornate.  And seem handmade.   But, Friday, Brian Jensen gave me one that the  promoters of The Hell’s Kitchen Road Race had given him to give to me.  It was a trophy for winning the race last year.  About as unique as they come.  And perfect for me.  If every time I won a race they gave me an engraved tool, I’d probably try just that much harder.

Last week, I was gluing some tires on for a friend before the Tour of Kansas City.  I hadn’t glued many non Vittoria road tires on for awhile.   I won’t mention the brand, but it took some time to get these guys straight.  Then, after I pumped them up to full pressure, they wanted to turn inside out on the rim.   That is a first for me.  Anyway, I was amazed how much old glue was on the braking surface of the rims.  It took me nearly a half hour with steel wool and toluene to clean them (aluminum). In his defense, he had used them previously for cross and probably had mounted some Dugast  tires that are nearly impossible to stretch on.  But, I couldn’t understand how anyone could brake with so much glue on the rim.  I looked around a bit during the Tour of KC last weekend and was surprised that it wasn’t that unusual.   I guess there isn’t a class on gluing tubular tires onto rims, but if there was, rule 2 or 3 would be-no glue on the braking surface after the tire is mounted.  None.  Zero.   Use solvent to clean the rim completely or better yet, don’t get any glue on the rim to start with.

I was gluing a super light Bontrager tire, I got from Al Clark at Trek, to a super light Bontrager carbon wheel.  I don’t think they’re going to be making the tires, but they should.  I think a lot of guys would like to ride tires weighing less than 260 g.  Anyway, check out the picture below.  That is wheel, tire, skewer and magnet on the scale.  Pretty light, huh? 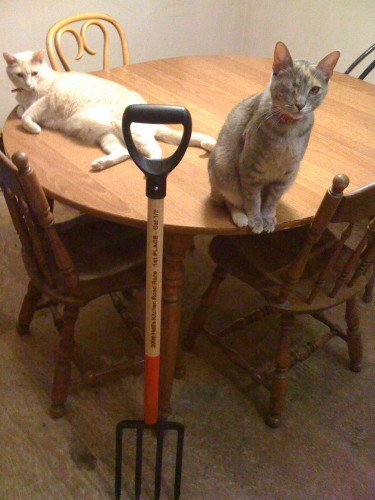 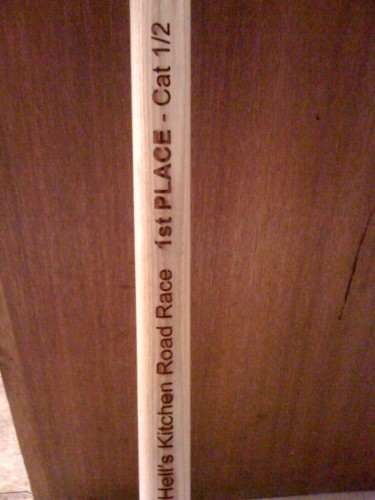 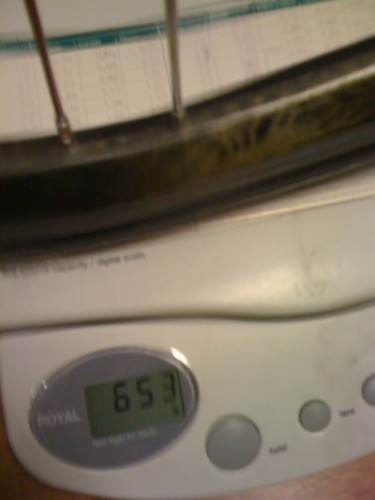 One thought on “Wheels & Trophies”