Lago Vista is the 2nd  of two road race weekends I usually ride down here. It is a hilly loop 25 miles West of Austin in the hill country.   Bruce and the guys do a super job on a pretty demanding course. They’ve been putting the race on forever.   The loop is around 6 miles with one side being predominately climbing and the other big rollers down to the finish, which is at the top of a small hill.  Saturday, the wind was blowing pretty hard, 25 mph+, so that made it all the more fun.

I had done a bunch of miles during the week. I’d ridden to San Antonio against a 35 mph headwind one day.  We’d ridden out around Lake Travis to Lago Vista, which is a great ride.  So, I was fitter and much more tired than the previous week.  Almost immediately, maybe 2nd lap out of 15 or so, I got into a 5 man move.  I never was feeling too good.  I’ve been having some issues with my left leg and that was the limiting factor.  Anyway, we all keep plodding along into the wind with the field never getting too far behind.  Everyone was working initially, then one by one they started sitting on and eventually disappearing.  It finally came down to Heath Blackgrove and myself.  By that time, I wasn’t going good enough to beat anyone.  I kept pulling prettty hard, but was cramping.  I told Heath with a couple laps to go that he was going to win.  That is when he started riding much harder.  I didn’t/still don’t understand it.  Maybe he was just training.  But, he rode the last lap much faster than any of the previous laps by far.  I’ve never experienced the situation.  When someone “concedes” in a bicycle race, and the race is already decided, then it usually gets easier and slower.  He throttled me.  I figured it would be better to ride the last lap at my speed and not kill myself for the next day.  So that is how it ended up.  Heath riding in alone and me finishing a demolished 2nd.  Stephan Roth had been time trialing a couple minutes back, caught his team mate that was in the break with us, and finished 3rd right ahead of a charging field.

Sunday is virtually a do over.  A little different course on the top, but basically the same course.  Only 10 or so guys from the Kelley Benefits Pro Team showed up.  So, I didn’t race.  I raced, but didn’t do anything but sit in.  I wasn’t feeling much better early on and figured the race was not winnable.  Eventually, 20+ guys got up the road with half the Kelley Benefit guys.  They split up.  But, then the remainder of the break got back within sight with 3 or so laps to go.  I was feeling much better and pretty fresh, so I decided to play the last 3 laps.  I bridged up to the remainder of the break.  But, the field caught on soon after.  I realized that nearly everyone else in the race was pretty much done.  Probably from the 2 days of long February racing.  Whatever the reason, it was much easier for me to separate myself from the group.  On the last lap, towards the top of the climb, I jumped up to a small group of 6 or so.  Two Kelley Benefit guys and three other pretty good riders.  I took a couple pretty hard long pulls to separate us from the group.  But, on the rollers to the finish, we didn’t have a big enough gap and got swallowed by the masses a couple hundred meters from the line.  I was pretty fresh still, but totally miss calculated how fast the field was coming by us.  I was in an 11, pretty spun out and was buried before I got up to speed.  KB finished 1-2-4-6-7 or something like that.  Pretty stupid.

It is so funny how people judge themselves. And how they come out of race weekends mentally.  Especially early season.  I was pretty depressed after Saturday.  Even though I got an OK result.  I usually don’t put myself in a position not to be able to win a race.  Saturday, I knew early on that if I things didn’t change for the better, I wasn’t going to win.  But I kept pulling, knowing I wasn’t going to win.  Sunday, I was still trying to recover from being seized up and hurt from the day before.  I was just riding around, knowing who was going to win.  Then, towards the end, after 70 plus miles, I started coming around and had a pretty good race.  Acceptable strong at the end.   Even though my result was terrible, it was a better race for me.  I’d rather be riding good at the end of a race when it is hard and get buried at the end than riding bad the whole race and get a good result.  Especially early season when the riding bad is so, so painful.

Anyway, for the 2 weekends, 4 races, the two of us, Bill and I finished on the podium 3 out of 4 races with two 2nd’s and a 3rd. .  Can’t complain about that. If Brian Jensen would of been here, the results would of only been better.  Catherine Walberg, Topekan and van passenger/travel companion,  finished 2nd, 3rd in 2 races and 6th in the other.  That is with driving the 700 miles back to Kansas and then again back to Texas to appease her real sponsor during the week.  It is looking better up North towards the end of this week.  It’s going to be in the 60-70’s in Kansas.  So, we’re riding a couple more days here and then heading home.  After being in Texas for the past couple weeks, it hard to believe it is still winter in the rest of the country.  Reality check time soon. 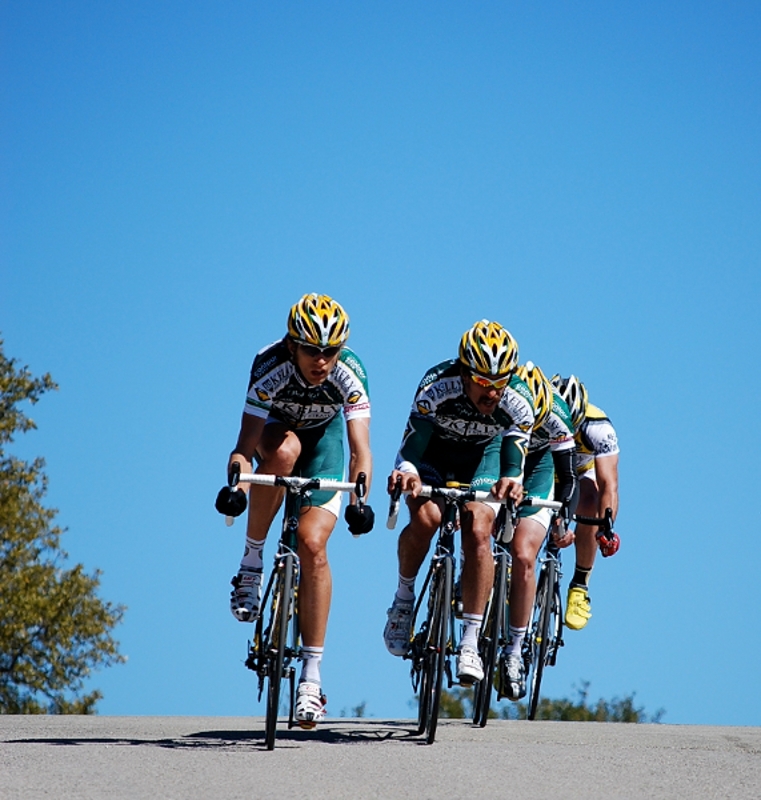