I was at a fashion show in a mall last week.  Actually, I was at a mall that had a fashion show going on and I couldn’t believe how tall the heels were on the shoes the models were wearing.  The shortest heel couldn’t of been less than 4 inches.  Every model was wearing these.  Then I started looking around the mall and realized that virtually every woman there was wearing something similar.  The models were walking pretty good in those things.  They had a little issue right at the end of their step when they twist their legs like models do.  But, the average shopper wasn’t nearly as adept.  I hadn’t noticed before, but nearly all the women there were walking in some sort of abbreviated state to stay on top of their heels.  It was not a pretty sight.  Anyway, I don’t get it.  It has to be horrible on your legs.  Not to mention your feet.  Someone needs to explain it to me in practical terms. 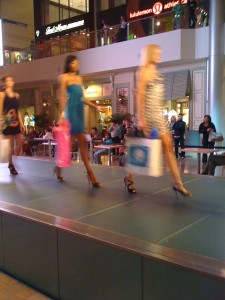 To change the subject, I was at the local farm store here in Topeka and the chicks are in.  Every February they get in boxes of small chickens and keep them in cages under heat lamps.  They are so cute.  I’m not sure if these are chickens that lay eggs or to eat.  I’m thinking the latter.  But, if they are the ones to lay eggs, I’m thinking of getting a few to wander around my backyard and eat the leftovers.  It might take some initiation time to get the dogs and cats under control, but I think it is manageable.  Maybe. 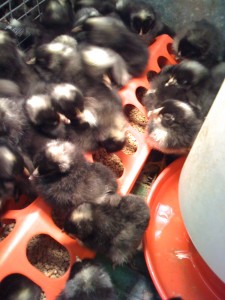 And, I got this photo and a bunch more on an email  There are schools of stringrays in the Gulf of Mexico that number in the 10,000 range.  I had no idea that so many stringrays would mass together to migrate.  I would pay anything to personally witness that. 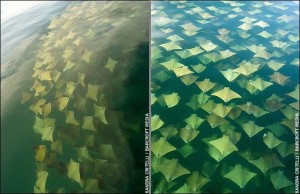 Bike racing.  I’m going down to Texas to do 2 weekends of racing.  I’ve done these races for the last few years and it’s a good way to get a jump start on the season.  Very painful though.  I guess that a few of the Toyota-United guys that didn’t get sponsorship are riding for San Jose, an Austin team. And the Kelly Benefits Pro squad is in San Antonio for a training camp.  So there should be 14 or so of those guys there.  That might just make the racing a bit stupid, but it doesn’t really matter in February.