Boulder was this weekend, but I hate altitude. I was thinking of flying out to the East coast for two UCI races this weekend, but there were two cyclocross races scheduled here locally. And one was being held on the Nationals course in December.   So, I decided to stick around and check it out.  I’d ridden a ton of miles the last week.  At least for the end of October.  But, nothing intense, so I figured the race/pain would be just that, intense.

The best training advise for this venue is you’d better start getting super fit for climbing if you’re racing Nationals in December and plan to have a good result.  It is pretty much up for quite a while and then directly down.  It is a fitness course for sure.  Pretty open with a few off-camber, fast corners. There is a YouTube helmet cam video below from one of the other categories. It doesn’t show how much elevation gain there is, but it does show the general layout of the Nationals course. No audio though.

Anyway, this is the first non UCI cyclocross event I’ve raced this season.  That’s not normal for it being November already.  Anyway, the guys around here, nearly all of them my road teammates,  have been going pretty good and it’s been pretty competitive racing.  I’ve been interested in seeing how well they’re going.

Anyway, not too much to report.  I got a pretty bad start, but there were less than 30 guys in the Elite race, so a horrible start still leaves you in the top ten.  About half way up the climb the first lap I got into the lead.  The one set of barriers are nearly at the top of the climb.  They were using 2 X 12’s for the barriers and I had no problem jumping them which gave me an advantage  immediately.  Then it is a pretty technical long descent, which isn’t bad for me either.  So I had a pretty good gap 1/2 way into the first lap and didn’t have any real problems the rest of the race.  I was surprised how bad I felt for most of the race.  I didn’t feel like I had much power until the last couple laps.  I was riding way better then, which is nice.

Brian Jensen was 2nd on the day. He’s done virtually no cross racing until recently, so each one is a learning experience. Shad Smith has been sick a couple weeks and it was all he could do to stay with Brian ’til the finish for 3rd. Joseph Smaltz, junior, rode in for 4th, sans seatpost, thus no seat. He rode the last few laps that way, improving on his standing ability. And Chris Wallace was 5th. We have a bunch of real good young guys around here that ride bikes pretty good. It’s fun.

Anyway, I was a bit apprehensive about the venue when I saw it a couple months ago.  Seemed too rustic then.  But, it is going to be good.  And, it’s just going to get better I’d guess.  Hopefully this year the temperatures will be closer to normal which is in the 40’s.  Ok.  Some photos below.  You can’t really get the layout of the course too well…..sorry. 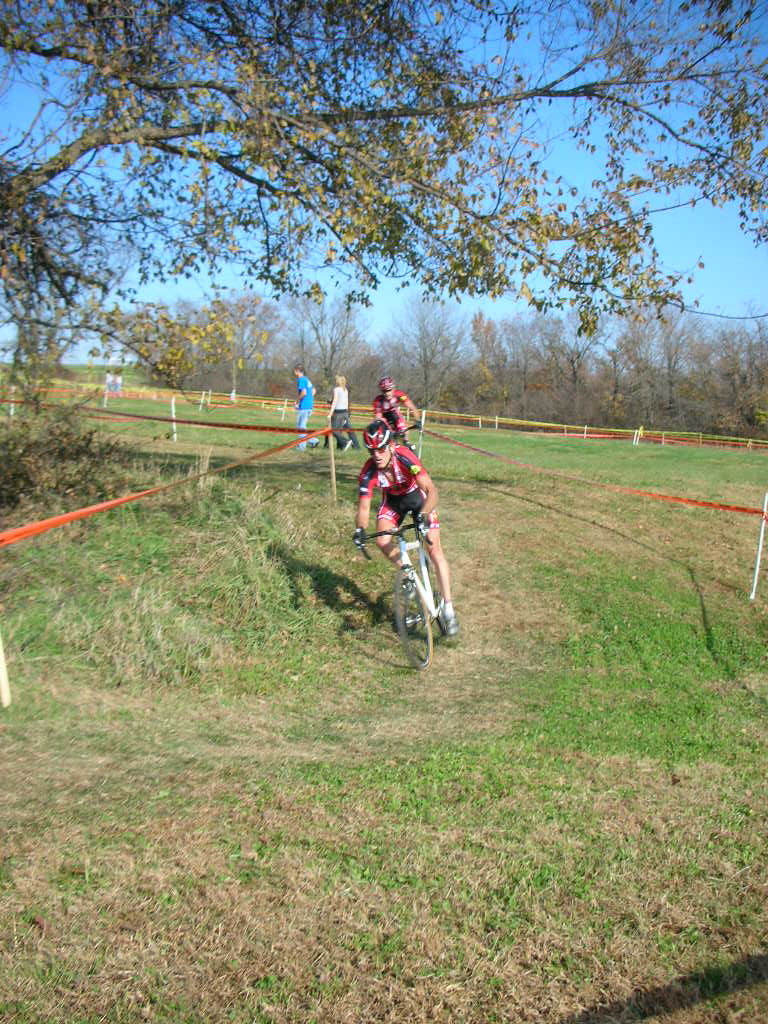 You can kind of see the elevation change. 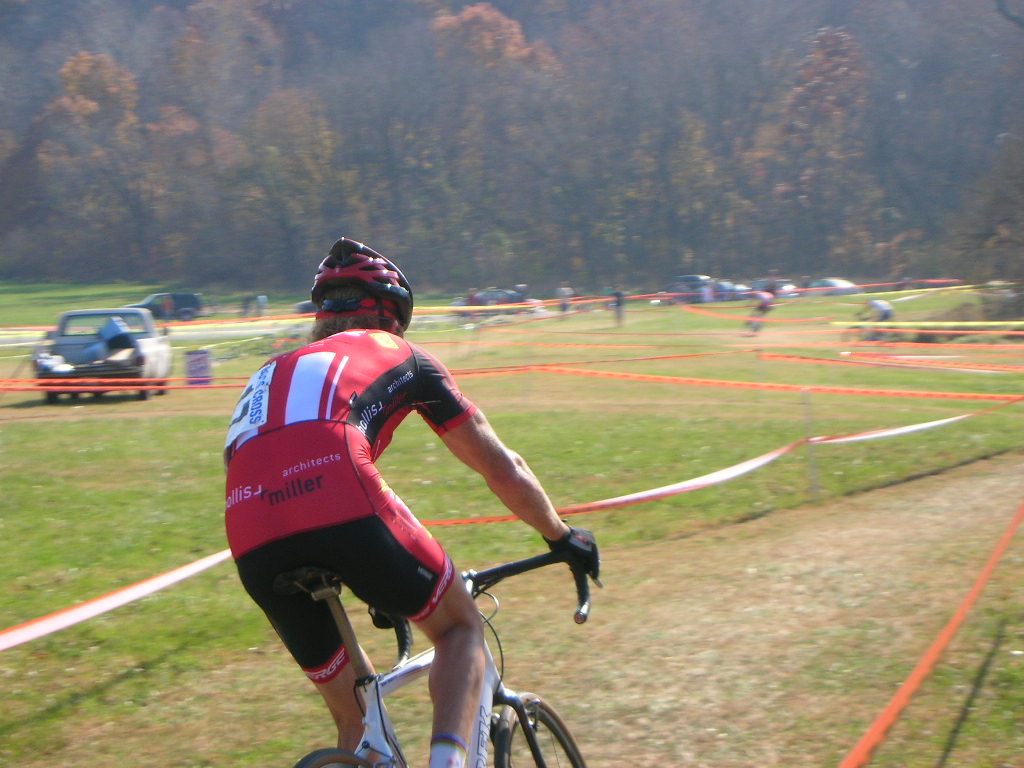 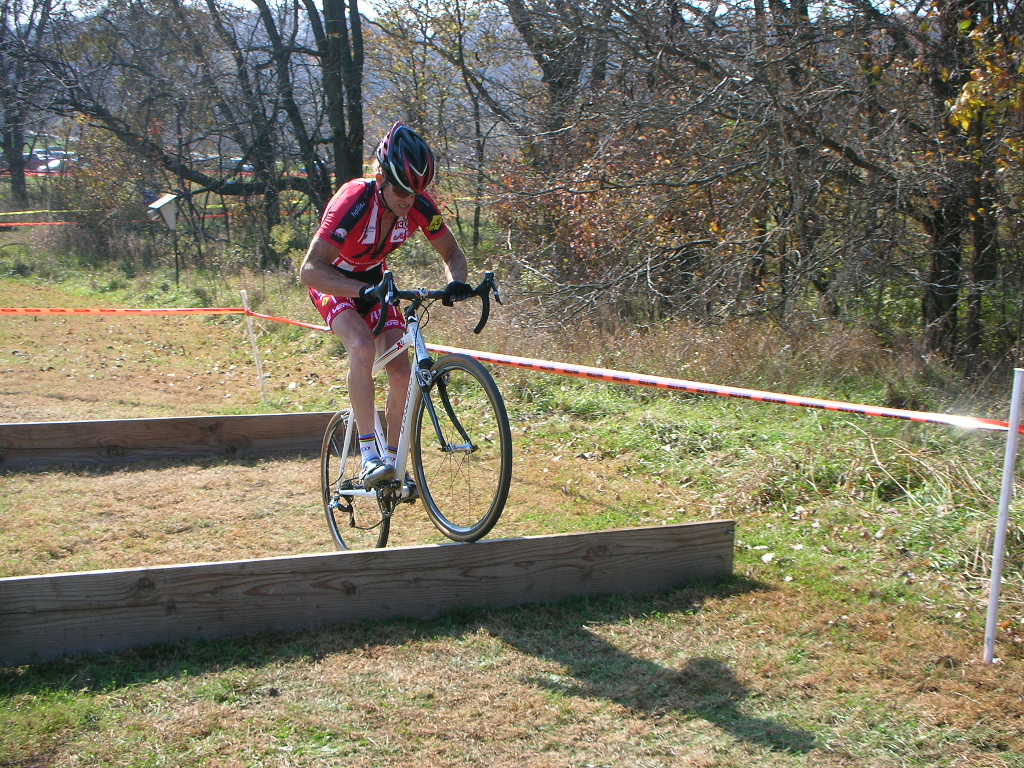 Kind of mistiming the 2nd barrier. 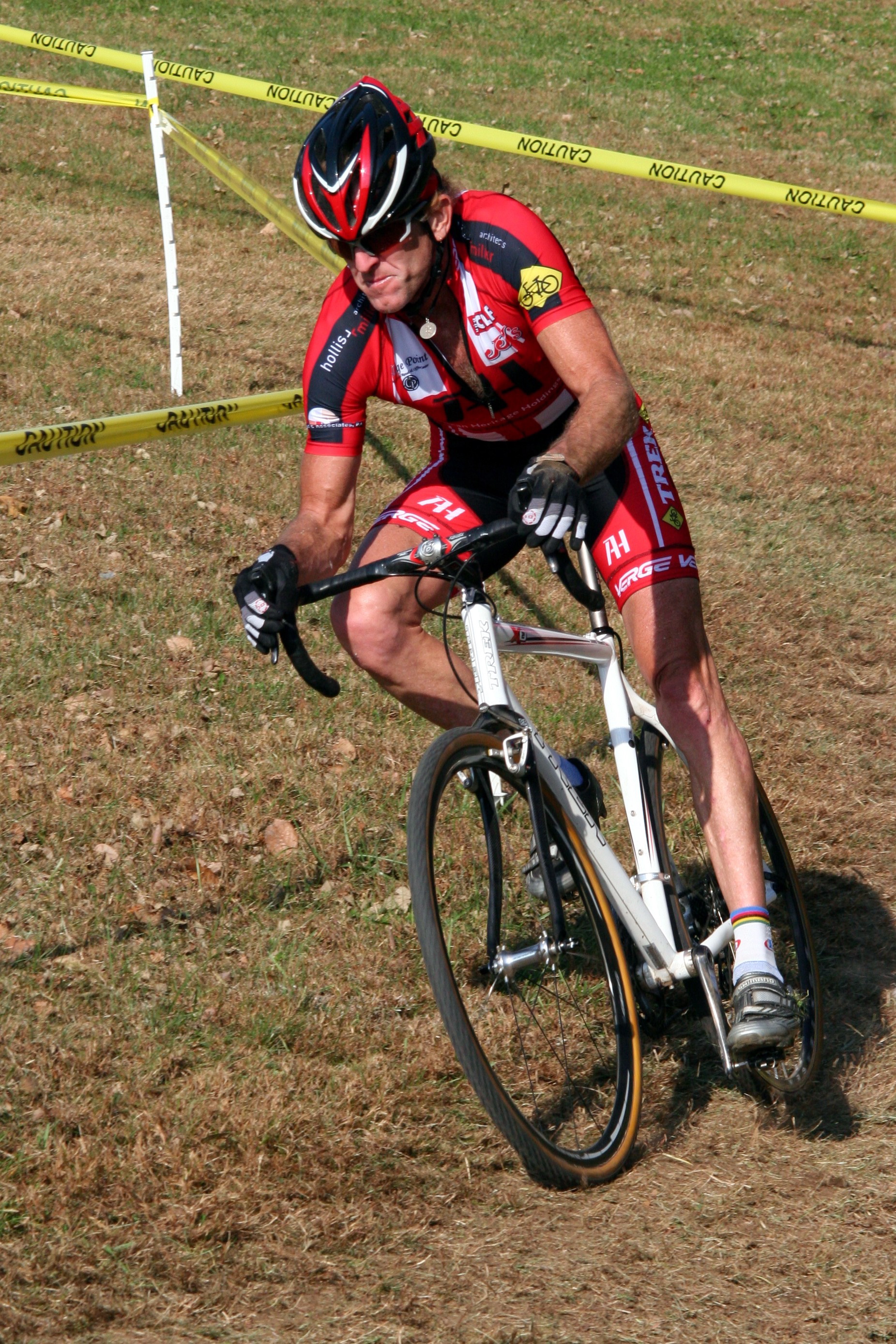