The USA Criterium Finals are held in the Madalay Bay parking lot at 10 pm the day after Cross Vegas, Thursday night. My lungs are pretty jacked up still from the cross race. I haven’t talked to a rider that raced Wednesday night that has any different feeling. I rode a couple hours in the morning and didn’t feel too bad except the coughing of nodules ever few minutes.

The race is pretty sketchy. Only one true 90 degree corner. The rest are sweepers that are mainly off camber. I got a call up and lined up on the front row. They announced a $500 prime to the winner of the first lap. I thought I’d go for it. I clipped in perfectly and then proceeded to throw myself onto the pavement 10 seconds later. Then another 10 guys threw themselves onto the ground another 10 seconds after that. And that is pretty much how it went the rest of the night.

I’m not usually one to get rattled by crashing, but a couple corners, the first and last were pretty weird. I’m not sure if it is from the lack of rain to wash the roads or what. But I felt my tires slide a fair amount of times. It was like racing a wet course, but it was dry.

I tried to move up the last couple laps. Made a big move and got chopped pretty badly and ended up 18th. I’d won a couple primes, so the night wasn’t a complete waste.

Then the rest of the evening went badly. Mainly the problem was the road rash. Normally, after cleaning out the wound and putting tegederm on it, there isn’t any more pain. But, something is going off differently this time. I packed bikes until 2am. Went to bed, but couldn’t sleep because every 30 seconds or so I had a shooting pain on my hip. It was weird, but pretty painful. Finally around 4:30am, I walked a mile down the strip and went to a 24 hour pharmacy and bought some antibiotic creme with lidocaid in it. I got back to the hotel at 5:30, just in time for a nap, for leaving for the airport at 7am.

So, we fly into Chicago, where I left my car, and proceeded to get stuck in Chicago Friday night traffic for the 4 plus hours drive to Madison for MadCross. I feel pretty wasted, but I knew it wasn’t gonna be pretty. 4 stages down. Two to go. 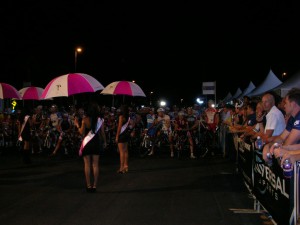 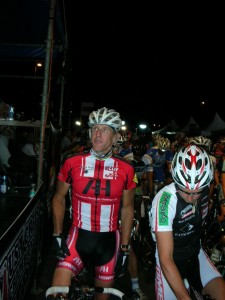 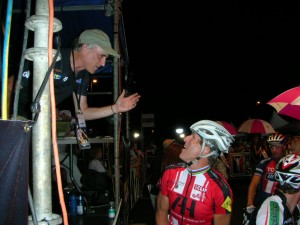